In July 2014 I adopted Samhain, then called Sam. My beloved cat had just died and I thought I would never look after another cat again but I randomly ended up on my local RSPCA website. I'd read that black cats struggle to be re-homed, something I found shocking. I love Black cats, for some reason they've always been the ones that crave attention when I've been walking down the road, The Beast had been a black cat and wonderful. Now I know they're not all alike but I'm now a dedicated black cat fan, they will always be my first choice. 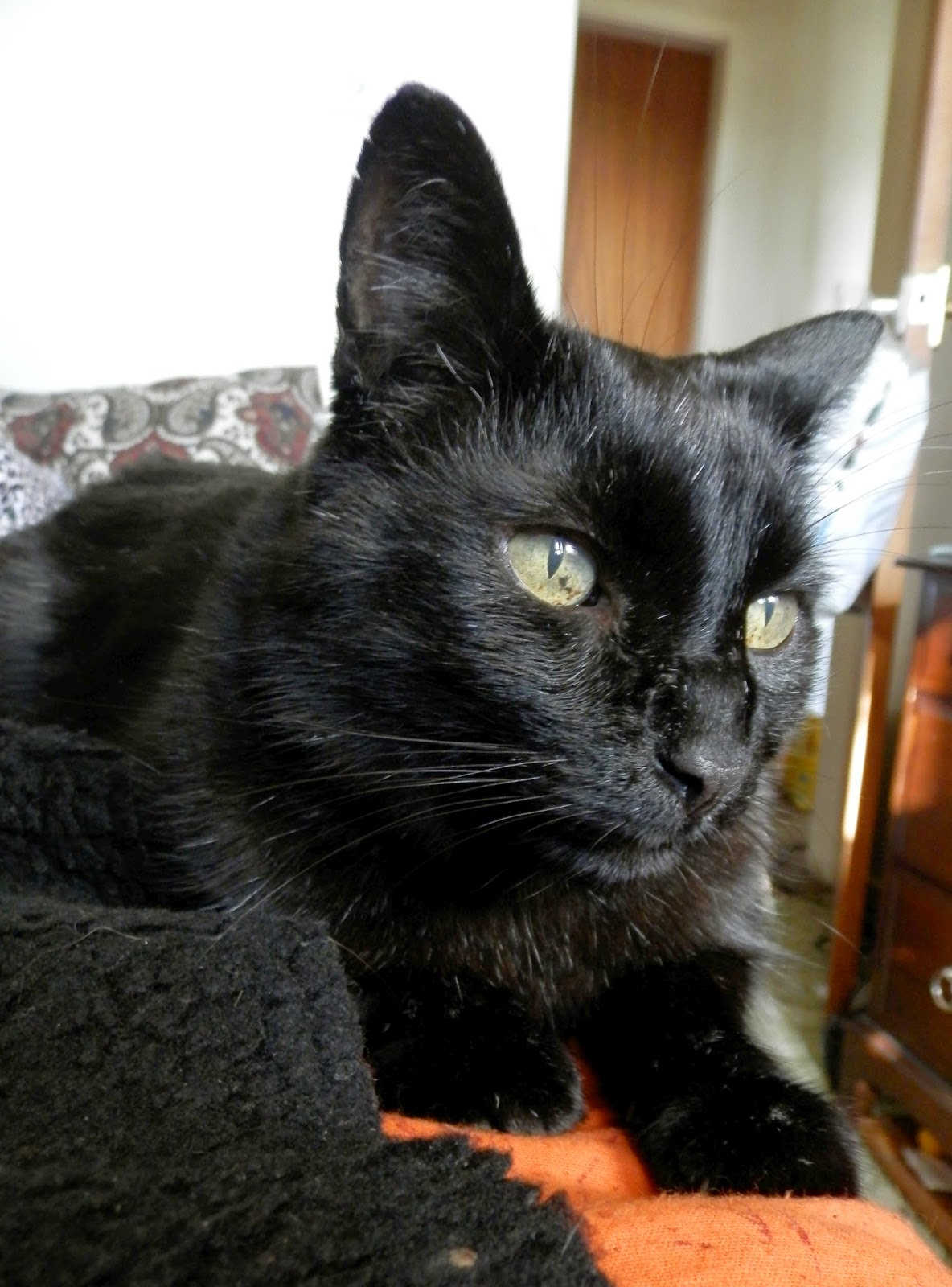 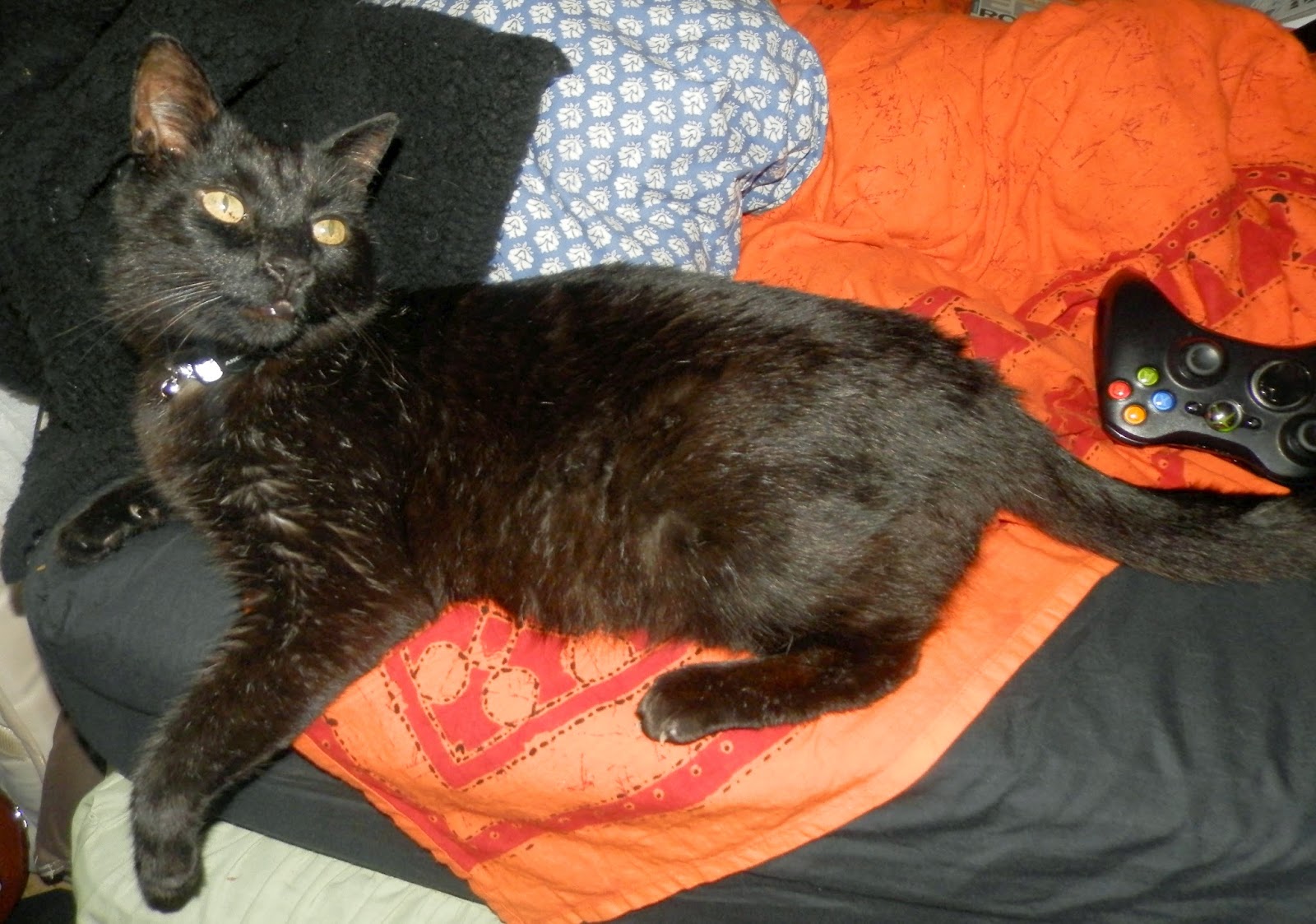 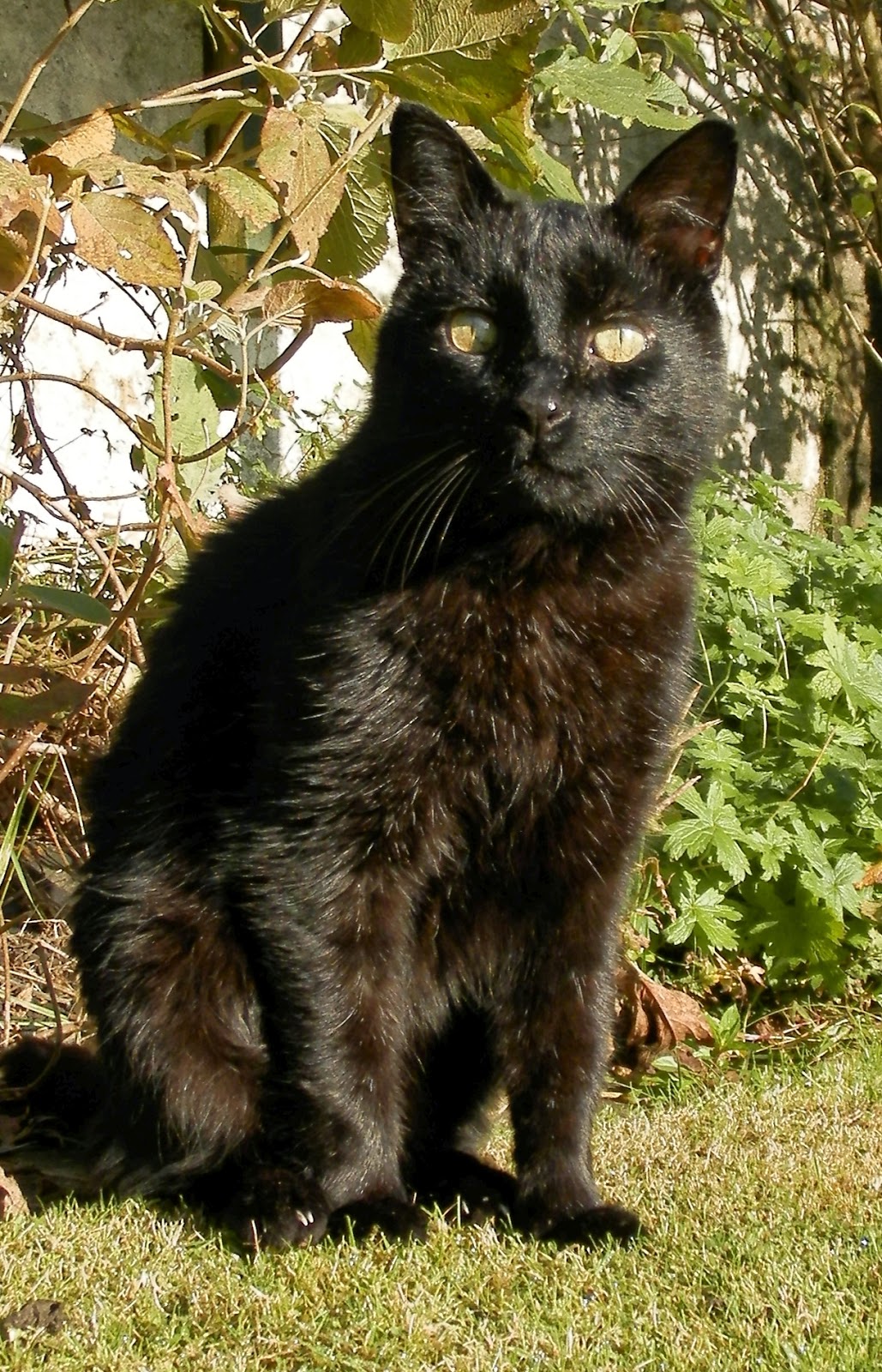 So Samhain came into our life and it felt like he settled straight away, in a way he did but as each month passes by we realise that he is becoming more and more comfortable. We've had some upheaval and heartache since then as my dad collapsed and has been in hospital since September 2014 but Samhain has adapted and has been a great comfort.

We do have one issue, he loves a scrap, he has a beef with one of the cats in the area and they fight so often we are constantly in fear of what he will come back like. Now he gets badly injured but at the same time he is really going after this cat so we just don't know what to do. so far we have taken to the vets three times after particularly bad fights.

When he was taken in by the RSPCA it was because he had been taken to the vets as the suspicion was he'd been run over, nothing was broken but he was missing some teeth and his nose was bashed. My thought now is he was just fighting, he's recently lost his one good canine tooth but this isn't stopping him. This is the one thing we'd change about him but only for his own sake.

There isn't much more known about him, he was in care for quite a few months, they reckon he's about 10 but he plays like a kitten. I shower him with good natural food, treats and toys as well as the catnip which is why I started his Catnip Reviews.

I love trying new products for him and reviewing them so I'm always open to suggestions and I'm happy to review things, especially anything that might calm him down when he goes out! So please do get in touch,via my email address.