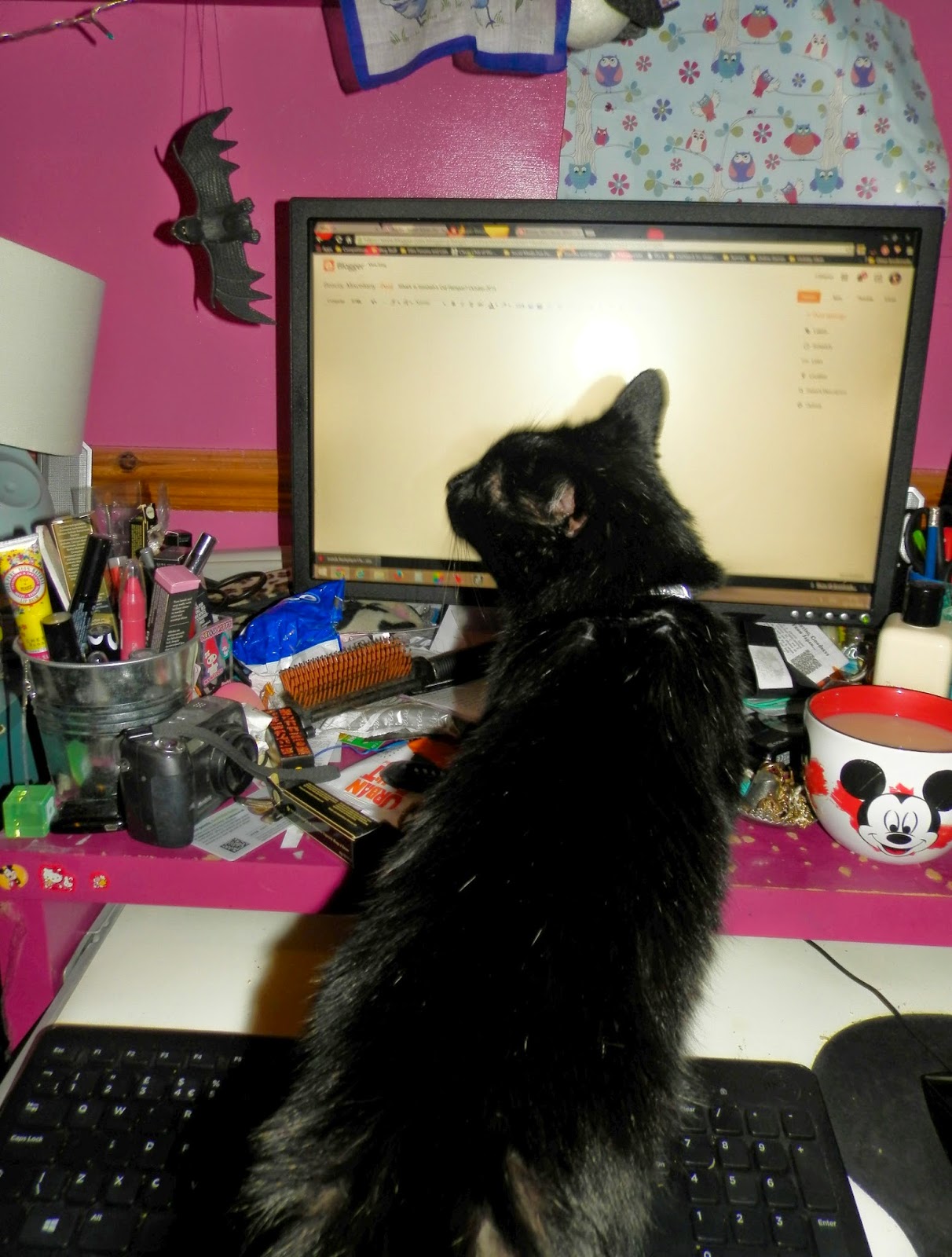 Now although I'm busy I couldn't miss out on revealing Samhain's second Cat Hampurr, so I got him to help out writing the blog!

He hasn't quite got the hang of it yet but he is learning! With all that is going on at the moment and how well Samhain is coping with the changes, it's nice to be able to spoil him. Although I can pick up nice bits from in town I can't quite surprise him as well as those behind Cat Hampurr do, as well as myself. It was yet again another fantastic selection of items. 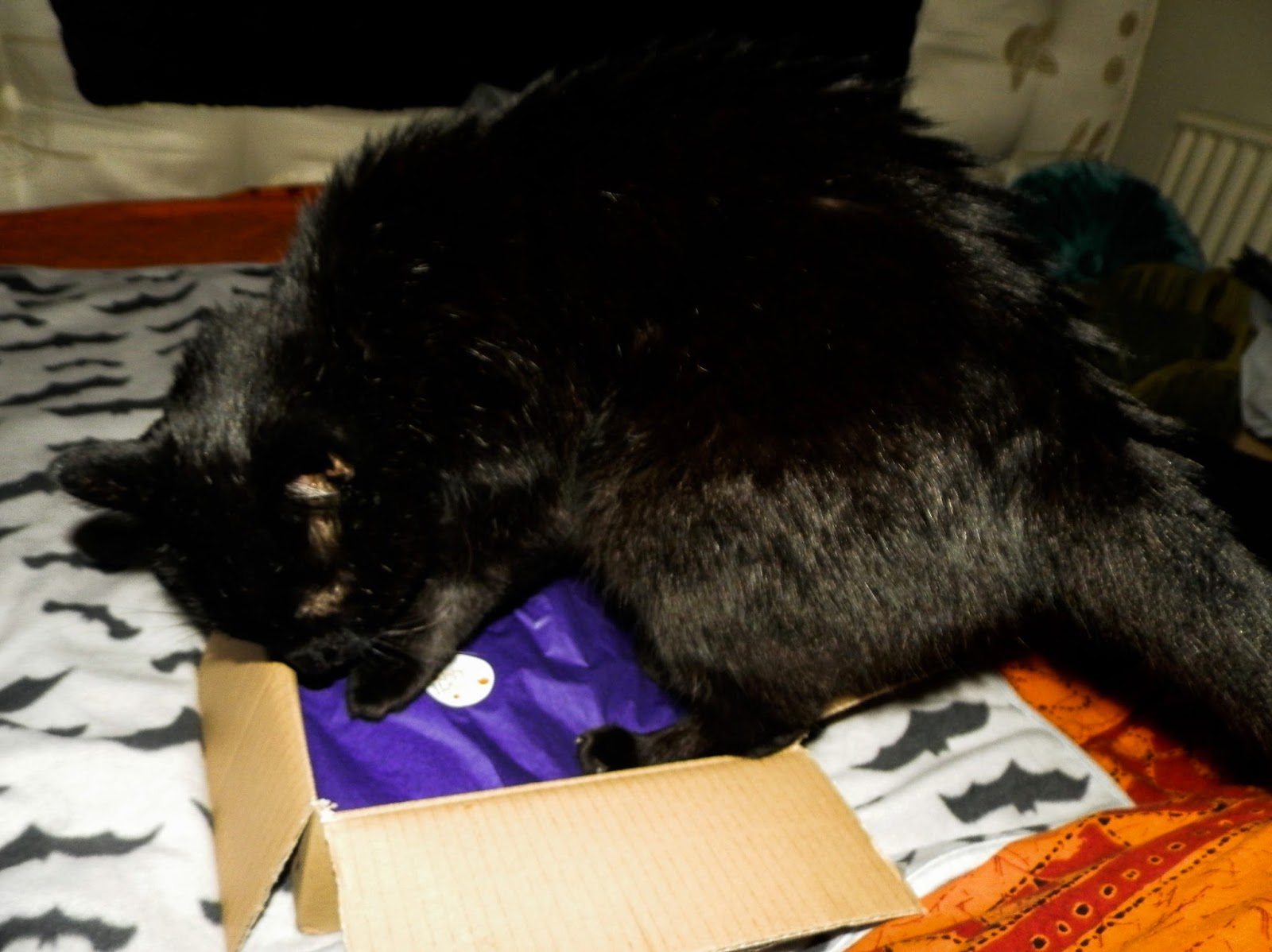 He got so excited, worryingly so, at first I thought he was going to use the box as a litter tray (see above) to mark his goods but luckily he didn't. This doesn't mean it didn't get soaked - the whole box smelt so exciting to him he ended up drooling all over it, rubbing himself against it, he didn't notice when I took everything out - well until I opened the plague rat. 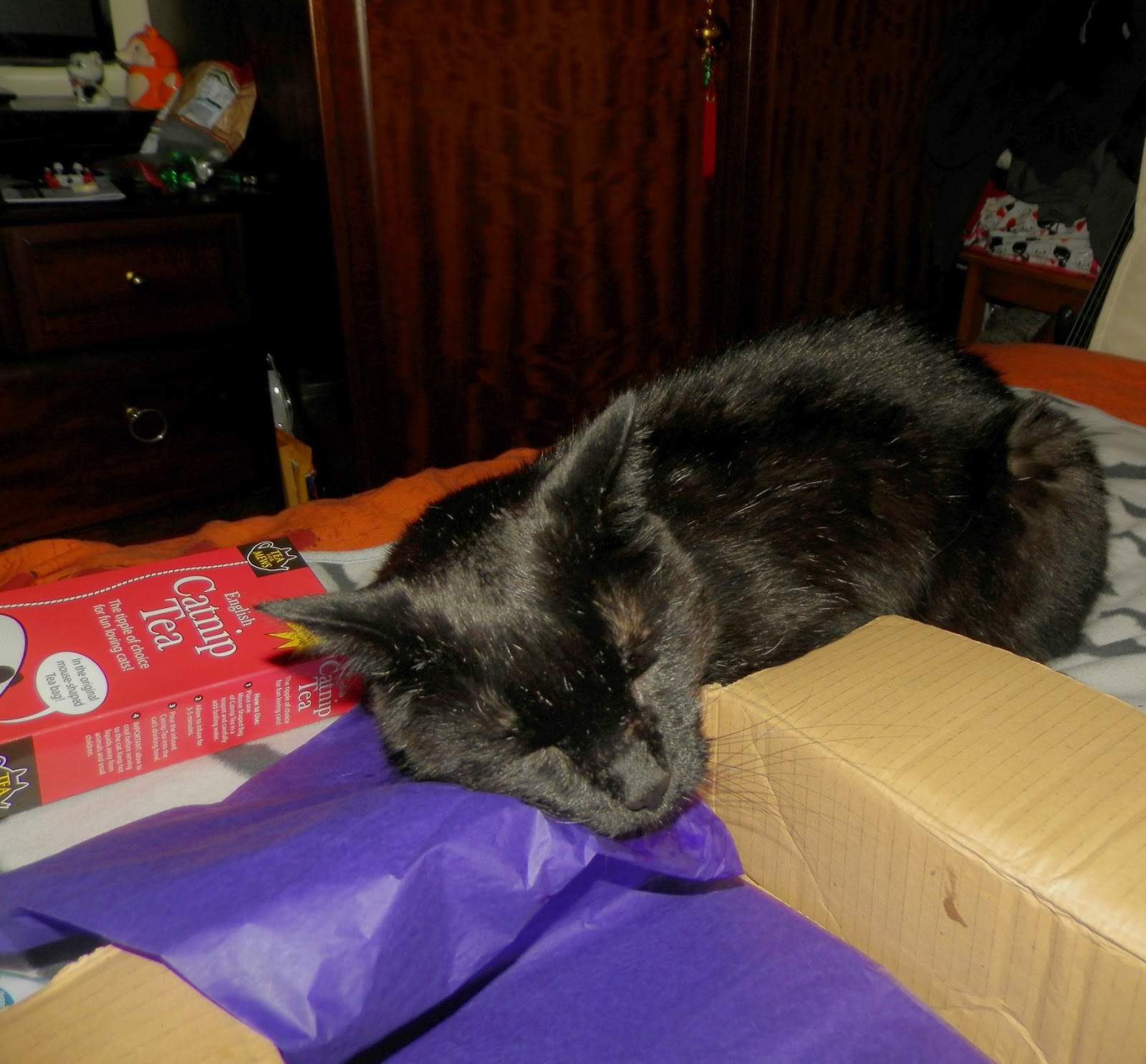 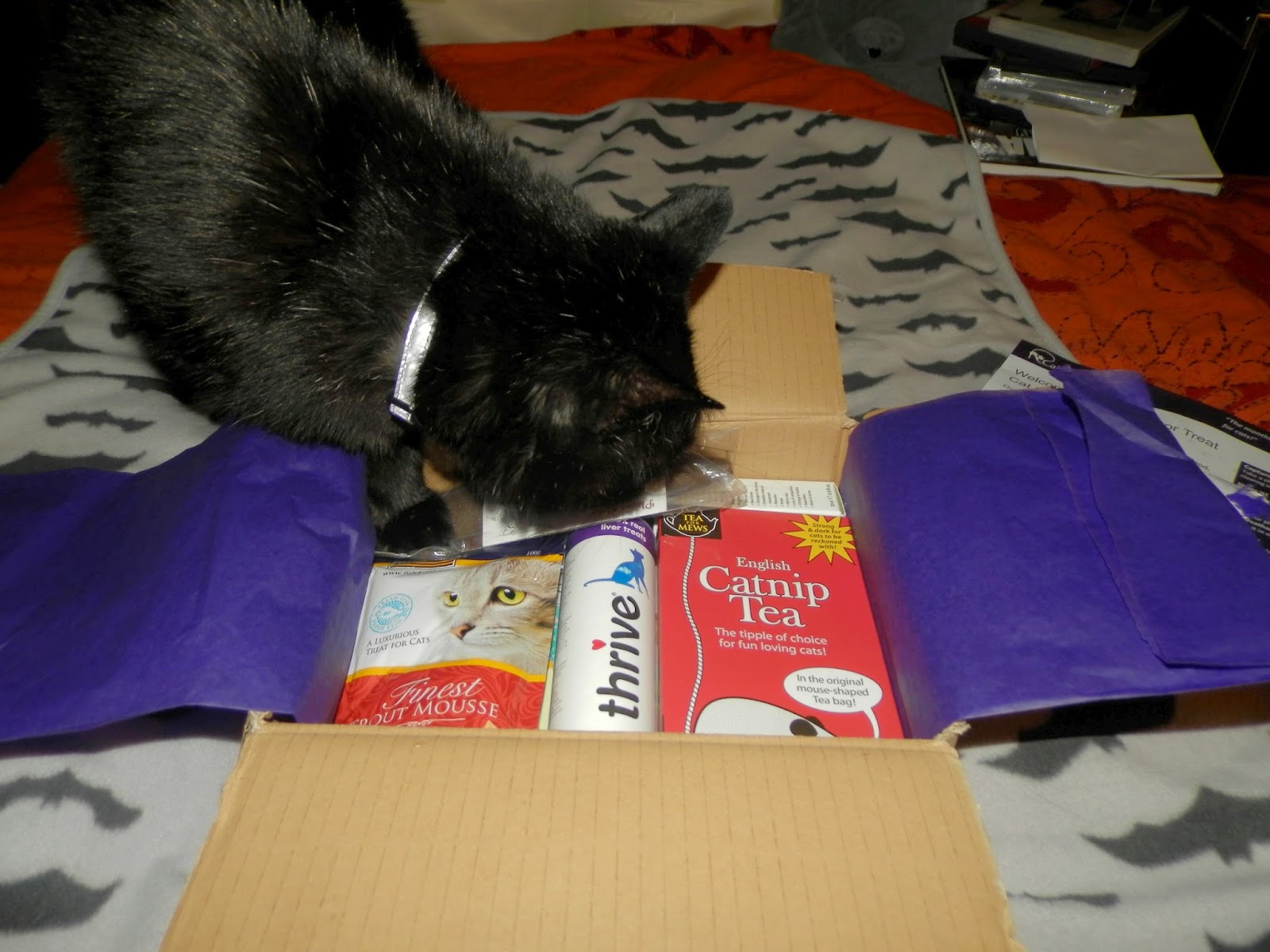 With such a variety of goods it's hard to say which he loves the most, a surprise box for a cat could be very limited but it's nice to see such a range of things for him to try. One things I was incredibly impressed to see was the de-stress & calming spray. Now Samhain is quite a happy chap but with so much going on, dad not being around at home for a month now, a turf war with another cat and myself and James in and out all the time we do worry, he is coping remarkably well but I'd be happy to try this spray out after his next encounter with the brute a few doors down, or, around the time of bonfire night - this will be our first with him and we don't know how he'll be.

We have actually tried everything else - I already buy the Thrive treats for him as he loves them, the liver are his favourite so he is a very lucky boy.

The Arden Grange biscuits I had been wanting to try for a while but as I have a ton of biscuits and I haven't noticed anyone selling them locally, I just haven't made the effort to seek them out. He absolutely went bonkers for them. I tried a few to see if he took to them and then he started to help himself to the packet.

I've been wanting to make sure he ate more fish as he isn't as keen as The Beast was when it comes to fish, he does like it but can be selective. I wasn't sure how he'd take to the mousse which is light but not in a way that it's like he is just eating froth. I put the trout out before bed and was woken to scoffing slurping noises of him wolfing it down so a paws up from Samhain.

The catnip tea is just fabulous, I tried this a couple of days after the box had arrived as he was continuing to rub himself near it, stretch up to reach it and basically act a bit bonkers! So I took it down on Sunday night to prepare it - not while he was looking but as I was walking back with the box he caught whiff of it, then he came into the kitchen.....luckily I have prepared it in a pyrex jug and left it on the kitchen counter - now he does like to get on the table but never the kitchen counter so he would alternative between looking at it from the kitchen table to stretching up against the cupboards trying to reach it, he was completely catnip crazy! It's such a fun, quirky idea that I've ended up picking up some more for Samhain but also a box for my friends cat for Christmas (yes, we do buy our cats presents from our own cats, it is in no way weird)

Now the final thing is the first thing he got hold of, the Plague Rat (Valerian Root makes cats crazy excited), he basically loved it and this is yet another toy I will be picking up more of but instead of writing much about it I will show you his love for it in photos. Although I should also mention that our bedroom has only just stopped smelling like cat saliva!