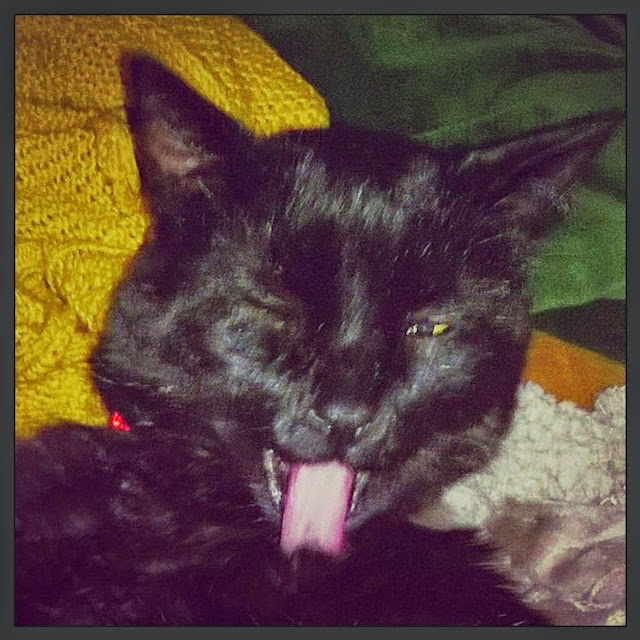 I realise I haven't been blogging much at all recently, work and life commitments have kept me busy. Samhain has also been absent from my blog posts but I thought it would be nice to do an update every so often on him, in-between reviewing surprise boxes and catnip!

Now for those that don't know Samhain is a rescue cat, I adopted him last July and there is little information about him. Samhain was found my someone who thought he had been hit by a car, was taken to a local vet and then, when no owner could be found, ended up under the care of the RSPCA. I saw him online and knew he was the one, six days later he was adopted, I made the right decision even though he does get himself into trouble.

His age is a guess, around 10, but as he has poor teeth it is hard to tell. Samhain is still capable of eating normally he just doesn't have the ability to use his teeth when fighting which is possibly a good thing. He is sprightly, athletic but bonkers. Unfortunately he has a slight issue with some other cats and has been in some awful fights, for some reason he picks on cats twice his size!

Recently he has suffered with a few abscesses which has resulted in multiple trips to the vets but he is now on the mend. He is been coping well with dad being back in the house and spends his time sleeping in whichever room takes his fancy on the night. Sometimes I awake to find him massaging my feet, this is good, last week I was woken by him humping my leg - not so good!

Now that is plenty of text, time for some adorable photos.

Samhain is adverse to selfies, I've been trying for months, I get some half decent ones but he never looks happy! 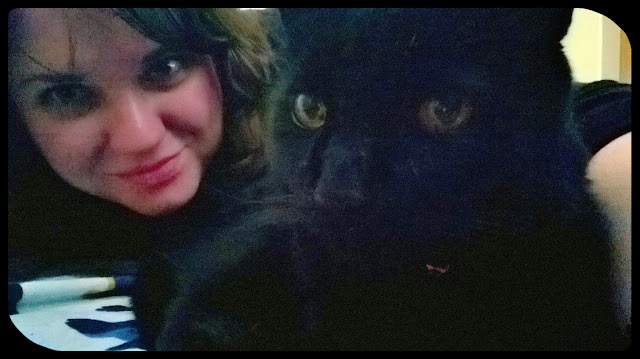 But he doesn't mind having his photo taken when I'm not in the mix.


More after the cut, I realise I'm going slightly bonkers with my photos.