Sunday Weigh-In: All About the Steps


Another funny week, another week without the scales and I'm still feeling rather positive about it. It was also a funny week for other reasons, as mentioned in last Sunday's post we have a very poorly cat on our hands. Although when we took him to the vets he was much better we've stuck solidly with the tablets the vet has given us and he seems to have finally adjusted to them, it's been hard though and we're still running around after him, checking his litter box to see what has been deposited and basically mollycoddling him. He is perfectly fine, active, good appetite, interested in life, sleeping well, cleaning himself, drinking, tail pointing up with an inquisitive curl, skipping around and perfecting waking us up in the middle of the night with some charming singing or just leaping between myself and James, bladder to bladder. Well I say perfectly fine but the vet has said he is terminally ill so that is something I can't clear from my mind. Anyway the mollycoddling has had a positive effect on my steps.

Now as I've mentioned previously I've stopped concentrating on steps at the weekend and instead are focusing on exercise. Mainly because I'm so exhausted most of the time, I'm taking painkillers from the moment I wake up and I just need a bit of rest at the weekend. Although with following The Beast around has meant I'm not doing bad, not only did I do some exercise yesterday but I also managed to clock 8,569 steps which is a miracle as the day was terrible, I slept until 1pm after being up early with The Beast and I did nothing I planned to do which brings me to today, I have decided to do nothing, no exercise, no step watching, I just want to do weekend stuff and a little of the tidying up I planned. Although I'm still wearing my fitbit - I always wear it - so I've been taking a look and I'm pleased to report that as of 2pm I'm up to 3,414 steps - not bad for a Sunday. I've always said I'd be happy with 5,000 steps on a weekend day so I'm over the moon.

However with one positive comes a negative, I have only exercise 3 days this week. A little on Tuesday, Friday and Saturday. It wasn't just Beast-watch but I've hurt my knees. I have a terrible habit of pushing my knees back further than I should, not just to gross people out but I sometimes find it hard with certain exercise so I wanted to take it easy to avoid exacerbating the pain which can be hard to judge over all my painkillers. Just as I was starting to feel better and planning a workout on Thursday I injured myself, in typical clumsy fashion I kicked the base of the shower, my toes went crunch and have slowly turned a nice shade of mauve. It wasn't too bad yesterday but the pain has flared again - I'm hoping all will be back to normal in the next few days.

Eating wise I've been okay apart from Wednesday. I always believe in eating in moderation but including everything you want to eat but I still trying to make sure I'm 80% good on weekdays and Wednesday I wasn't. It was a colleagues birthday so he brought in tons of treats and I not only had a little bit of everything but I had a chocolate muffin for breakfast instead of my usual. It wouldn't be too bad but I found having a big, un-nutritious breakfast left me hungry all day and nothing fixed that. I was still under on calories but over with fat and frankly I felt sluggish so lesson learnt there.

I've made a small change to my lunch at work, still obsessed with Ebly durum wheat but I'm not having 40g rather than 50g. Now my lunch is rather low calories anyway, this takes it down to 290 calories, 44g carbohydrates and 7g of fat, I'm not trying to cut down my total calories but spread them around. I've frequently found myself slightly peckish so I've decided to move my snacks around, usually one mid morning but I now plan to have three every hour after lunch. I'm also looking at cutting my main meal down slightly as I usually want another snack when I'm back home. So I'm still trying to find what works. 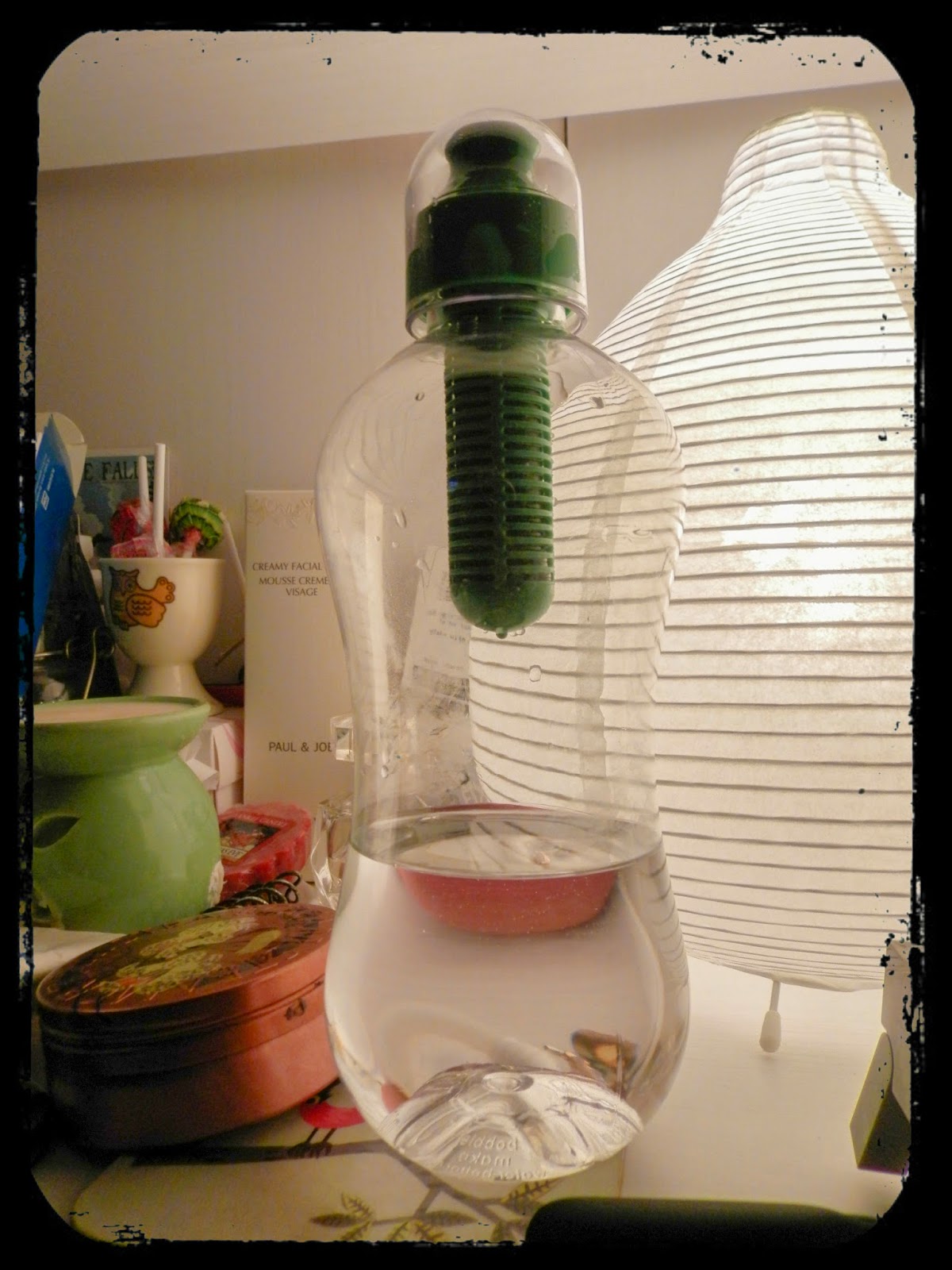 Another positive from this week is I bought a new water bottle. I always used to buy bottled water not because I perceive it to be better quality but so I can keep on top of how much I drink. It always felt wasteful which is why I finally decided to pick up a Bobble water filter bottle. Now I can get water from the cooler at work which also gets me up walking and I plan to continue with this but I find it very handy to keep by my bedside, use while I'm working out and taking on walks. It's really quite amazing as I usually hate plastic water bottles as they always taste slightly funny but now I'm just having perfectly filtered water - definitely worth £8.99.

Short Term Goals
Focus on the exercise, I can keep track of my heart rate which means I can push myself efficiently burning more calories in less time - still the same but I also want to make small alterations to my diet.

Long Term Goals
A holiday somewhere warm where I'm happy to have my photo taken at a distance although The Beast comes first - very much still the same but I also want to be able to wear jeans comfortable again. I also want to see my ticker moving again.