The 6 Month Challenge - What the Heck Happened?


A year ago I started a 6 month challenge with myself. My aim was to use up what I had when it came to toiletries, I have stacks of stuff but I don't ever seem to make my way through it. The challenge was apart from buying basics - shampoo, deodorant and shower gel, I was on a shopping ban (cosmetics not quite included). It was started out of boredom from being stuck at home in pain and on a lot of medication but it needed to be done.

I should have known something would get in the way and something did and the whole experiment ended up on pause for quite a bit while I was in hospital having surgery and after while I in bed recovering. I did do an update in August last year and decided to carry on which I did, diligently saving my empties (see below), I just haven't updated until today. 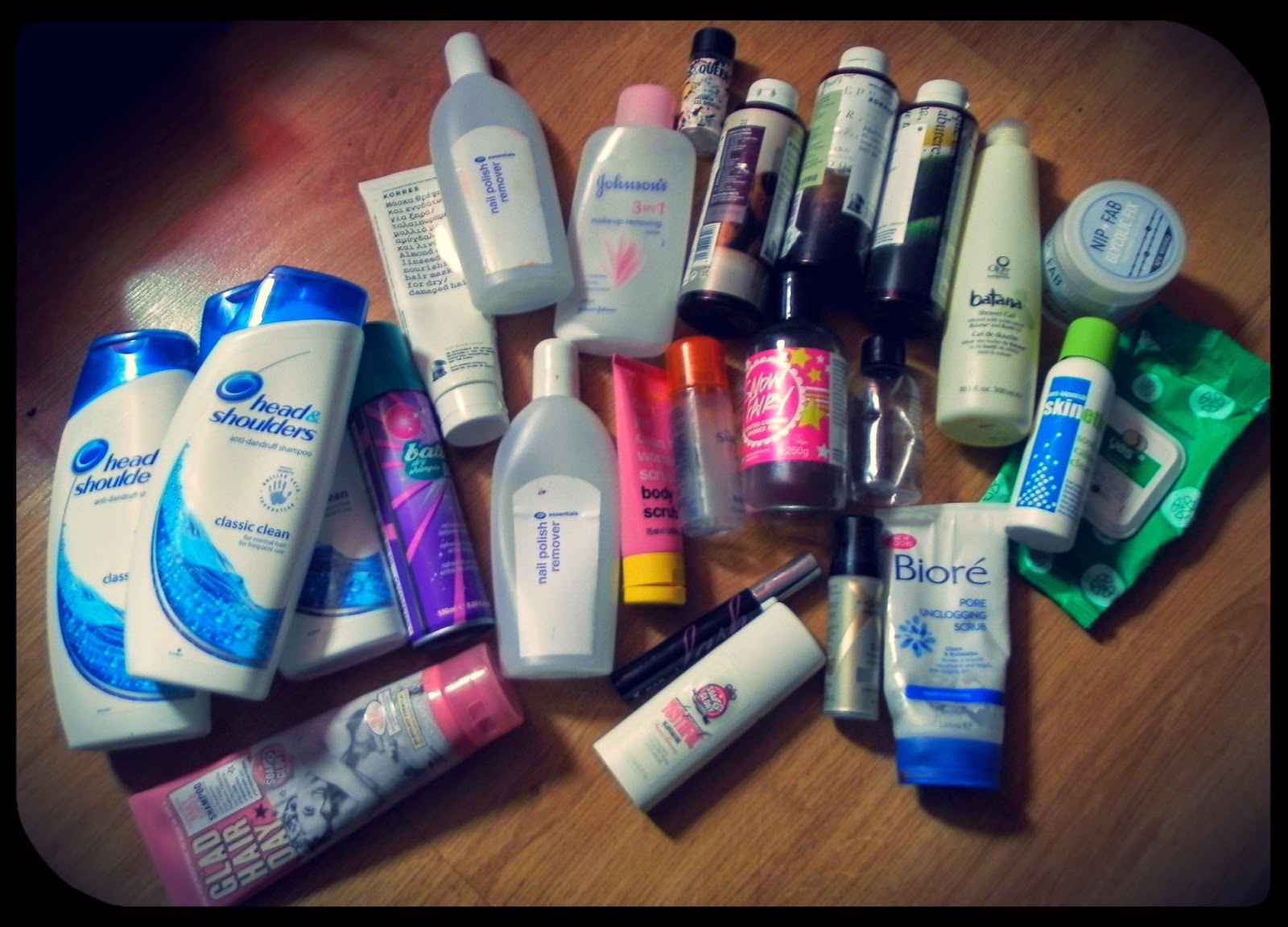 Now I didn't save my empty deodorant bottles AND I forget to save a few bottles, another Skinetica, another nail varnish remover and a few I can't remember.

I get through my fair share of shower gel, shampoo (currently looking for something to replace H&S though) and plenty of nail varnish remover, no surprise there, but I struggle with everything else which is where the problem lies at least I've now worked out why.

For starters I don't have a proper skincare routine, mainly as I haven't found out what works for me. I think it is hard to use something routinely when there isn't a big difference, I've actually had a Simple cleanser, toner moisturiser set since last year and although I use it once or twice a day (when I'm feeling lazy the wipes come out) I'm really not getting through it. I also don't make the effort with any exfoliators and same with moisturiser as I just don't need it although as I'm in my thirties I'm feeling the need to use it just to be on the safe side.

I also find it hard to use my fancy stuff, I like to save it for best when really as I've already bought it I should just get it used up.

Also, notice how there is barely any make-up, nail varnish nor lip balm. I have too many different options when it comes to make-up and nail varnish, even thought I only have one base coat and top coat I'm only half way through them after 18 months! I can't even use lip balm up, a product I use daily. I have a problem with buying more and more lip balm, when I get bored I get a new one. So I do have some bad habits I need to get out of, 2014 will have to be the year for this.

So what lies ahead?

The challenge is ongoing, I'm actually going to extend it and say I have to use up everything I have before I can buy anything other than the basics so no matter how much a new skincare product promises to solve all my problems, tough, I'll have to wait. I might cheat a few times and force James into scrubbing his face and moisturising with my moisturiser but that is it. PLUS no more cosmetics, I know I won't get through it all but I will say that if I want a new lipstick, nail varnish, eyeshadow then I have to use up at least 5 of the ones I already have before buying another product. This is going to be torture but not only do I need to save money but I just haven't got the room.
Posted by Unknown at 16:17