Now this won't be much of an update, it hasn't been much of a week. My gran is still very ill in hospital, I've been visiting daily but to be honest she really hasn't been concious. I did skip a visit today and apparently she was a lot more talkative! Anyway, It's been a busy week, I mentioned last week I was at breaking point with everything and the same thing stands pretty much.

We've cancelled our holiday but fortunately I was granted last minute leave starting Wednesday afternoon. I've been concentrating on visiting my gran, looking after my mum and somewhat trying to rest although I've been panicking and not sleeping well so even though I've not been in work since Wednesday lunchtime I still feel shattered with everything. I will take a two week holiday at some point once we are on track with grandma, if she recovers, hopefully she will.

So back to the point of this post, health and fitness, I can't really say I've taken a break as nothing has changed that much but I haven't been logging my food so that it saves me a little bit of time and I made the decision to rest from exercise just from this week. I did think I would do it at the weekend but I was still juggling visiting hours with housework AND trying to rest a bit so I decided on rest rather than exercise. Now next week might be just as frantic but I will also be back of work as of Tuesday but I will be trying to get back on normal.

I have been trying to get my steps as close to 7,000 daily as I could - it's not so bad with visiting but it does make a big difference not going to walk as I clock up about 3,000 just getting there and back! Not quite there today but I'll be making sure I get up to 5,000 at least! 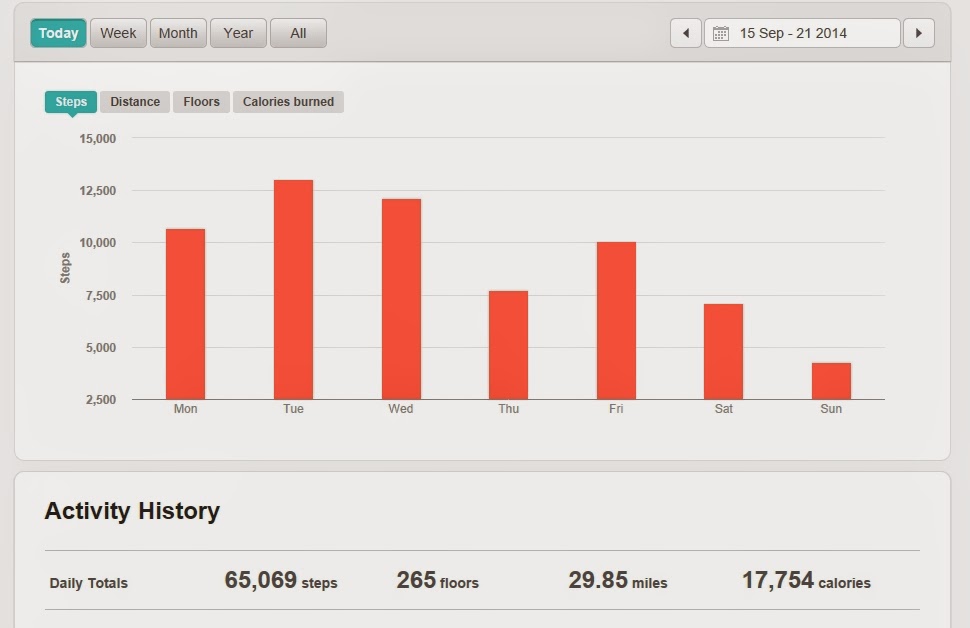 I've not been going overboard but as I say I haven't been logging food so I've been mainly sticking to three meals rather than my two light meals and plenty of snacks followed by a standard 600 calorie (on average) tea.

Short Term Goals
For now I'm just going to worry about my gran and my family.

Anyway I hope everyone else is having a better week than I am!