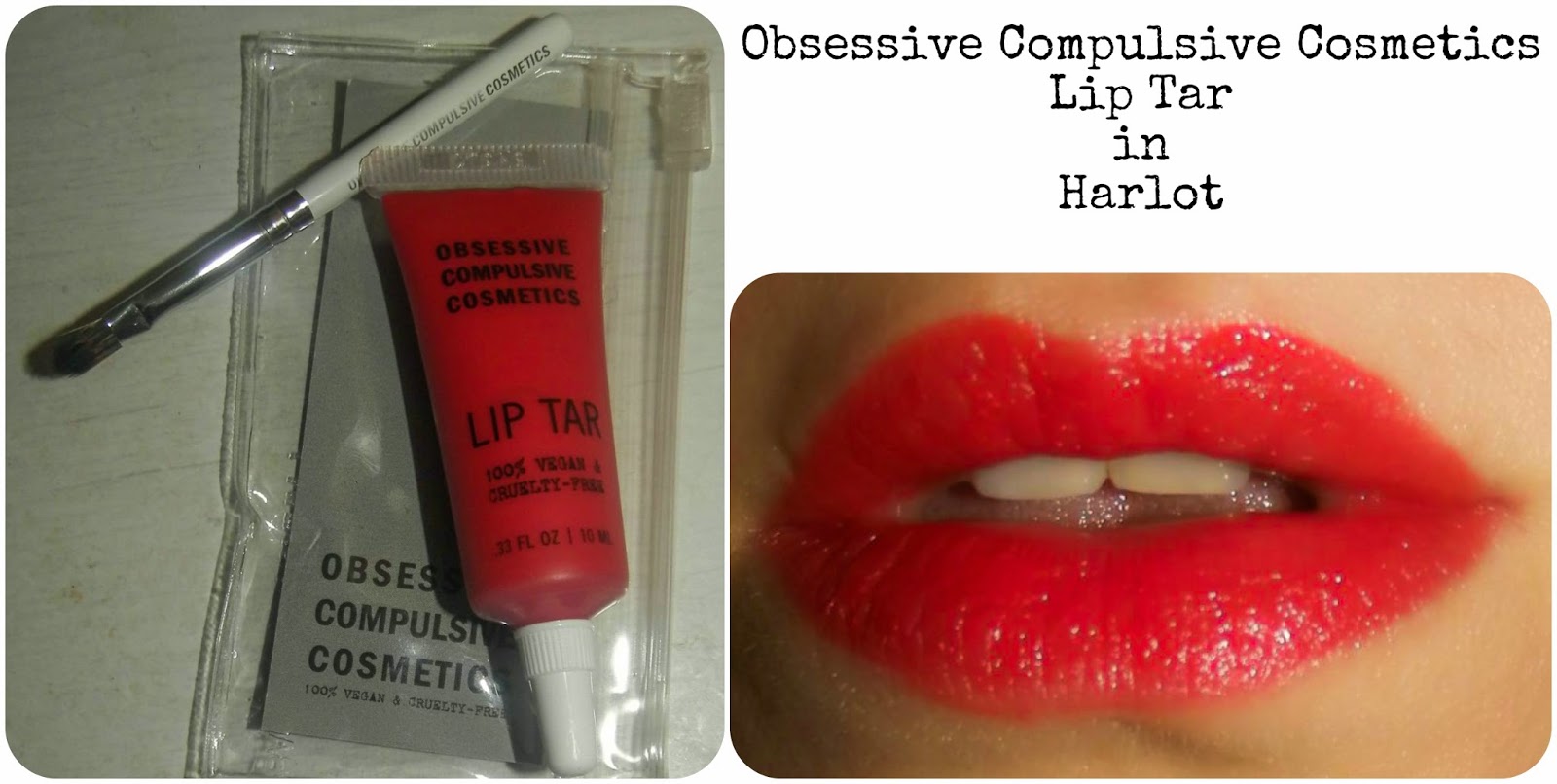 I love Obsessive Compulsive Cosmetics, I already own both a very dark shade of the lip tar, and a very light shade (which I'm still to try) but whilst picking up some Christmas presents for others I decided to buy a little treat for myself and chose to pick up an in-between shade, a light but bright reddish pink called Harlot.

I love how the product is presented, the little case is handy for popping in your handbag and the brush is fantastic but also very necessary (I'll mention why later). I like the fact that having it all together makes it easy to find and quicker to use, I hate it when I have the product but not the brush and vice versa. The one thing that would make it better would be a little mirror in there too, but that's such a minor thing.

This colour is both light and vibrant on the lips, a real stand out, old Hollywood type pink/red. Even though this is quite light the colour can get everywhere if you're not careful, I would never apply with my finger as it's quite hard to get off, before you know it you'd be covered in it which is why the brush is rather necessary but it doesn't mean that it takes extra work to apply, it's just different. Although I like to be able to just throw lipstick on I always like to take my time with vibrant colours no matter what.

The product is somewhat goopy on the lips but this isn't uncomfortable. It's really glossy but once on it settles and somewhat sets after a bit rather than smudging.

I've found this shade to be long lasting, even after the initial layering had calmed down my lips were suitably stained meaning I was never without colour between touching it up. I still haven't picked up their primer, I imagine if I had that on underneath any of their shades the staying power would be even greater.

I just love OCC's Lip Tar, even though I wouldn't usually wear a lip gloss if I want that look my first stop is for the Lip Tar.