Sunday Weigh-In: Minus the Scales

This is going to be a very quick post. As the title suggest I haven't actually weighed myself today nor this week. As I don't have an event in mind I'm concentrating on fitness rather than weight - I know losing weight will help overall but my main goal has to be getting myself as fit/fitter than I was before I became ill. Sometimes it feels like big things have to happen before you can change your fitness but it isn't true, a week of walking around more and I was striding up the hill, little things make a big difference and with turning 32 around the corner I will instead be concentrating on having a bit of fun this next week starting with last week....

My first night out in ages, my first stay in a hotel in ages, my first night away from home in forever (Stepping Hill Hospital does not count) I had so much fun, we had an amazing time. We went to the cinema (Only Lovers Left Alive), watched a band I adore (Goblin) and stayed in a wonderful hotel (The Midland, Manchester) the next day we went shopping, proper feet blistering shopping - I will post what I bought some point this week although I've already started with the Illamasqua nail varnish, marquise - too gorgeous to resist. I didn't count the calories but after doing this for two years I'm fully aware of my calories which makes it easier to balance - add to that I was more active than I have been in a long time I wasn't really worried.

I have to reflect here though, I was extremely active over the two days away, Wednesday I racked up 12,175 steps and Thursday 16,237 which is an impressive amount I had a doctors appointment on Friday and my plan had been to keep it up but I just couldn't, I was exhausted, I needed to take more painkillers and I'm still feeling shattered. Friday I managed a pretty meagre (by my usualy standards) 7,522 which at the time felt on the low side but not compared to the weekend Saturday just over 5,000 and today, well I haven't even hit 2,000.  Part of me is slightly disappointed but there are a few things I need to remember;

Okay so I'm under my steps for this week but it isn't like I haven't done much at all, Thursday was a long day that came after a long evening of standing, breaks like this have to be expected until I'm completely well again.

Plus I had plans, my parents are away so James and I are in sleepover mode, the mattress is downstairs and we've had a film marathon which will be followed by another film marathon next week, Wednesday night until Friday morning. It's my birthday next Saturday so I want to do the things I enjoy - next week will be slightly different, I'll make sure I'll get up more, jog on the spot for 5 minutes every hour so I'm not completely inactive plus I'll do my bit on the cross trainer. This will be easier as it isn't following two active days.

Hopefully The Beast will be joining us for the film marathon again. He loves climbing on me, sleeping on me -possibly as I don't toss and turn as much as James does in the night. I was lying on my side but he still insisted on precariously lying on my side. Bless him, I love him so much!

I know many people would suggest getting a dog as I great way to become more active but having a needy, loving cat works just as well, he has several small meals a day and requires smelling the fresh air on the conservatory step at leasts twenty times an hour, plus he sometimes needs escorting around the garden like yesterday when I took these photos in the glorious unexpected sunshine. 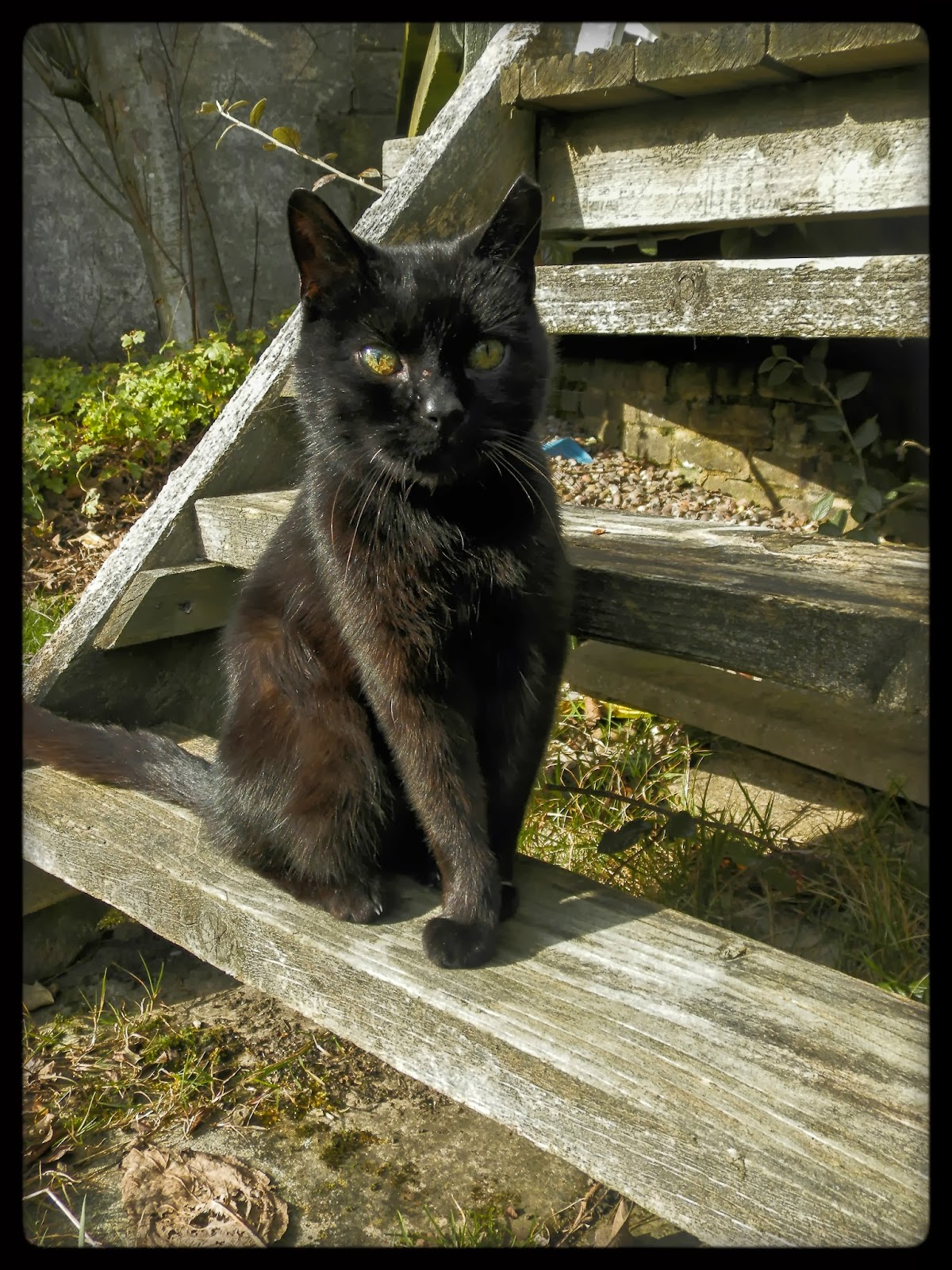 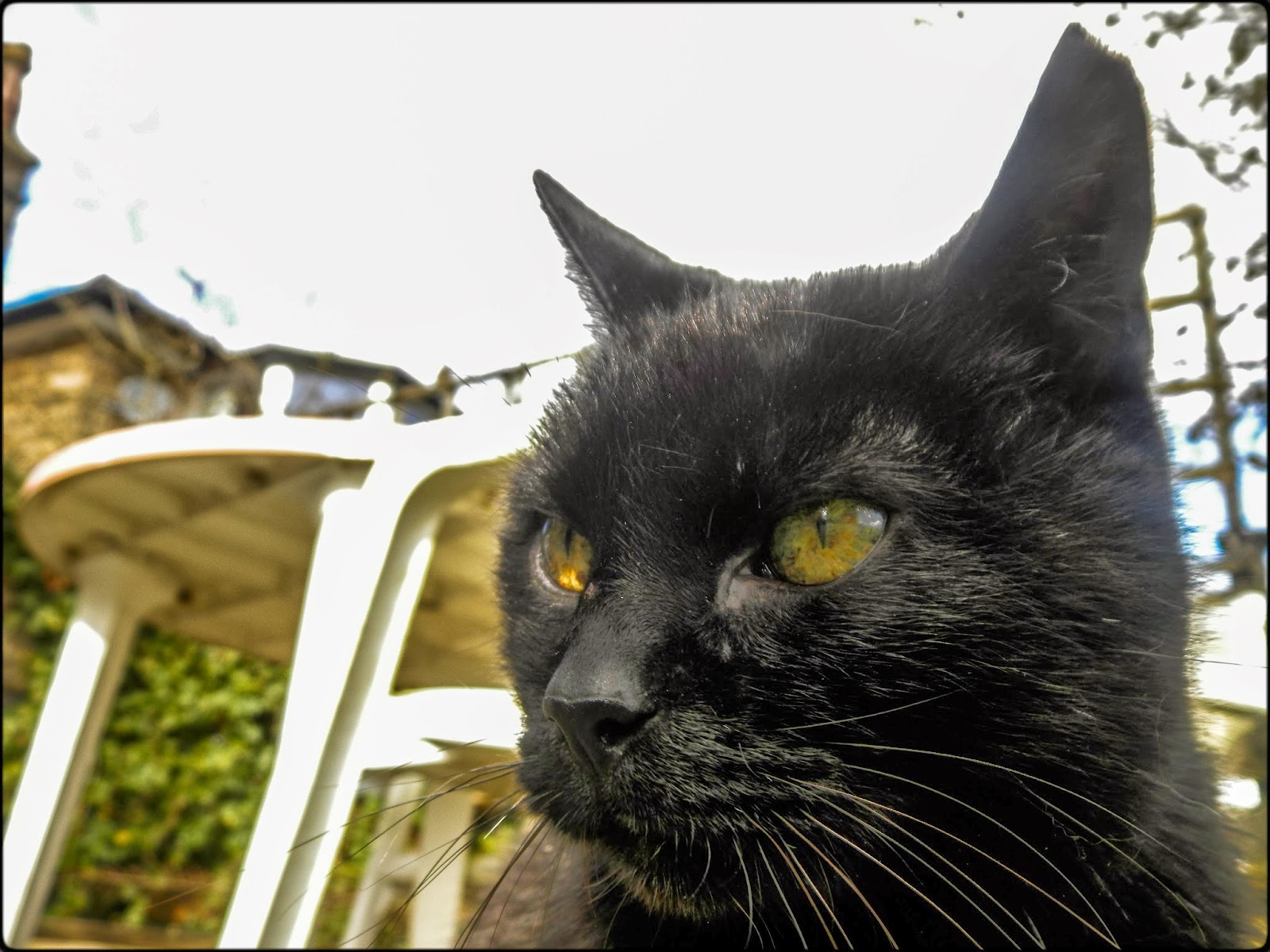 another photo of him this time lying on my leg to get a good view of the film. 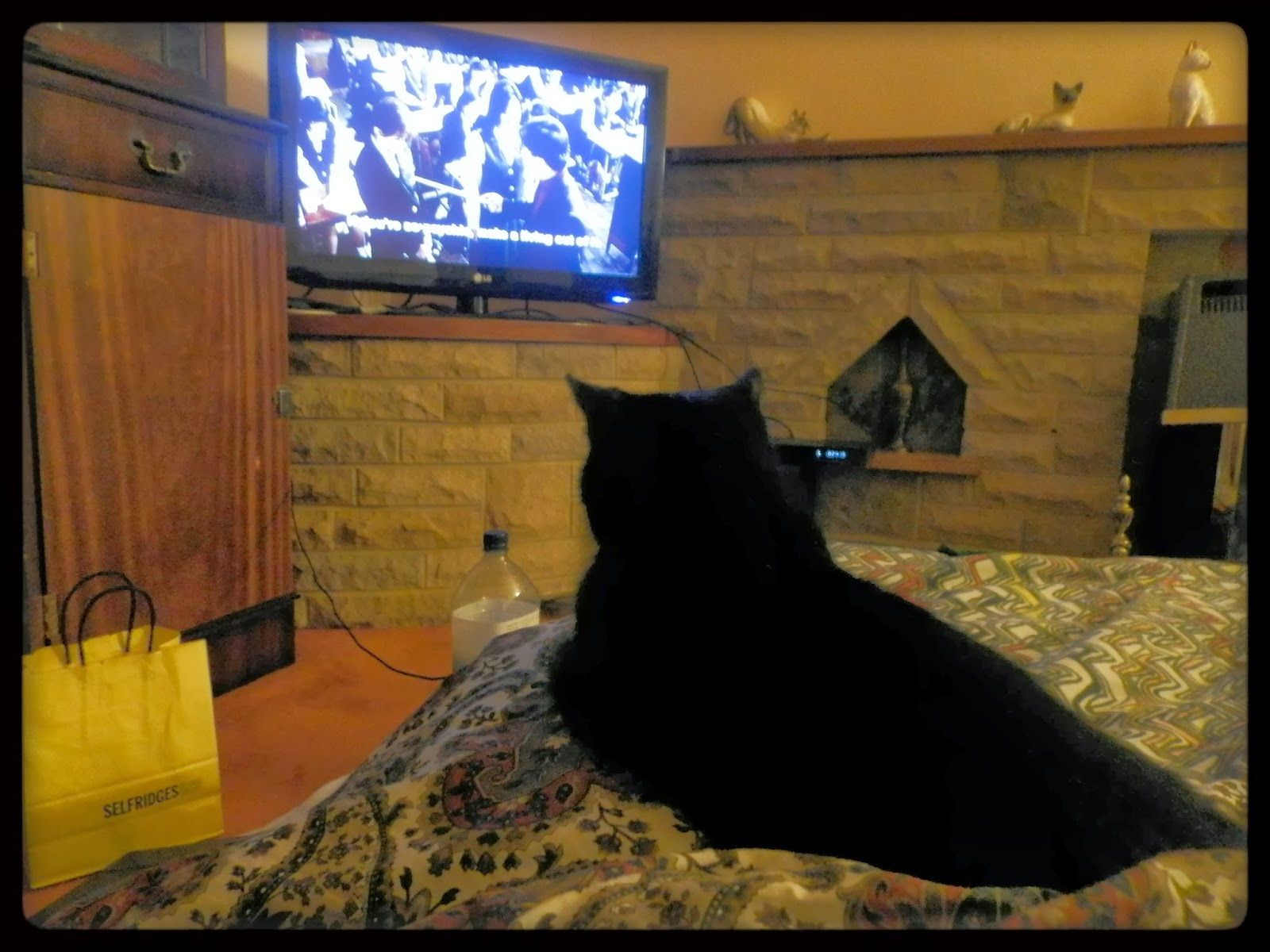 Time to wrap this up!
Short term

Exercise - Get my weekly step total to around 70,000 again although next week if I'm at 65,000 whilst having a film marathon I'll be happy.
Food - The plan is to eat our tea as soon as we get in before exercise, hopefully this will help - still want to try this out properly this week, I really think it will make a big difference.
Goals - Have a nice birthday, think about how I might look next birthday rather than worrying how I look this one.

Exercise - I want to take up kettlebells and start to use the gym at work - still applies.
Food -  Control some of my urges, spread my calories more evenly throughout the day - again, same.
Goals - I have a pair of trousers from Joseph that I used to wear all the time when I was in my early twenties, I still have them and love them so I would like to fit back in them along with all the gorgeous dresses I have. Still the same! Plus I want to enjoy trying things on in changing rooms rather than feeling like its a hassle.