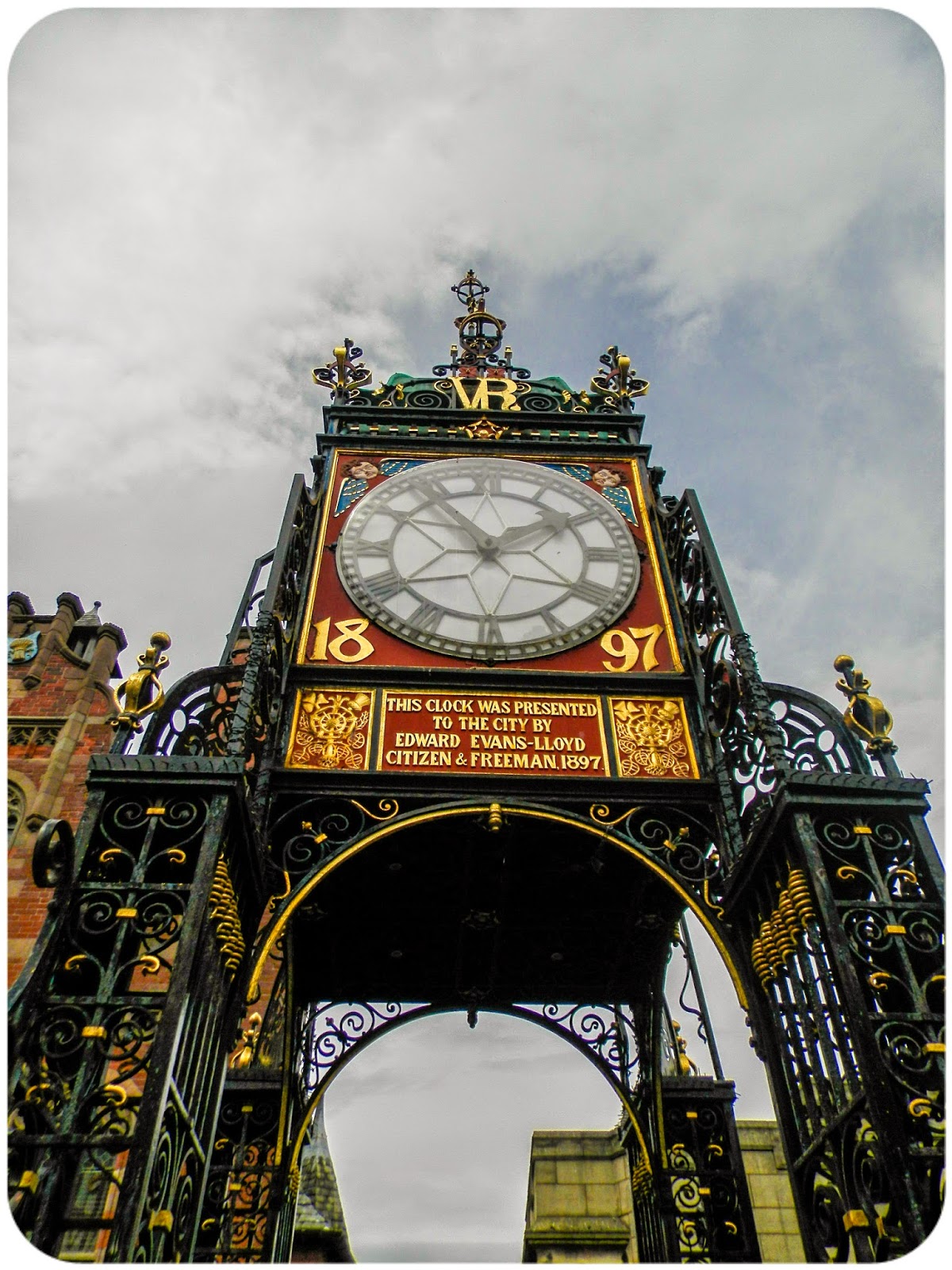 I was away last weekend, a mini break in Chester, a city I haven't visited for at least twenty years. My memories of Chester weren't actually that positive, I don't remember enjoying the historical sites (I was always a much bigger fan of York and still desperate to visit York again) and on my last visit as a young teenager I don't remember the shops being any good at all.

I decided we should go to Chester rather than York as I thought it would be nice to visit Chester Zoo again - although I'll have to save those snaps for another time - all taken without flash of course! As this was partly for James birthday and partly to mark the year that has passed since my surgery. I hadn't planned much time in Chester itself we only had 3/4 of a day when we first arrived and half a day before travelling back to do stuff in Chester - I hadn't planned much other than a walk of the walls. I hadn't even planned where we would eat in the evenings but we ended up going to just a chain tapas place the first evening, La Tasca the next evening we went out again, I thought we would just crash in the room after the zoo but I was in the mood for a nice pizzeria and a quick search online found me La Fattoria, we went without booking and had to queue but it was worth the wait, a lovely place with very reasonably priced food and friendly service. I can now conclude that my parents didn't make the most of the historical attractions in Chester (this isn't usually like my mum) and the shops, even with the recent high street decline, are pretty amazing - so I got to do a little bit of shopping - I'll feature the goods I bought by the shop I was most impressed to see in Chester a bit further down but first I'll start with the hotel.

Quite a few photos so this post continues after the cut!


We stayed at the Abode, we were offered the chance to upgrade our room so we did and ended up in one of their Enviable Plus rooms and although we were spending a lot of time out and about it was lovely to come back to this room and have a little lounge area, the bed was also huge so I was able to sleep in my favourite position, the starfish. Now lets talk about the bathroom, it had a huge monsoon shower and a huge bath, the bathroom itself was open (apart from the w.c.) which I love. Over the two night stay I managed to have 4 showers and 2 baths! Enough text, here are the photos;

Now on to a few more photos, I didn't take a photo of everything we did, or at least include them on here, we went on a boat trip when we first arrived and that was lovely but I didn't want to overfill this blog post and instead wanted to show a few more photos taken on Chester's historic walls, including another of the clock - you can't see it as clearly but I love being on the walls with the shops to the side.

That's it until I do the zoo photos. I was really impressed with Chester, there was so much to do and for such a historical city there was plenty to do for young folks, and us in-between folks. We were fortunate to have mainly great weather and just got lucky with everything - including owls from a nearby sanctuary on display down the high street before we returned home - must try and remember exactly where they were from and post photos and links.

Now we really did love Chester and hope to return very soon although next time we want to add a couple more days on our trip as there was so much more to see.