Well this month has been split into two parts starting with last weeks TV plays, it needed a whole post. If you missed it see here. Taken from my Letterboxd diary, these are my favourite films watched this last month, as I've mentioned previously, these films won't have been released this month all though they could be a new release of an old film. 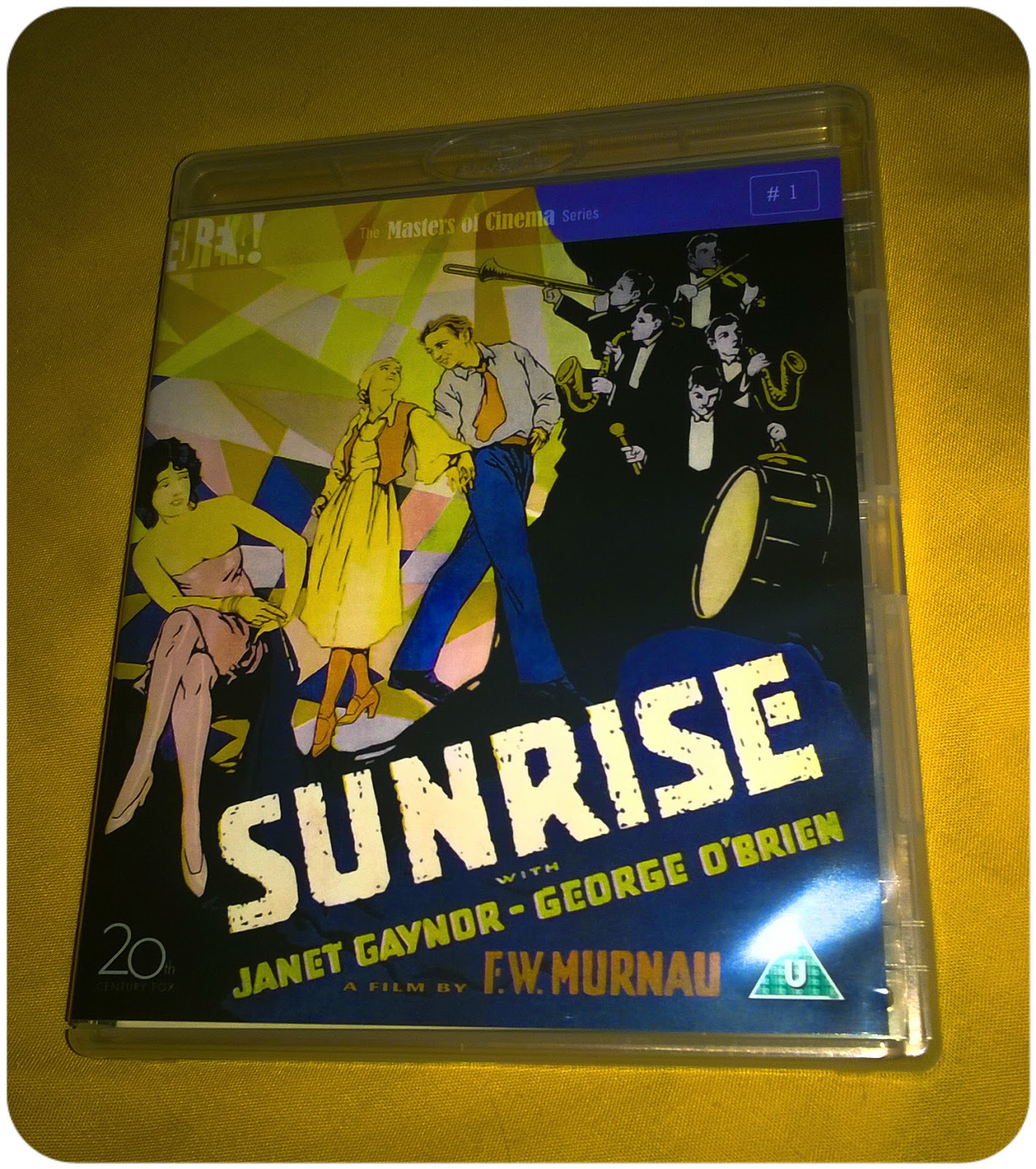 The plot of this could easily come from a modern film, I'd describe it as a dark, romantic comedy. A married farmer falls for a woman from the exciting, modern city, will he be convinced to do away with wife and move to the "modern" world? Considered one of the greatest films of all times, the first of German F.W. Murnau's U.S. films, what really could be seen as a fairly simplistic plot is uplifted by the astounding, fantastic, exciting city sets which, for a film that is close to 90 years old, seem so futuristic and promising. This film is the first in Eureka's Masters of Cinema collection. 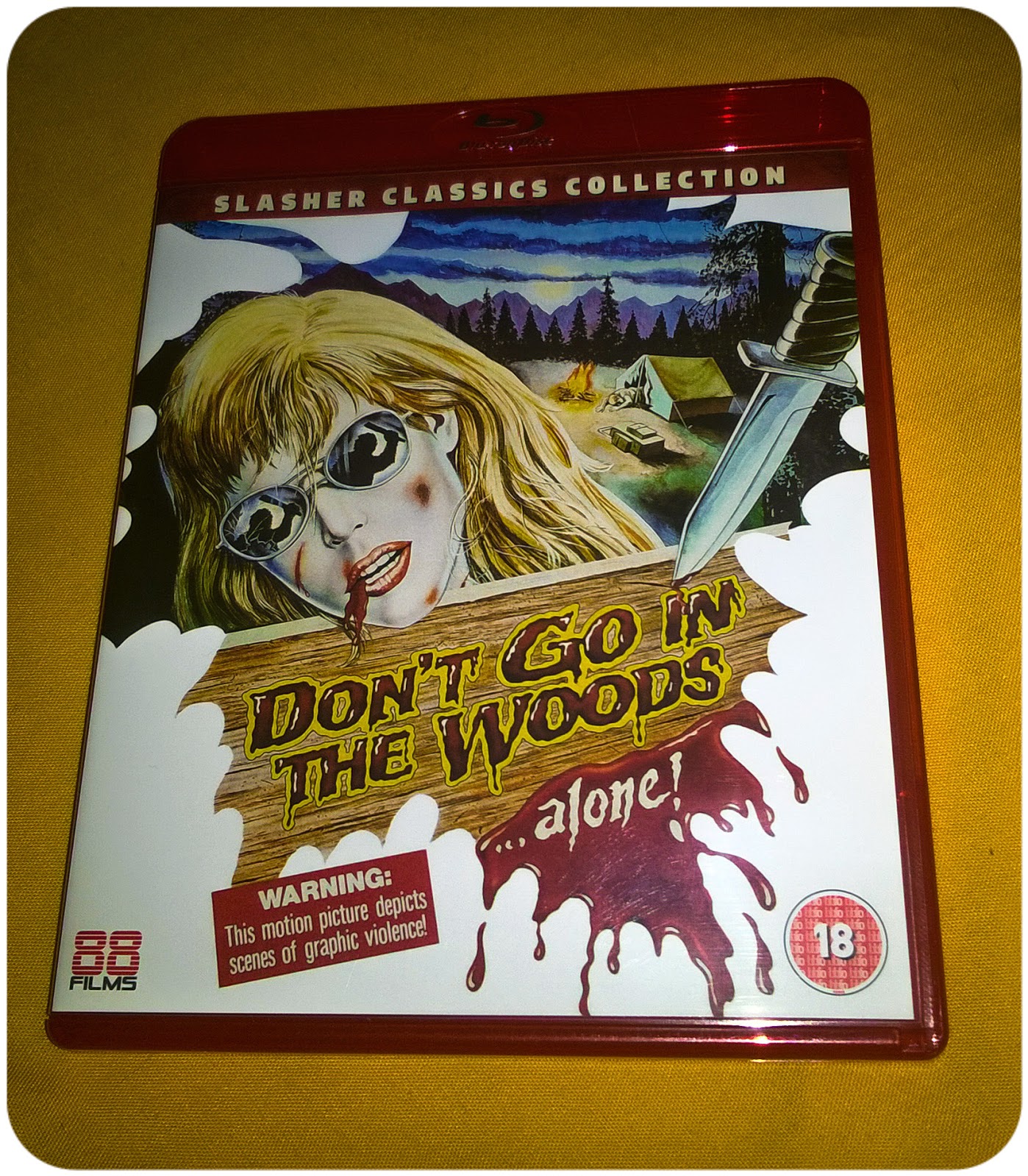 I understand I'm going to appear to be an 88 Films fangirl as this is the second month running I've gushed about one of their releases. I think it's completely deserved and as long as they are putting out quality films I will continue with being a fangirl. Now of course they're releasing the films not making them, but their remastering is worth a prize in itself. All of their blu-ray slashers collection releases, including this, have been remastered perfectly with crisp picture to rival a modern release. Don't Go in the Woods...Alone is a video nasty which has been hard to get in the U.K. until recent years. I've been dying to watch this film and I'm so happy with this gorgeous release. The plot is typical camping catastrophe but with decent actors, well thought out plot and interesting twists this film is very entertaining although tame by standards these days - not that I'm a fan of modern horror. This release is number 3 in 88 Films Slasher Classics Collection. 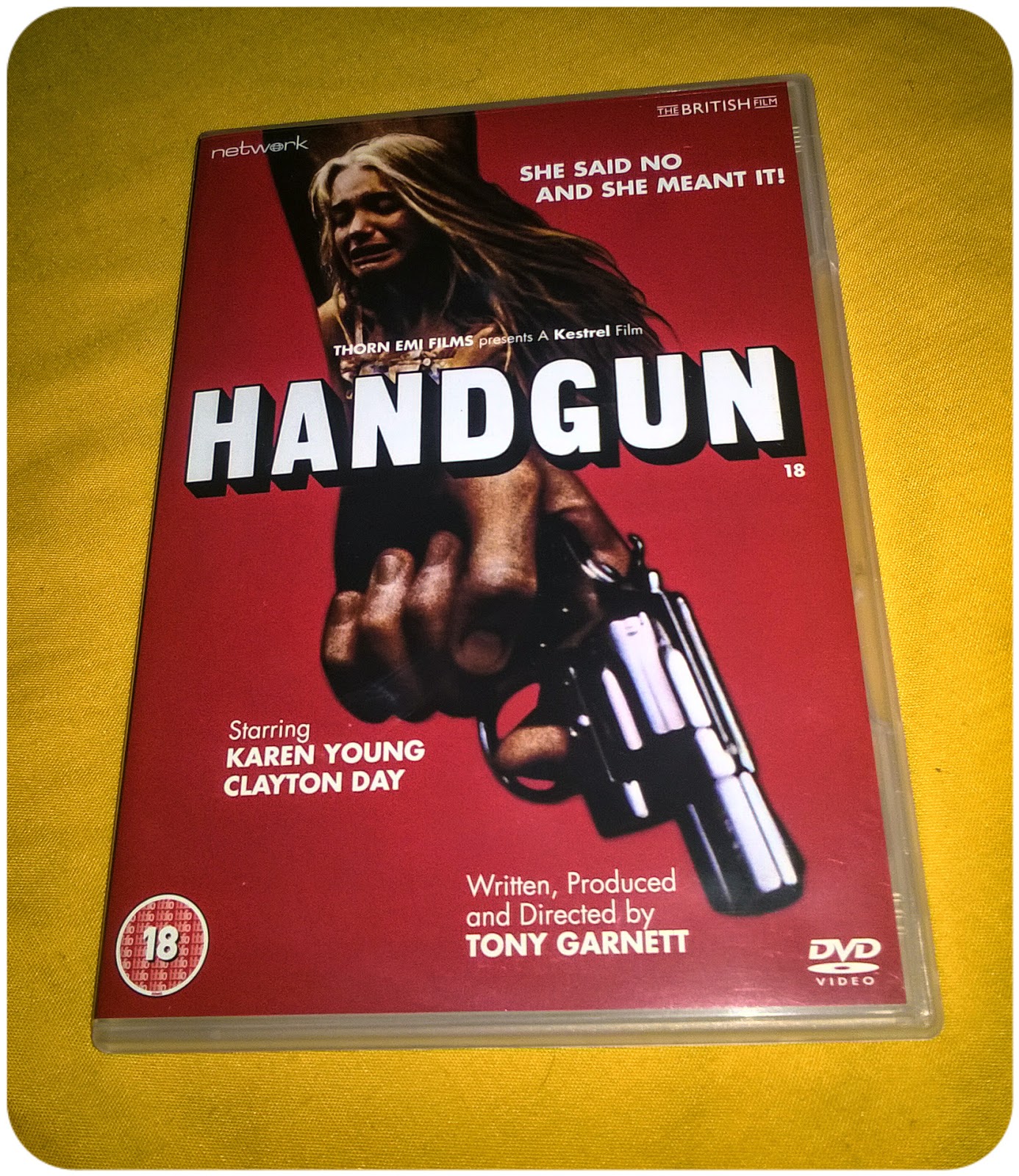 Handgun AKA Deep in the Heart (1984, UK) Director: Tony Garnett

I wasn't expecting much with this film, now I thought it would be decent but spectacular? no. To take a basic view of this it is simply a revenge film. A young girl is a victim of sexual violence after having recently moved to Dallas, Texas, what ensues is her thought out, slow paced, act of vengeance which also gives us an interesting look at gun culture in the USA. Karen Young is spectacular in her role as the protagonist although all main characters are convincing. A smart, thoughtful drama really worth seeking out. This is the Network release of this film on dvd. 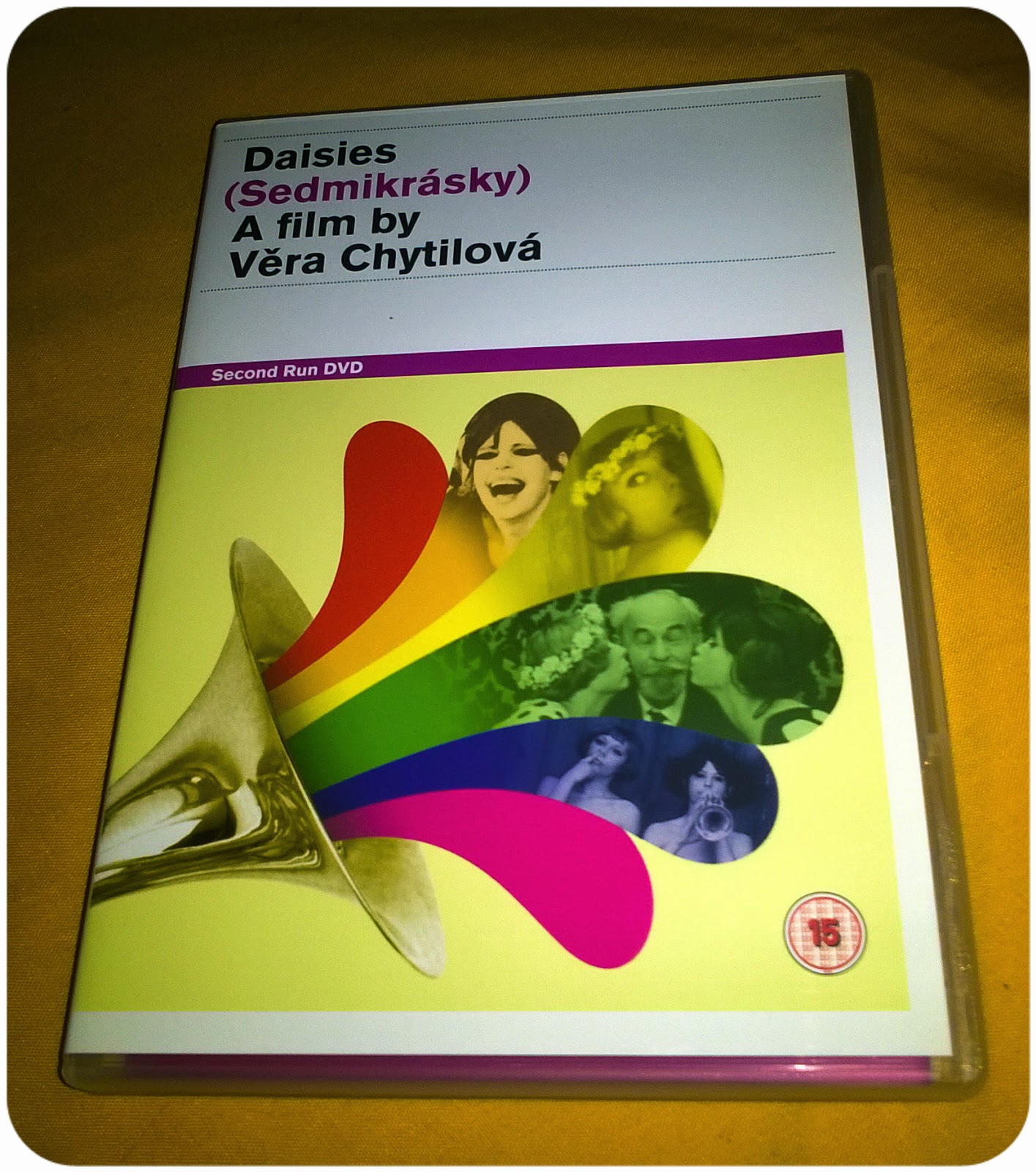 I can only simply describe how this film makes me feel, both happy and wishing I was young again, if only I'd have viewed this as a teenager. It is a completely absurd film following two girls in what could loosely be described as a coming-of-age tale. It's so wonderfully bizarre and vibrant, a visual masterpiece but to truly describe it is impossible, it just has to be seen. I watched the Second Run dvd release of this film. 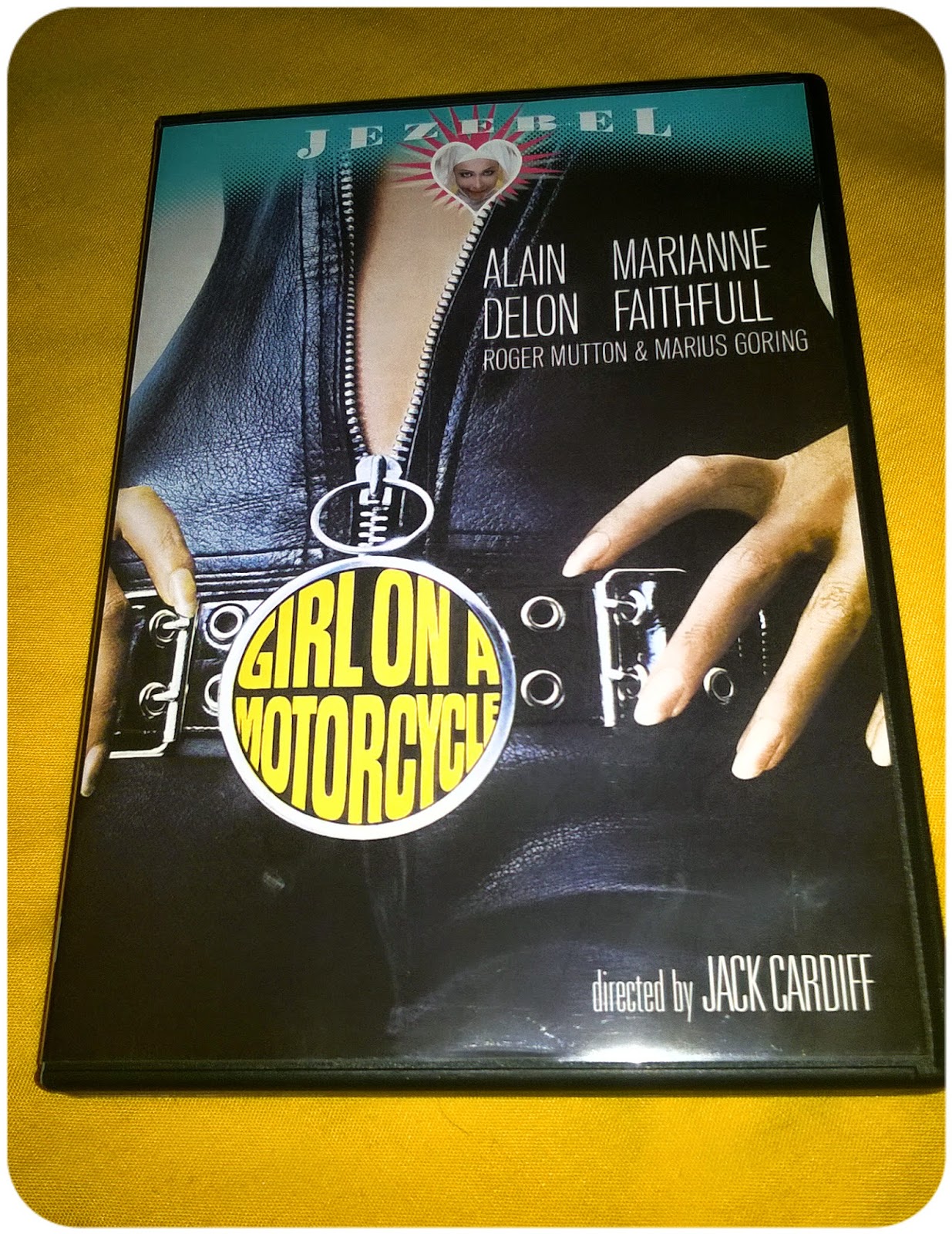 The Girl on a Motorcycle (1968, UK/France) Director: Jack Cardiff

I chose to mention this film next as it very much made me feel the same way as Daisies did, happy and wishing for my youth again. An almost tranquil film up until the end, the plot follows Marianne Faithful's character, Rebecca, a married woman, as she travels across countries between her husband in France and her lover in Germany. Now this isn't a masterpiece but it's an enchanting road movie and a slice of 60s Euro youth culture, weaving between Rebecca's thoughts and memories. This is a US region 1 release of the film from Kino Lorber. 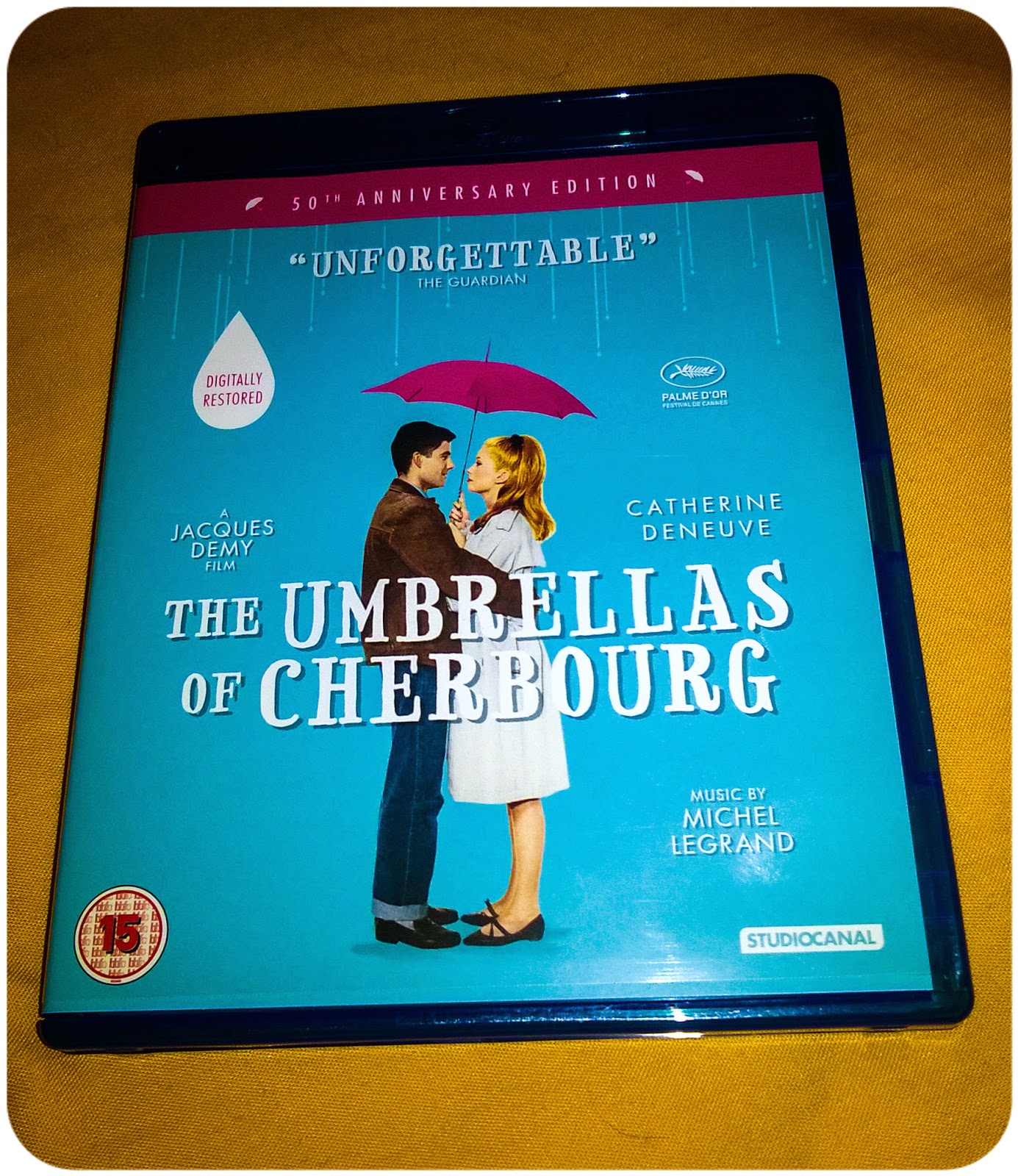 My final choice on what has been a super strong month is this, a true musical, all dialogue is sung. With a gorgeous rich and colourful setting this is such a beautiful romantic tale following Catherine Deneuve's character, a young girl, separated from her lover by war, and facing a difficult decision. A real weepy but for the right reasons. The only thing that mystifies me is how it has taken me this long to watch this film. My copy is the StudioCanal release on blu-ray.

This has been a really strong month and, to keep it short, I've chosen the six strongest although I could have easily doubled up my list. I just hope April brings as many captivating discoveries in the world of tilm.
Posted by Unknown at 17:45