New Year's - A Happy One to All, How About Some Resolutions? 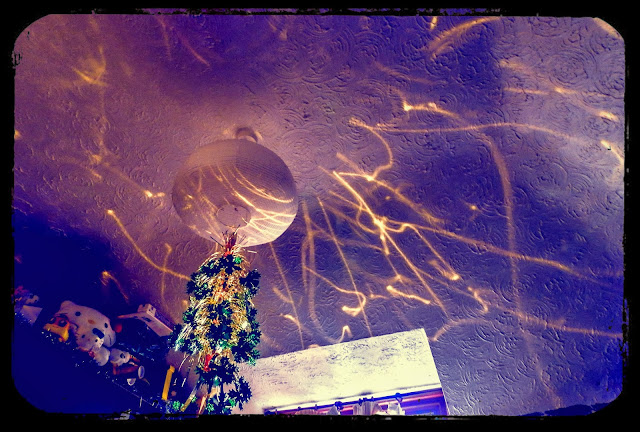 As a rule I don't believe in New Year's resolutions, to me they're just a way to put things off. If you want to change start it straight away. However sometimes things can't happen immediately so having a point to focus on in the future is a good way to set a goal.

Now instead of posting a review of one of the many items I received this Christmas instead I wanted to look back at the year and look forward to the next. This year has been a strange one, sadly I lost my Grandfather a couple of weeks back, I spent a lot of time with him growing, up, we were close, his funeral was yesterday and although he was very old it is a loss in my life that I'm still getting used to.

One strange thing about this year is how secluded I've been, it seems so long ago now but the reason I started this blog was to give myself something to focus on. I'd been ill for a while and off work from November 2012 until October 2013, most of this time was indoors and after the surgery I was mainly bed-bound. It has almost been a year that hasn't existed. Apart from my blog I also took up entering competitions, a bit of a weird hobby, it was more that I decided to not ignore those amazing competitions in my favourite magazines or websites under the belief that nobody wins anything, I've been rather lucky in that respect. This of course doesn't make up for a year of doing practically nothing. I can however say that I watched all series of Buffy and Angel back to back, two and a half times. I also played hours of Animal Crossing: New Leaf thanks to my post-surgery 3ds XL treat.

Now I'm back to work, not quite running at full speed but I'm managing a full week, I just rest a lot in the evenings and weekends but I'm still positive it will improve. This is why this year I decided on having resolutions, I knew 3 months back there were certain things I wouldn't be able to do for a while so I promised myself some time to recover and to aim for the new year.


All in all I have a full on life haul, just done at a snails pace. I also hope that I will be able to take less medication and be able to drink alcohol again. Sometimes it's frustrating to do things slowly but I always think those that take it one step at a time are usually the most successful in the long run.

Before I go to make myself up for a new year at home with a delicious take-away (If you were interested James and I will be sharing a portion of sweet and sour bean curd with boiled rice and a portion of vegetable chow mein) I should introduce The Beast. He popped up on my Christmas day goodies post but I haven't really spoke about him, well not on here, all my friends will say I talk too much about him.

The Beast is a little black cat that has lived on our road for as long as I've been back so over two years, he is always out, he follows everyone including he postman but nobody is aware of where he has come from. We haven't been able to track down an owner, we're sure they would be on this road as he has always been here, well at least for over two years. He has been visiting us for a while but on the 13th December, actually the day my grandad died so we were all distracted and he just kind of moved in and apart from bathroom trips and the occasional meander he keeps coming back to us.

I don't quite feel like he is truly ours yet but I hope we will get to keep him. Even though he insists on sleeping on my chest at night - usually with his face about two inches away from mine, unfortunately he had a sneezing fit two nights ago so I ended up with a face full of cat saliva, I still think he is beyond cute, even after this act. Last night I woke up to find him stroking my arm, not padding but actually stroking it. So I will leave you with a small selection of photos of the little black cat that found a new home this Christmas. 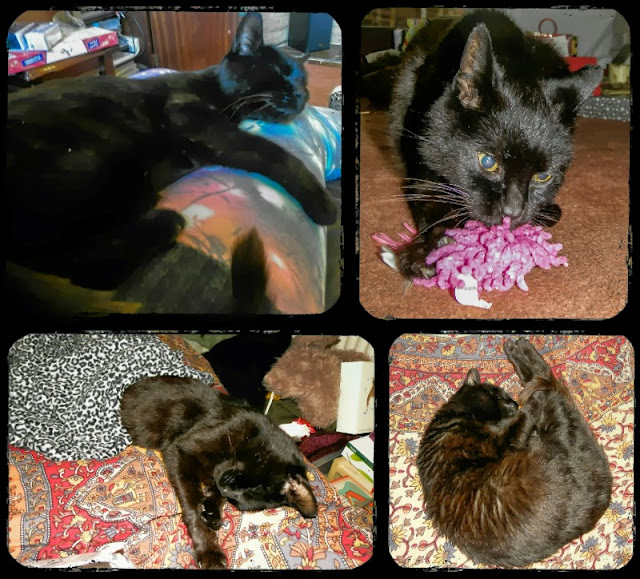