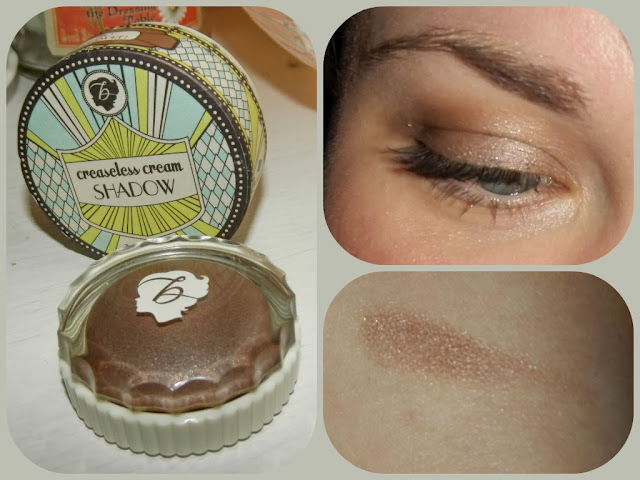 Considering the amount of cosmetic goodies I received at Christmas you'd think my first post in the new year would be about one of them, however I'm choosing to go with something I bought myself in one of those Black Friday type deals. Bought at the same time as the hydra-smooth lip colour I would be lying if I didn't admit that the first thing to attract me was the packaging, which is bad, it should always be about the product but the packaging is hand-clapping good, more about this later.

Now what I was after is a light brown that I can put on quickly. I don't have an in-between make-up routine, it's either 5 minutes or 45 minutes and anything involving a brush slots into the 45 minutes routine. I know they recommend using a brush but it works perfectly with your finger, I prefer this as I'm only after a light effect. In my photo I'm just wearing one layer, applied perfectly with a finger. As it states it doesn't crease and for a cream eyeshadow it lasts well, I had it on for a good 8 hours before removing it.

Now about the packaging, I just love it, the cardboard box is lovely but I'm talking about is the actual container the product is in, I've informed James he can keep picking these up for me - he loves the packaging as much as I do. A glass bottom and a plastic lid, it reminds me of packaging of yesteryear, 70's and earlier, luckily the product is just as good so I will be picking up some more exciting shades in future/I'll give James a list.
Posted by Unknown at 20:52