Now as much as I like a Friday evening nothing beats the refreshing feeling of having a lie in on Saturday morning. The first weekend after going back to work after the new year is always very welcome and I plan to do bugger all. Well not quite bugger all, I've got too much stuff to try out but I wanted my first post of the weekend to be a relaxed one as that's how I'm feeling. I also got a nice amount of sleep, as I'll mention later I got myself a fitbit one which also tracks my sleep - I will be obsessed with the amount of sleep I get. Here is what it looked like last night: 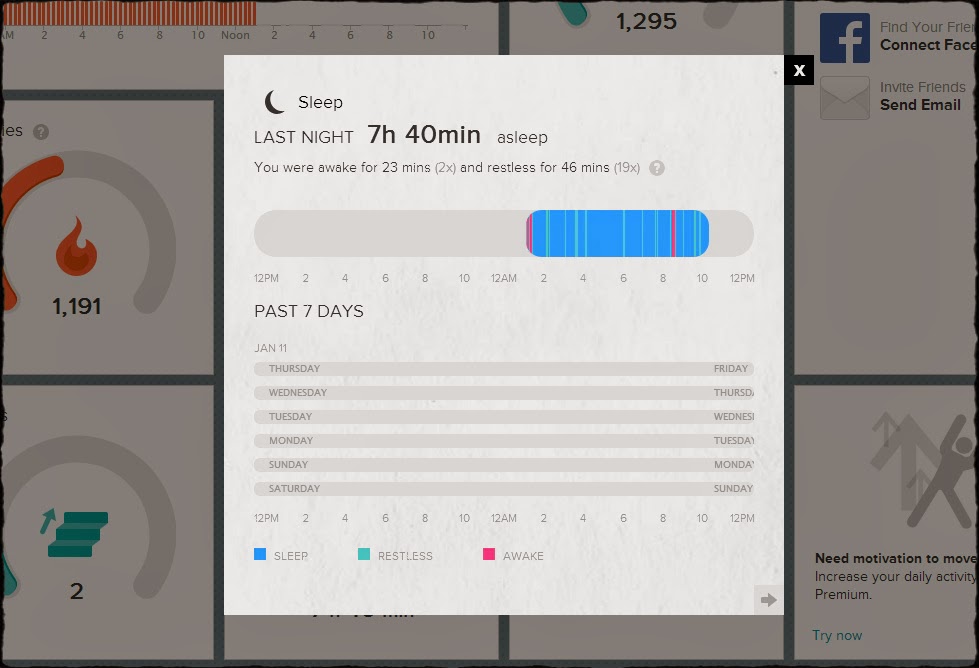 I just wish we could afford another one as I'm desperate to track James sleep, I swear he over exaggerates how little sleep he gets as he is usually snoring 2 minutes after his head has hit the pillow keeping me awake for longer!

Now I also plan to finally go though my other bargain buys from the sales including a couple of batches of make-up, one from Stila the other from Illamasqua I also have my fitbit to play with. I'm also feeling remarkably energetic and plan to take on some form of exercise today - I have no one at home to spar with so I might slip on my boxing gloves and take on the wall AND do some skipping about like an idiot.

I was also nominated for another Liebster award by Ginger & The Blonde, which is a nice way to get to know other bloggers, now although I'm frequently late you can also guarantee that I will get it done and this weekend I will also be getting on with this.

Now the last thing to mention, the thing keeping me away from my computer this week is that darn cat. That lovely, adorable cat that adopted us is a bit fussy, he gets lonely and this week has been the first week that I've been away for a long time whilst at work. The poor thing was annoyed on Monday, Tuesday, Wednesday, Thursday getting better Friday. He has become king of the snubs as he's been missing his mummy. Even ignoring the deli chews he loves, although unable to resist a saucer of cat milk brought to him in bed. I usually have to help him get off to sleep and watch over him, he then does the same for me. I know how daft this sounds, I had to help him settle before I came to do this but I took a photo after I tucked him in. 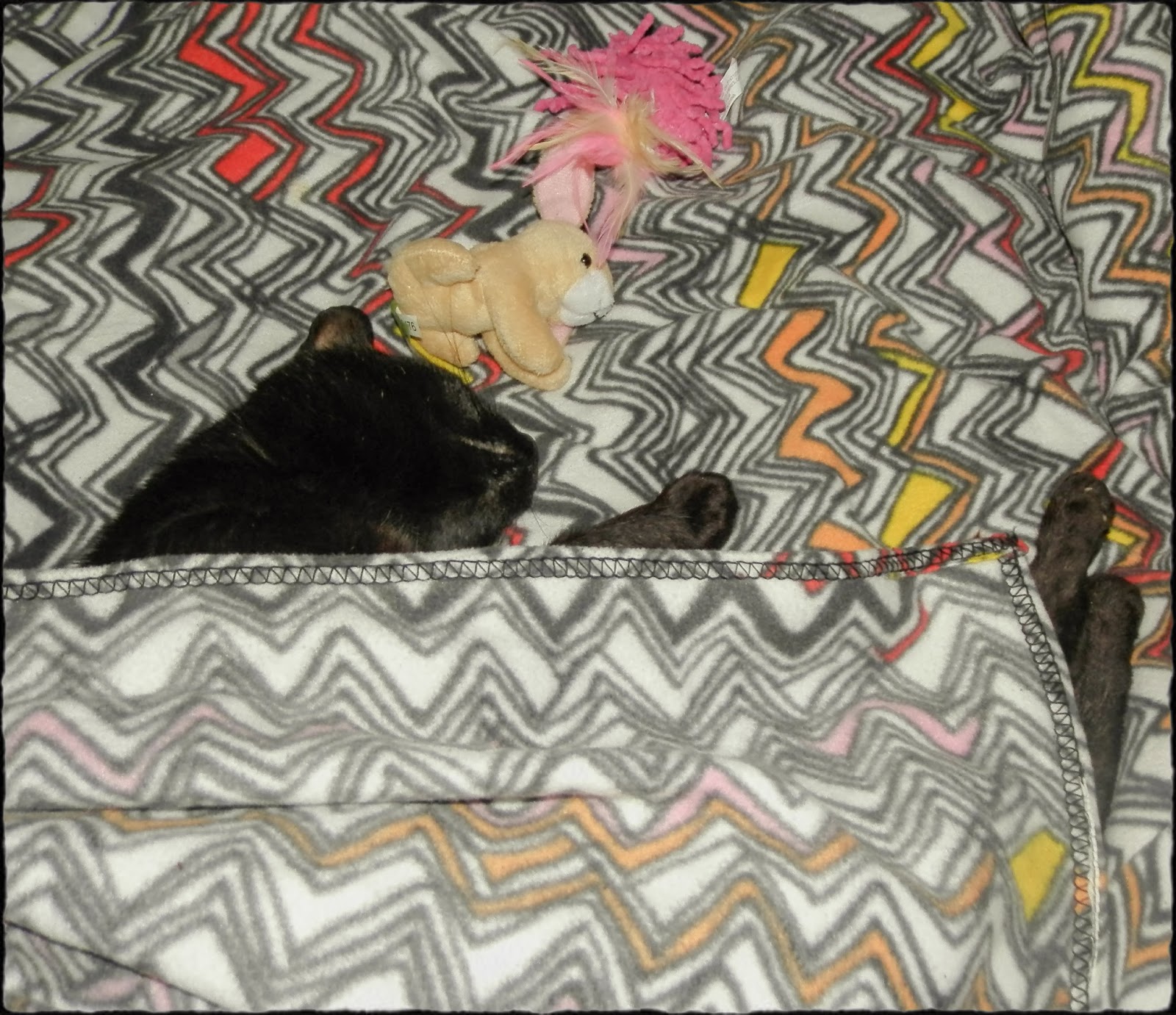 So although I have a weekend of nothing but relaxation I also have a pussy cat desperately in need of attention. Better go check on him right now!
Posted by Unknown at 13:40