Sunday Weigh-in: Back on Track

This week has been a bit more normal, hectic but normal. It was a bank holiday on the Monday so I didn't reach my steps, it was also a rest day so I watched my calorie intake. The rest of the week was a normal work one which means at least I get plenty of steps in.

Exercise wise, although I've still been producing more snot than I ever imagined would be possible I have been keeping to my usual routine of Monday and Friday rest days and Tuesday, Wednesday and Thursday exercising. Plus I've stuck to the exercising at the weekend, HIIT on Saturday and Yogalates on Sunday. I've aimed for 5,000 steps each day at the weekend but haven't quite made it, currently at 3,000 today and unlikely to make up the rest but will hopefully get a few more hundred in. 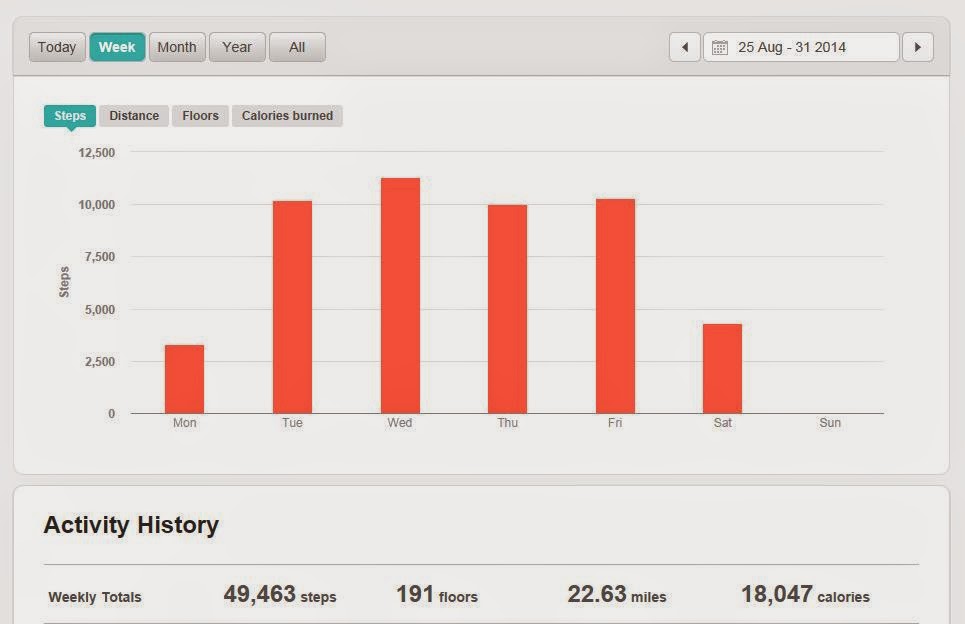 I've been noticing some positive changes, more energy for one which is great as I do still take Tramadol and I've been worrying that I'll never have energy without taking it. I'm down to 1-3 tablets a day and haven't started to feel more tired because of this. My calves are also shaping up nicely which has been one of the reasons for extra pilates sessions - I honestly think it's the best thing to achieve shapely pins. Another positive I want to focus on is that I can't remember a week when I haven't done some form of exercise, the previous week when I had fl was close but I still at least worked out one day.

Food wise I haven't been doing badly, everything balanced out. This week we've had kale twice, I love it, plus I've gone back to adding celeriac to my mashed potato which is just delicious! Hopefully I'll get around to making four fresh meals this week.

It's so nice to have Samhain about to fuss over and run around after, that certainly adds to my steps.

Long Term
Holiday should come under this, a nice holiday with a new wardrobe by this time net year. I also want to be a lot fitter.
Posted by Unknown at 18:27