Sunday Weigh-in: A Day Late - Not For the First Time!

Another week that felt like it was over before it begun. It was a good week for pretty much everything. I didn't exercise as much as possible as we were staying at James mums place at the weekend which I always knew would happen. What I hadn't planned was Tuesday night, Samhain had only been with us three weeks but we've all bonded, he seems settled plus the microchip confirmation came through the other week so he was allowed out. Immediately after I started to panic though so a few minutes after he was allowed out I was pacing up and down the streets! I shouldn't have worried and an hour later he strutted back in as if it was no big thing. Needless today by 7 I was shattered and showering rather than exercising but the bonus was I managed extra steps. 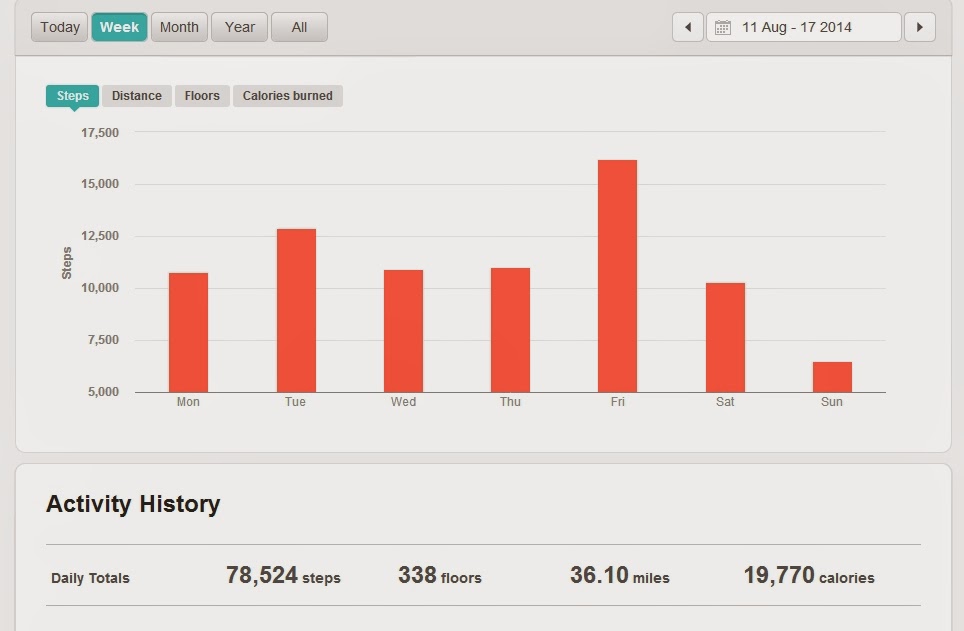 Friday was particularly good as I had a physical task on at work and Saturday was over 10.000 thanks to being out. Now Sunday I didn't manage 10,000 although I'm quite surprised. We had a trip out and after a couple of hours walking around I was surprised to see only just 2,000 so I'm not sure what went wrong there!

Food we've been fine but I'm looking towards doing more proper cooking. I have three plans this week, I haven't got a recipe in mind but I'm not worried, I usually wing it.

Tonight we have chilli-non-carne, either tomorrow or Wednesday we'll go for halloumi and bean salad and Thursday I plan to do Tofu in a garlic, ginger and spring onion sauce! I do like cooking as I'm starting to feel better and more active I'll start to cook more but the only problem is fitting it in, we don't have much time to ourselves as it is, once I've exercised, showered, found some time after my parents have finished cooking it is usually time for bed!


Short Term Goals
I was going to say it would be nice to have a week where I manage 10,000 steps every day but I think to be more realistic I should instead aim for 70,000 total a week that way I allow for life's little ups and downs.  I'm off work on Friday to finish sorting everything out for the car boot and although I'll be busy I might not get the steps in on what is usually my rest day but I will be busy and active.


Long Term Goals
Looking towards fitting into something nice at Halloween and around Christmas time.