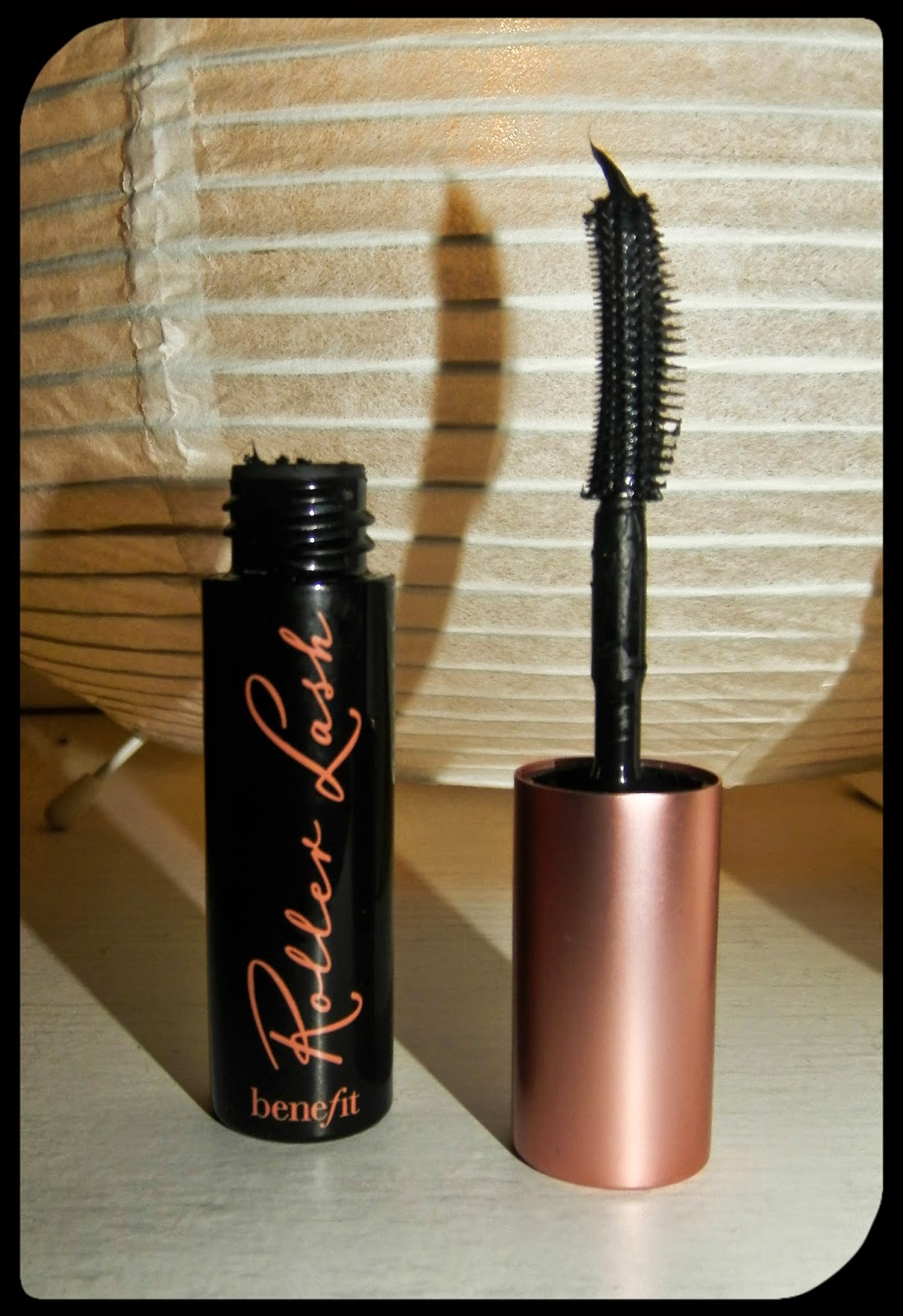 Holy rollers Batman, Benefit have a new mascara due out and it might just be their best to date!


I'm sure you cant have missed Benefit's new mascara, Roller Lash, it isn't even out just yet but it is everywhere. This is largely due to the generous sample currently available with the March edition of Elle UK. I'm also sure I'm not the first to review this but I totally love this product.

Now I've had a long loving relationship with Benefit cosmetics, but I have to admit I don't leap at each and every launch. I'm so glad this was thrust my way in the form of a sample as I've fallen head over heels for it, even going so far as to pre-order two of them which are currently winging there way to me! So what makes it so special?

Now the brush of the mascara is just as important as the formula itself. Some simply coat your lashes, others also manage to separate so to avoid clumping, now the extra special bit to the Benefit brush is that it lifts too effectively curling the lashes. It's as if you've left them in rollers overnight, it really is that fantastic.

When I first saw the brush I was pretty apathetic, I've seen mascaras with similar brushes, I've even had mascaras with similar brushes and they're never been that special. However, on using the mascara for the first time there was a noticeable difference. This is the first one I've tried that actually rolled around the lashes moving easily both lifting and separating at the same time, without getting stuck, going right to the end of the lash. This makes application so easy and super quick.

The formula itself leaves my lashes looking luscious, thicker but not fake. It feels more natural than the false lash style mascaras, which I do also love, but Roller Lash gives outstanding lashes that are both just as perfect in the day as they would be at night.

Add to that the fact that it lasts all day and is water-resistant, it truly is, I was caught in a mega downpour without an umbrella and not a single drop of mascara vacated my eyelashes. I just can't fault it.

With so many decent mascaras on the market now it's sometimes hard to distinguish between the excellent and the totally excellent but right now Roller Lash has zoomed to the top of the class.