Favourite Films of the Month - February 2015

Now I spend little time talking about films except around the festive period (for me that is Halloween to New Year!) but they make up such a big part of my life, much more so than cosmetics, although of course I like to experiment with that (but only for my own amusement) but I wanted to do a little feature each month - sort of similar to the favourite products of the month type of post but instead featuring my favourite films watched that month.

Now I could post each time I buy a new dvd or blu-ray but that would result in a lot of posts. Instead I'm going to look back at the month (I keep track of everything I watch via Letterboxd). I'm not planning to review the films, just a line or two. A pretty simple, short post after this initial one but I'm attempting to be less convoluted - just how I like my films.

The first thing I should mention is that it's highly unlikely I'll be watching a new release, there isn't a local cinema and most new films leave me cold so it's more likely to be a new dvd/blu-ray release than anything (or one that has sat wrapped in my cupboard for many years). 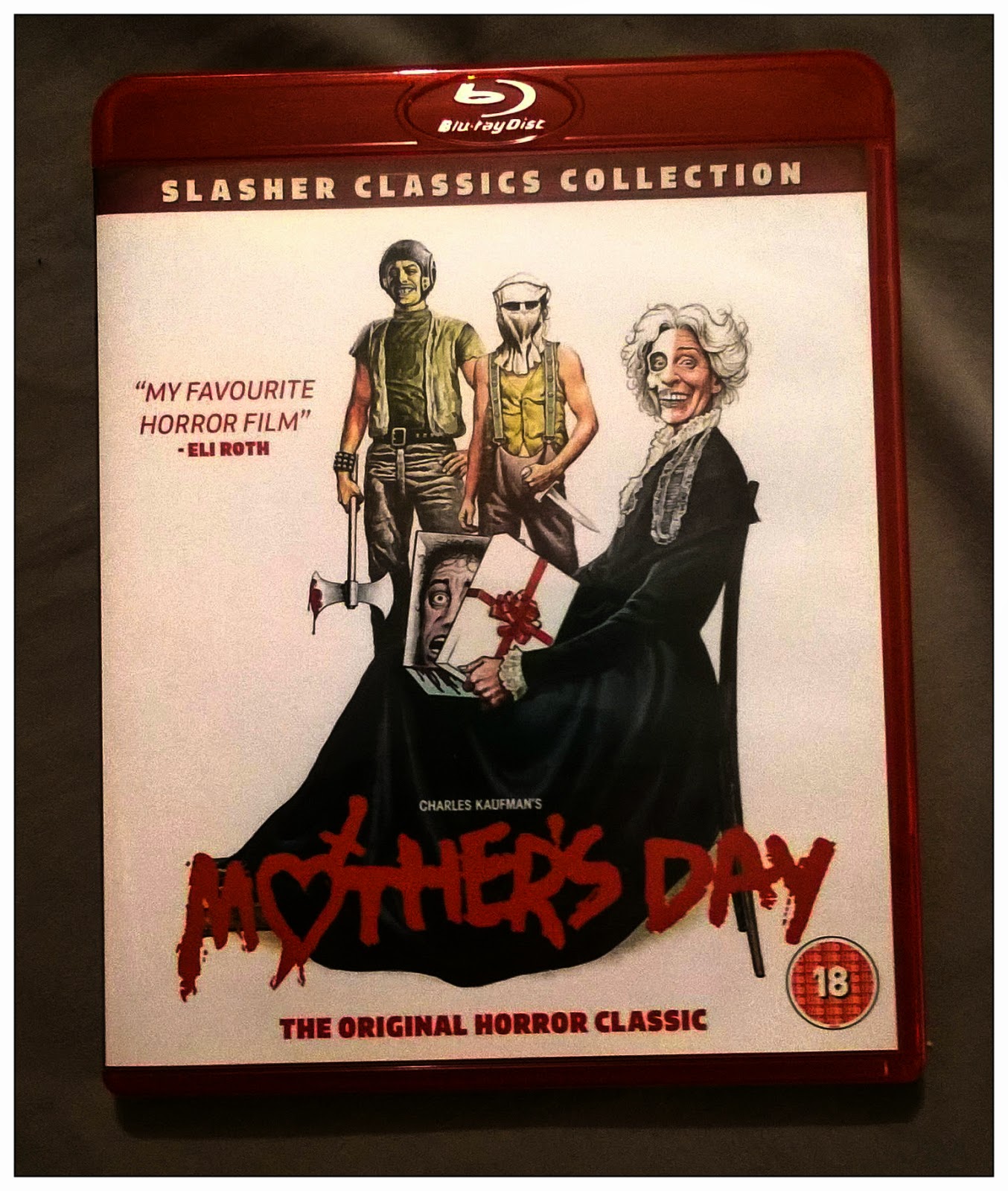 Mother's Day (U.S., 1980 - Released this very month by 88 Films on blu-ray as part of their Slasher Classics Collection)
I've been super impressed by 88 Films recent releases, Graduation Day (#1 in the Slasher Classics Collection) and The Last Horror Film were both a lot more entertaining than I expected - I know 88 Films are simply releasing them but they are making GOOD choices. Although I'm not a devoted slasher fan (I'm more into my Italian horror than anything) I do have an interested in video nasties, the plain bizarre and Troma films (those made AND those that were just distributed). Which leads me to Mother's Day, now my problem with the slasher genre is that it's usually quite formulaic. Although I have some that I would consider favourite films I just get bored of seeing the same thing over again. Troma have a reputation for their not so serious nature but with this film they take on the slasher genre, using the formula somewhat but where they do deviate they do in such a clever way, with both an interesting plot and strong female leads. As mentioned before I log my films on Letterboxd, I also give them my rating and this gets a solid 4 out of 5, my all time favourite films are usually only given 4.5 with a 5 star rating only going to a select handful which should tell you how high I rate this film. On top of that the quality of picture is fantastic, 88 Films are doing such a superb job with their releases that I just can't get enough of them . 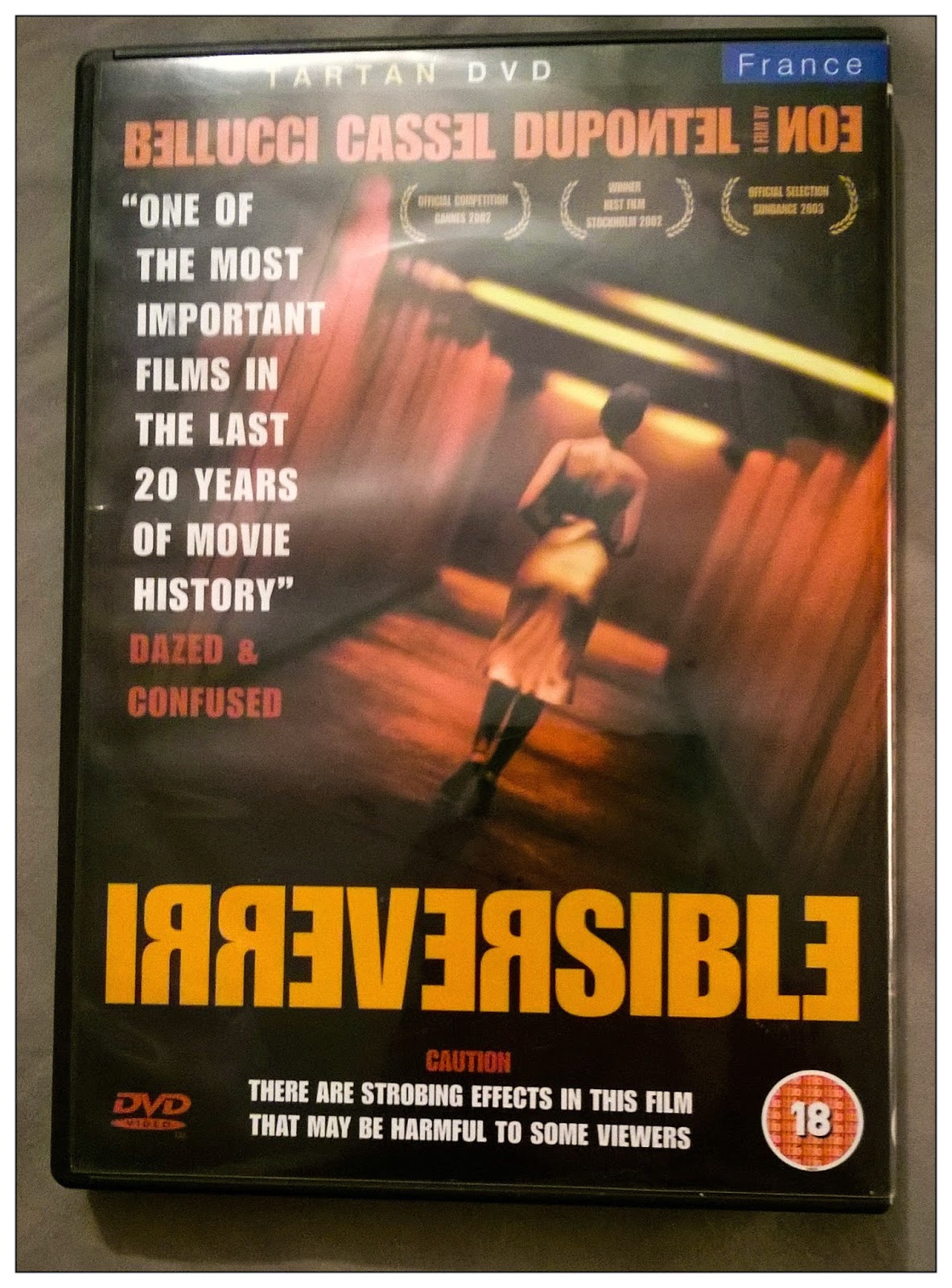 Irreversible (France, 2002 - original Tartan release)
I was 20 when this film was released yet I didn't go to see it. I was very stubborn back then (actually I still am) so if a film got a lot of attention I would avoid like the plague. In recent years I've read more about it and it's really piqued my interest. Now although it's a fairly recent film, it isn't that easy to pick up, at least in the UK (Tartan films folded a few years back), until fairly recently I was only able to find second-hand copies for around £10.00 (and I'm cheap) but finally last summer I managed to pick a copy up for £4.00. It took me until this February to watch it but I'm glad I finally did. Irreversible is a stark, modern thriller with some of the most graphically violent scenes I've ever watched. It truly is shocking but it's not devoid of plot, I was hooked instantly, starting at the end of the story and working our way back to find out why things had happened. Like an episode of Columbo where you know who the killer is you still want to know how he knows, you want to story to unfold, the same can be said about Irreversible starting at where most films end you just want to know what led to that incredibly dramatic, gruesome point. Another film earning 4 out of 5 from me. 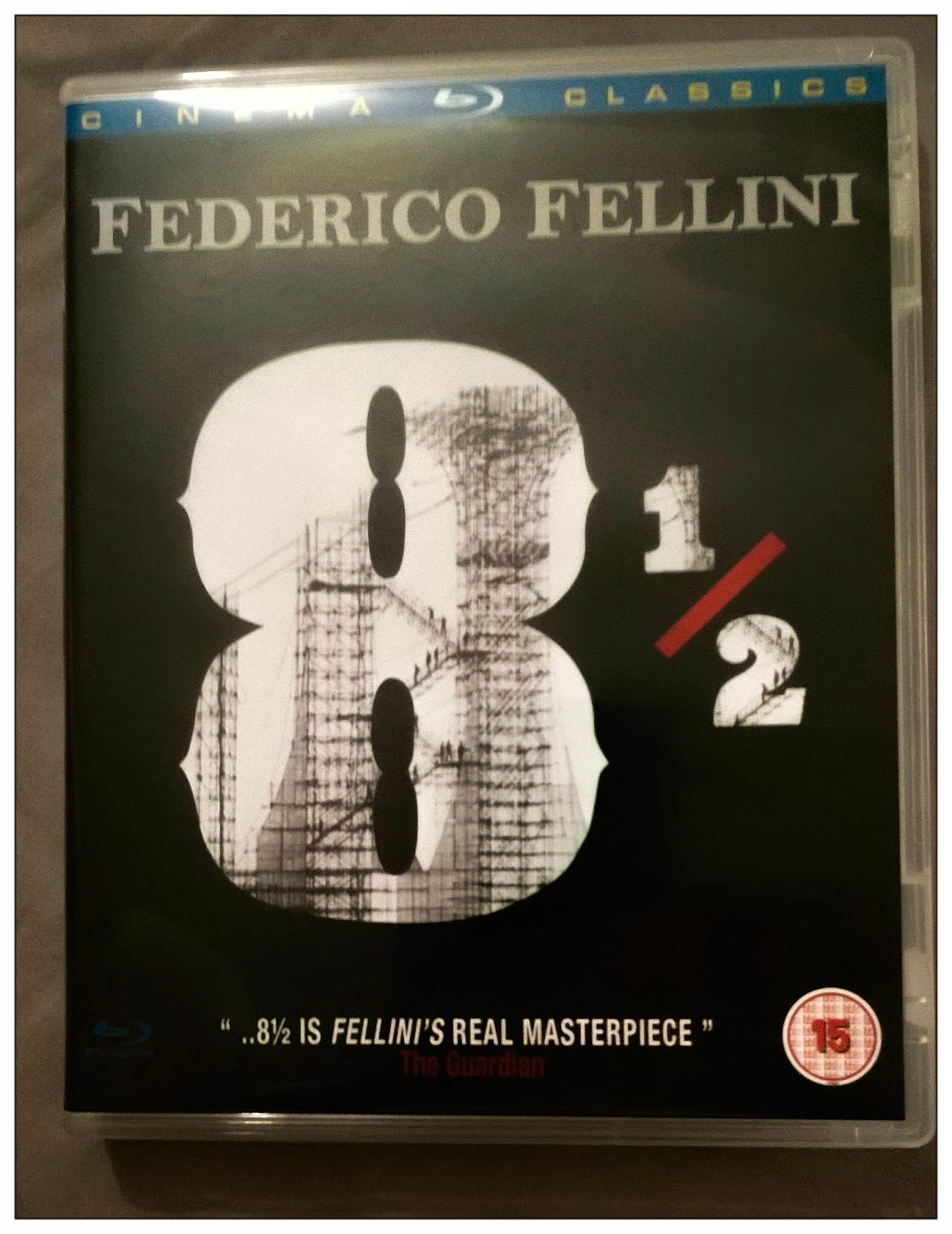 8½ (Italy/France, 1963 - Blu-ray - Argent Films release)
The Fellini classic wasn't new to me but I watched it many years back and I can promise you I wasn't paying attention. The second time around, being wiped out by the flu allowed me to give it all my attention. Now I love Italian cinema but I find that I'm always trying to do as much as possible and rarely do what I should do and watch a film without fiddling online or playing a game so I was pleased to have flu - I didn't think that at the time but on reflection I managed to watch a lot of films. 8½, so named as it was Fellini's 8½ film directed, is a tapestry of visual stimulations, it's full of some of the most visually striking actors, seriously I don't think I can ever take my eyes of Barbara Steele whenever she is on the screen. The plot spirals around a film director overwhelmed, withdrawing from reality and living in a world of fantasies and past events. It's such a pleasure to watch. I rated it 4 out of 5 but every time I recall the film it moves up in my estimation.


I have to give a special mention to the documentary I Am Divine (2013) a sensitive and interesting look at the life of Harris Glenn Milstead AKA Divine a person I've been fascinated with since I was a young child. This leads me to the next special mention, Hairspray (U.S. 1988), a firm favourite of mine, I rate it at 4.5 our of 5. This was my first John Waters film, watched at a young age - I borrowed the video from my cousin Dawn and I just fell in love with it and spent my teen years watching and loving any John Waters film I could get my hands on. Long live John Waters! How many times have I watched Hairspray? More times than could be considered normal, which is fine by me.
Posted by Unknown at 22:45