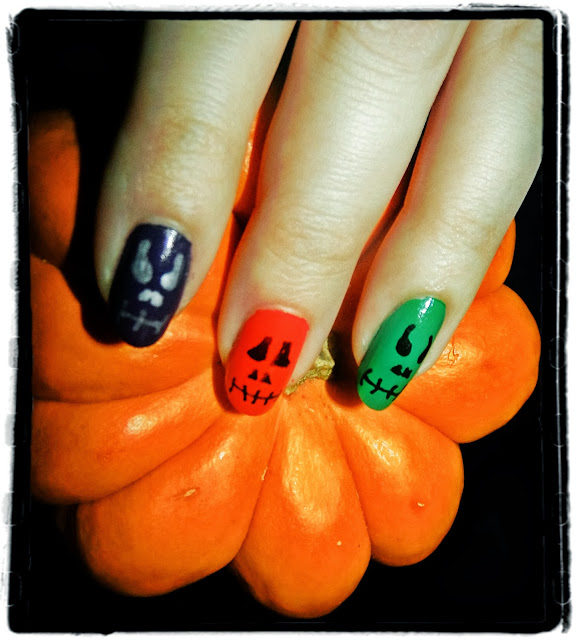 As I'm still feeling under the weather I've spent today in bed, mainly playing GTA V but also painting and doodling on my nails another idea for Halloween. Now you'll have to excuse me as I'm quite shaky today so these aren't the best (although I'm not usually that great anyway) but it's just an idea.

These are similar to the pumpkin nails, not just because they're sloppy, but because they're so nice and simple. I was at first just thinking of doing a plain and simple colours associated with Halloween nails, so this was the base and I just decided to expand. 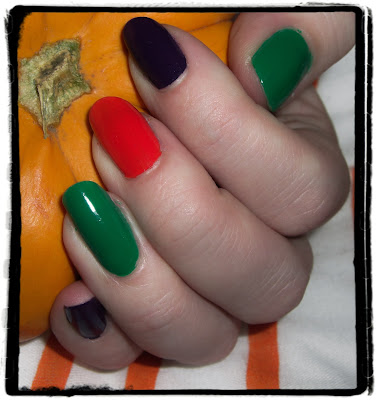 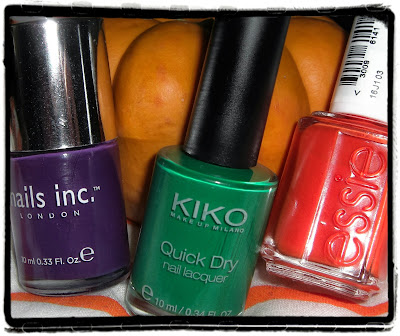 For green I have KIKO - quick dry nail lacquer in 836 Lawn Green, for orange I have Essie in Orange, It's Obvious and finally for purple I have nails inc in Westminster. Two coats for each of them and then left to dry. 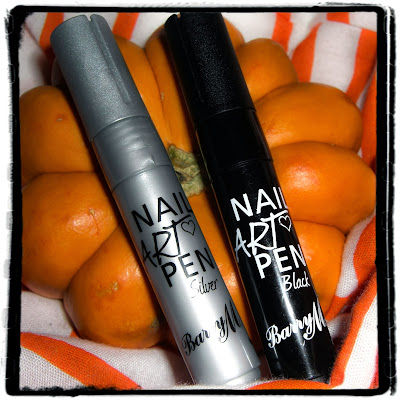 Later decided to doodle some skull-esque faces on them so I grabbed my Barry M nail art pen in black although I couldn't help doing the eyes on the orange one a bit pumpkin-y because of the shade. As the purple is quite dark I did end up doing the faces in silver (as I don't have the white pen) - unfortunately this doesn't photograph that well but in person it looks good.

So another simple and quick look for Halloween.
Posted by Unknown at 18:11