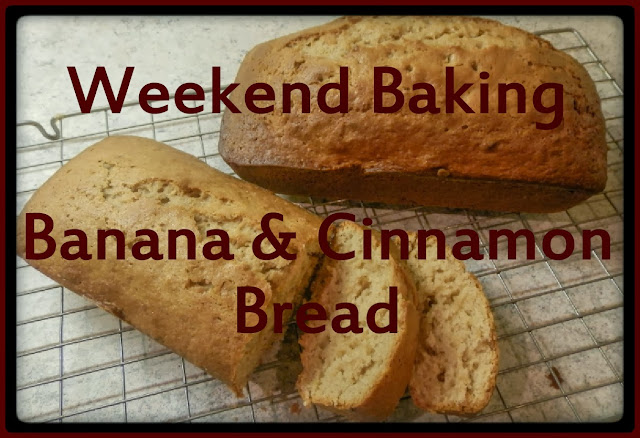 I used to bake regularly, as I've been ill for a while this hasn't happened although I've spent plenty of time thinking about what to bake next. After the pretzel baking last weekend my urge to bake is coming back and I've vowed to do a little bit of baking, hopefully, once a week.

I had some bananas that were very ripe, too ripe for me to eat but perfect for baking so I decided to bake some banana and cinnamon bread. 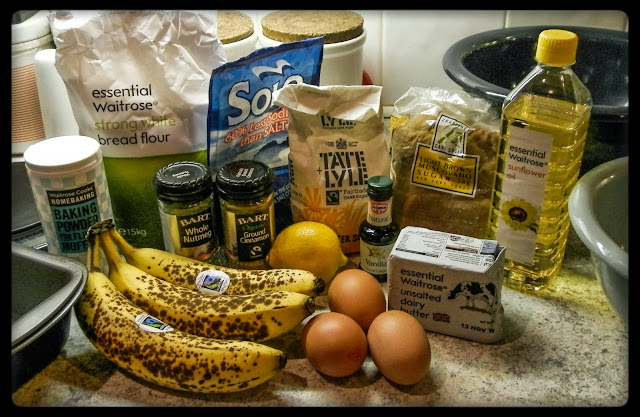 
As with the pretzel recipe I've worked out nutritional value using MyFitnessPal with the ingredients shown in the photo above and based on the loaves being sliced into 20 portions - this doesn't include butter spread on the bread though!

I prefer to get the preparation done first, everything measured out and combined where possible. 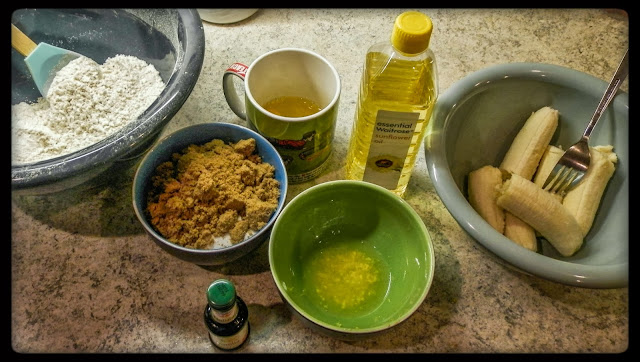 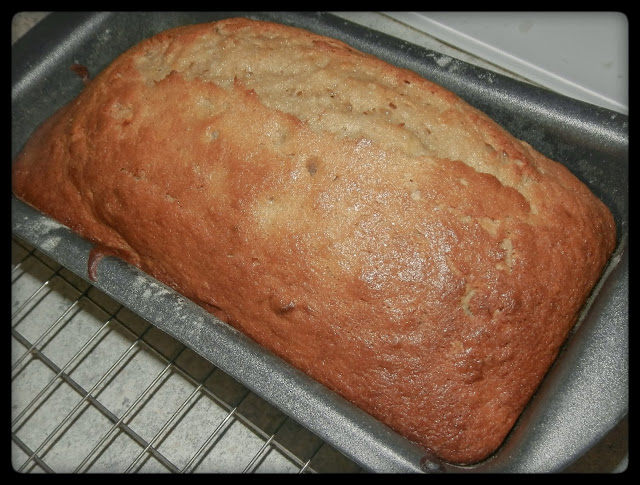 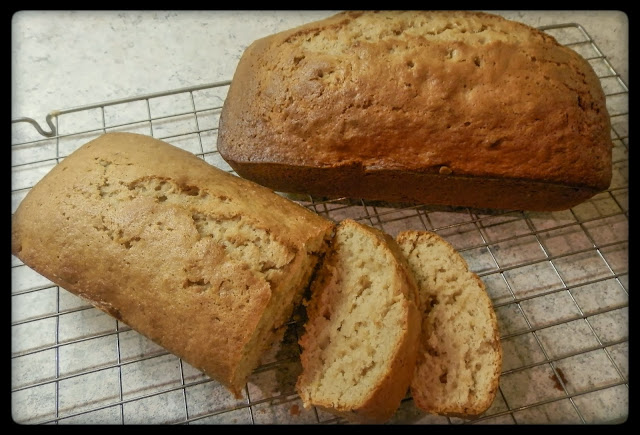 Well that's it, rather simple, just leave to cool on a wire rack before slicing and eating. Serve on its own or with butter - with butter is my personal preference as it reminds me of the lovely puddings we had in primary school. 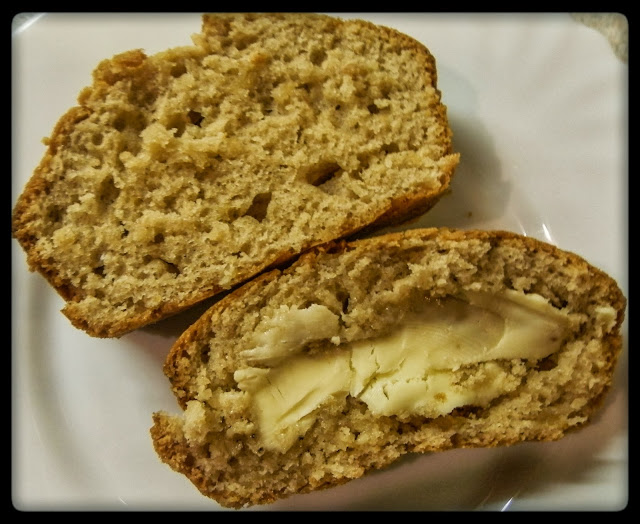