Bloggers Christmas Slimming Club - What kind of an eater are you?

All this taking it slowly, being in tune with my body and eating sensibly-ish (everything within reason) is taking its toll on my brain. As I can't spend much time working out I spend a lot of time thinking, thinking about working out and thinking about losing weight. Which brings me to pose this question;

What kind of an eater are you?

Now not everything is black and white but I think most people fall into one of two camps, although I have to acknowledge there are three camps;
or, one of the lesser known, rarely seen, possibly mythical camps;

3. My mood doesn't effect how I eat, I have a sensible approach however I feel

Now I know there are plenty of people that fall into the third category but I'm guessing they would never be reading a post like this, unless they want to see how the other half live?

Personally I fit into camp 2, when I'm at work I don't really think about eating. I usually have breakfast at home and always take a sandwich in with me and fruit, sometimes a boiled egg. I usually stick with that, most of the time. By Friday I'm more relaxed, I'm more likely to have a big treat on a Friday, a hot chocolate, chocolate bar, both! Usually this wouldn't be a big deal but we usually have a take-away on Friday night too and although I don't go over on calories I still feel like I'm overdoing the junk. The majority of the food I eat should be for nutrition not fun. Thus begins the weekend slide. We don't cook, we tend to have take-away food which I don't mind as it is within reason BUT I am starting to lose focus with what I eat at breakfast and lunch - this needs to change.

I wonder if when I get on top of this I can fall into camp 3? Food will just be food, no special precedence will be set just because I'm not in work.

So now I have to change something, I can either moderate myself, make sure I don't keep special treats to the weekend and have a little every now and then rather than an almost guaranteed overload at the weekend, even though I still keep within calories I still want to aim for a healthier diet the other option would be to ensure that I'm never happy and make myself miserable so I never want to eat scrummy goodies, I think the first option is the most sensible.


I know I also rant a lot about this next subject but I'll say it again. I really hate how faddy, restrictive diets are posted in women's magazines as being normal, they're not. One very popular magazine was featuring crazy celeb diets this week, they were at least calling them crazy and not advising but it gives people silly ideas. These diets were so restrictive, I believe none of them suggested eating over 1200 calories a day - 1200 is the minimum a woman should eat, a short woman at that. We're all different and we need to eat enough to keep our body healthy. Any cut to aid weight loss should be relatively small, no more than 20% and only that if you have 100lbs+ to go. The faddy diets mentioned are not going to help anyone be healthy, they're basically prescribing an eating disorder. A sensible, steady approach to fat loss is the only way to go. Sometimes I think we would have a more realistic approach if these magazines didn't exist.

Now that I've posed that question and had a little bit of a rant I should really review my week, how did I do? I did okay, nothing to throw a parade about, I didn't lose an ounce but I also didn't gain. It feels like I've been at a standstill for a while but in reality it has only been a couple of weeks and I haven't been able to increase my activity. I want to go grumble, grumble but I'm just happy with being a little bit stable. Excitingly I have just ordered an Omron walking style III pedometer for £11.99 thanks to the Black Friday offers on Amazon. It will be nice to see how much I walk around at work.

There was one positive this weekend, as usual we had pizza and even though it was lovely I stopped before I was even starting to feel full, to quote myself I said;

I'm not full but I will stop eating now, I don't need any more pizza 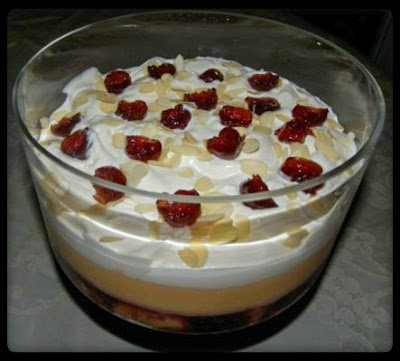