This has been a horrible week, if you've seen my post earlier this week you'll already know why, I'm writing this Saturday night/Sunday morning as I couldn't bring myself to do anything at the time. I'm putting my charts up but not bothering listing steps for each day.

Monday 7th July
Determined to make sure this is a proper rest day and plan to have a bath when I get home. Eating is fine and I keep my steps up but no exercise tonight. When I arrived home The Beast was in a bit of a state, was caught short upstairs and managed to get poo caught in his tail and spread everywhere, he hides when I come back but it okay after a bit. Feel sorry for him but he perks up slightly and James convinces me it is best to carry on as normal so I get my bath.


Tuesday 8th July
Starts of as a normal day but as I'm worried about The Beast I get a lift home at lunch time leaving my lunch at work as I plan to come back. When I get home The Beast is slumped in the little front room in one of his favourite spots, he is unable to move and his head is floppy, he is still breathing but looks in pain. Later on I noticed he had brought up a load of blood. I call James and the vets out knowing it is time for him to pass away, I'm panicking, crying, pacing, gently stroking The Beast and kissing him, I'm trying to stay calm but I'm beyond broken, James makes it home before the end which was about 5 minutes before the vet arrives. I feel empty, devastated and guilty for not being with him earlier. I don't want to eat, I feel bad for eating. I don't exercise, I have no energy or will. I spend the rest of the night crying and walking about lost.


Wednesday 9th July
I'm in work but I still feel empty and broken, still crying. I don't feel like eating, I feel guilty for eating now The Beast can't, it's my last day in work this week, I forgot that I was having a long weekend full of film marathons. I had planned to spend the first day outside with The Beast, this wont be happening now except when I visit his grave. I don't eat anything until lunch then pick at what I had left on Tuesday, I keep focusing on the fact that it was made while The Beast was still alive. I try and exercise at night but I've eaten so little I collapse mid push up and start crying again.


Thursday 10th July
Nothing has changed, I feel blank and spend the day moving room to room sobbing. I do some exercise later. I spend some time trying to focus on the photos I'll get printed. Sometimes I feel a bit okay which then makes me feel guilty. I just wish I could go back in time to be with him again. I realise how much I tried hard for The Beast and how much time I spent running around after him, checking on him. I miss him even more.


Friday 11th July
James is off with me today so we head out to the gardens to feed the ducks, he's trying to take my mind of things and make me eat a little more, I have some yoghurt for breakfast and some vegetarian frankfurters for lunch, I still feel guilty. I hate the fact that I've discovered something new that I love now that The Beast isn't around, not that he could eat them but Burts lentil waves are beyond amazing. We carry on with the film marathon as usual.


Saturday 12th July
Carnival day, I almost forgot. Out with friends in the afternoon but I manage a full work-out in the morning. Yoghurt and granola for breakfast and a protein shake after my workout. A bit more lax in the evening during the continuation of our film marathon but all within my targets. I just miss my little guy so much.


Sunday 13th July
Still feeling deflated and empty, decided to have a proper rest day with my partner so we've just sat around watching a bit of telly, playing games. Not overeating but not eating the best meals or even 3. It struck me again how much I dote on The Beast and how I couldn't sleep late with him around, 10:30 I woke up today but I'd trade sleep to have him back. I'm going to focus more on myself in the coming weeks, starting tomorrow. I'm still being a bit morbid and at the moment I feel as if the sorrow is getting worse rather than batter. Tomorrow I'll focus on working out hard and heavy and planning some meals out for the week. 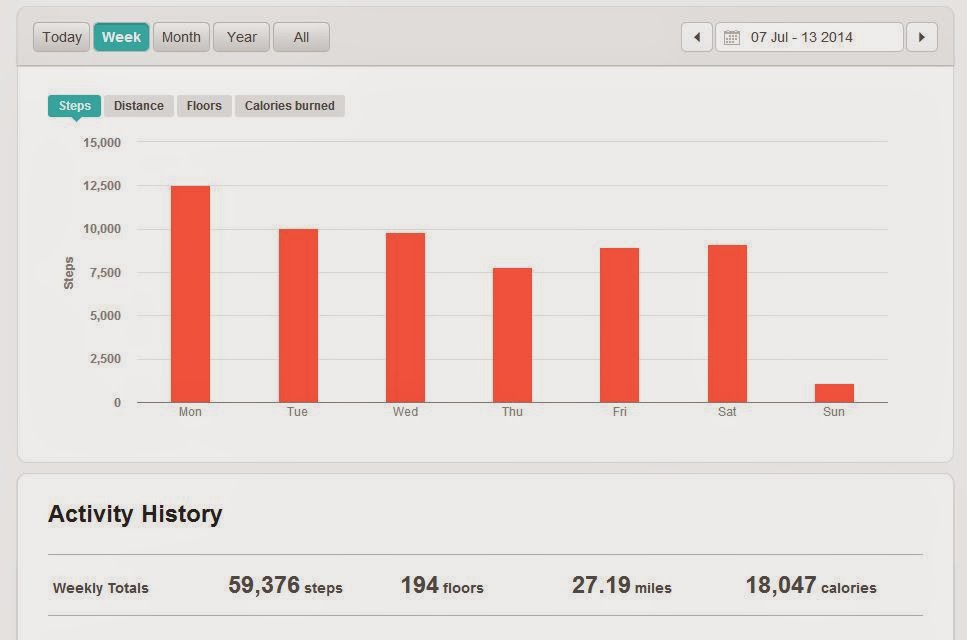 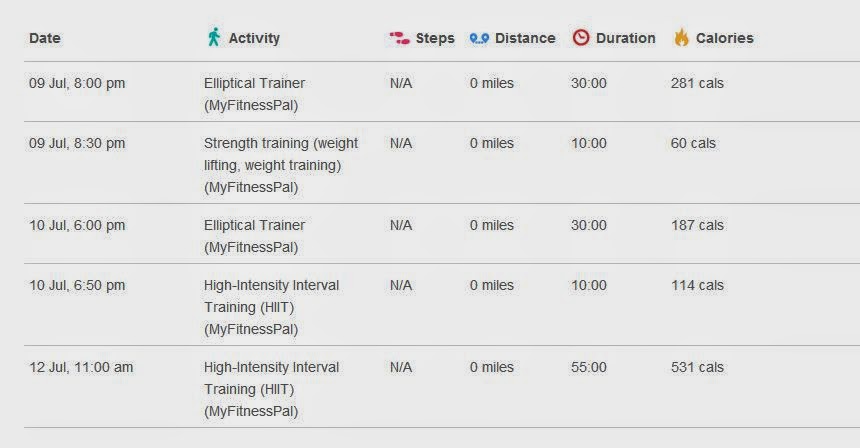 Short Term Goals
Focus on myself, getting my day to day eating in order along with exercise. I'll have a little more time to myself but I wish I could trade it. I'd like to be a bit more toned in the next few weeks.


Long Term Goals
Holiday - I need one even more so now so I'd like to be fit and lighter for that.