There would be no way I could do this bedroom, and in some ways living room makeover without getting rid of a number of items. Although my bedroom is my main priority the room we use as the living room also needs some work doing so today I got to sit in my big chair and tell James what to do, again, it is slightly frustrating as I'm usually the one that does a lot of the lifting and moving, I like things just so and James doesn't follow instructions too well.

Unfortunately there are many items that I own that I'm unable to vacuum pack. One of the bulkiest of those are the remainder of my VHS collection. I say remainder as I've been weeding them out for around 7 years. Even now I haven't been able to get rid of all but I am chucking more than I'm keeping.

For now I will still cling on to my Multi-Region video player, I can't see myself getting rid of that. My VHS collection now only takes up a small amount of space in my display cupboard so I can't see why I would need to think about getting rid of any others.


I've found it hard to throw away my collections over the years as I loved VHS, I was never interested in the best quality picture, I like lines and crackles. So what DVD was promising us wasn't that appealing to me but they did have something I liked which became more apparent after they had been out for a few years, there was a much wider selection. When I was in my teens I had a copy of a copy from someone of Texas Chainsaw Massacre as it wasn't something you could just buy in shops. It seems absurd that a film that now seems so mainstream would be hard to get. These days most so called video nasties that had been banned in the eighties (for home viewing) are easy to get, extremely easier to get than tracking down a pre-ban copy of the video. This pleases me greatly but has also led to an ever growing collection of DVD's and Blu-Ray's. Strangely the DVD that started my DVD collection wasn't a once hard to get horror, instead it was the TV show Freaks and Geeks, it was shown on UK TV briefly but they either didn't show the whole series or I missed it, either way I loved that show and needed to be able to see all of it. I found myself a multi-region DVD player and ordered the box set of Freaks and Geeks from the now defunct Playusa.com. The box set is still in good order and I still love the series.

So here is what I am getting rid of: 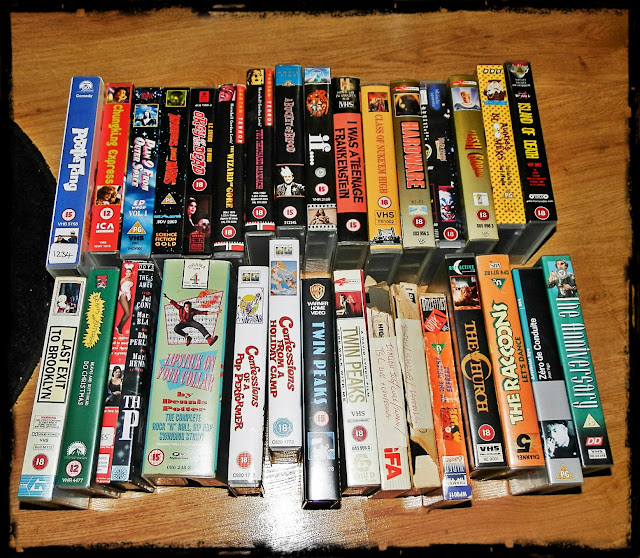 and the few that I'm keeping, for now at least: 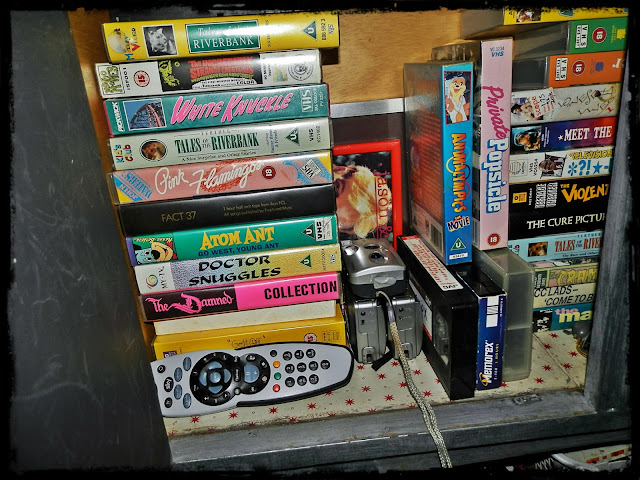 Sadly I have also decided to grow up and stop holding on to my flamingo lights, I love them so much but they don't work. Well I just need to change the main bulb and they would be fine but they truly smell awful. I used to smoke and these reek. I don't think I was fully aware of how bad things smelt until I quit. Part of that could be regaining a full sense of smell but it also isn't as obvious when you are around that smell all the time. It will only be goodbye to this set as I plan to buy another one! 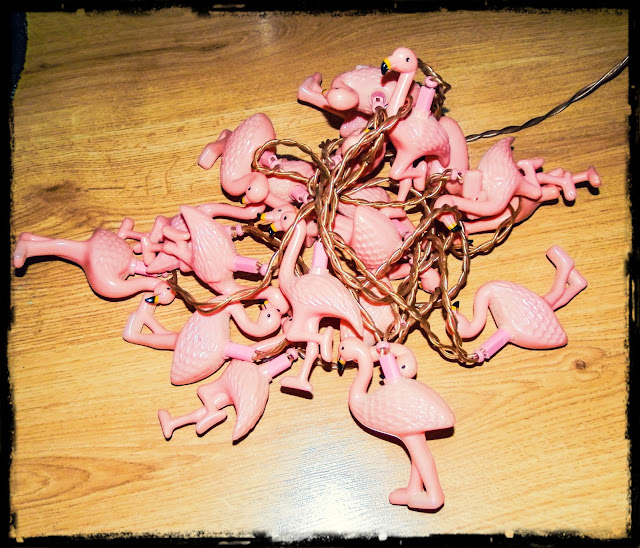 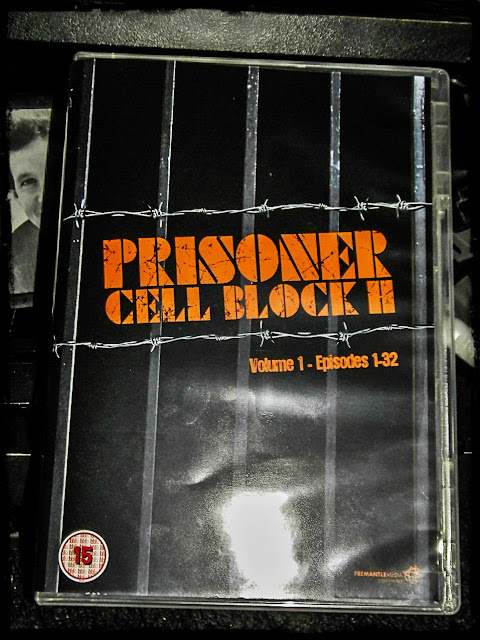 Now we have plenty of time to enjoy the rest of our Saturday, well a few more hours left in which for part of it we plan to watch more of the Prisoner Cell Block H box set, unfortunately I only have the first volume out of twenty, with the second volume ordered. I've had it for a while but hadn't thought to watch it until an old friend brought up one of the characters (Joan 'The Freak' Ferguson - one of the best nicknames ever) of the show the other week, although she doesn't appear in the volume(s) I have. I forgot about it again but then with the new "re-imagined" version of the series, Wentworth, starting next week on Channel 5 I thought it was time we watched the original again. I have to say, in my head it was always good but part of that was nostalgia, I was a child when I watched it originally and always had fond memories of it especially compared to Spitting Image which scared the living daylights out of me. Watching now as an adult I'm actually shocked at how brilliant it is and can't wait to follow it all the way through, that is once I have all the volumes.
Posted by Unknown at 19:24