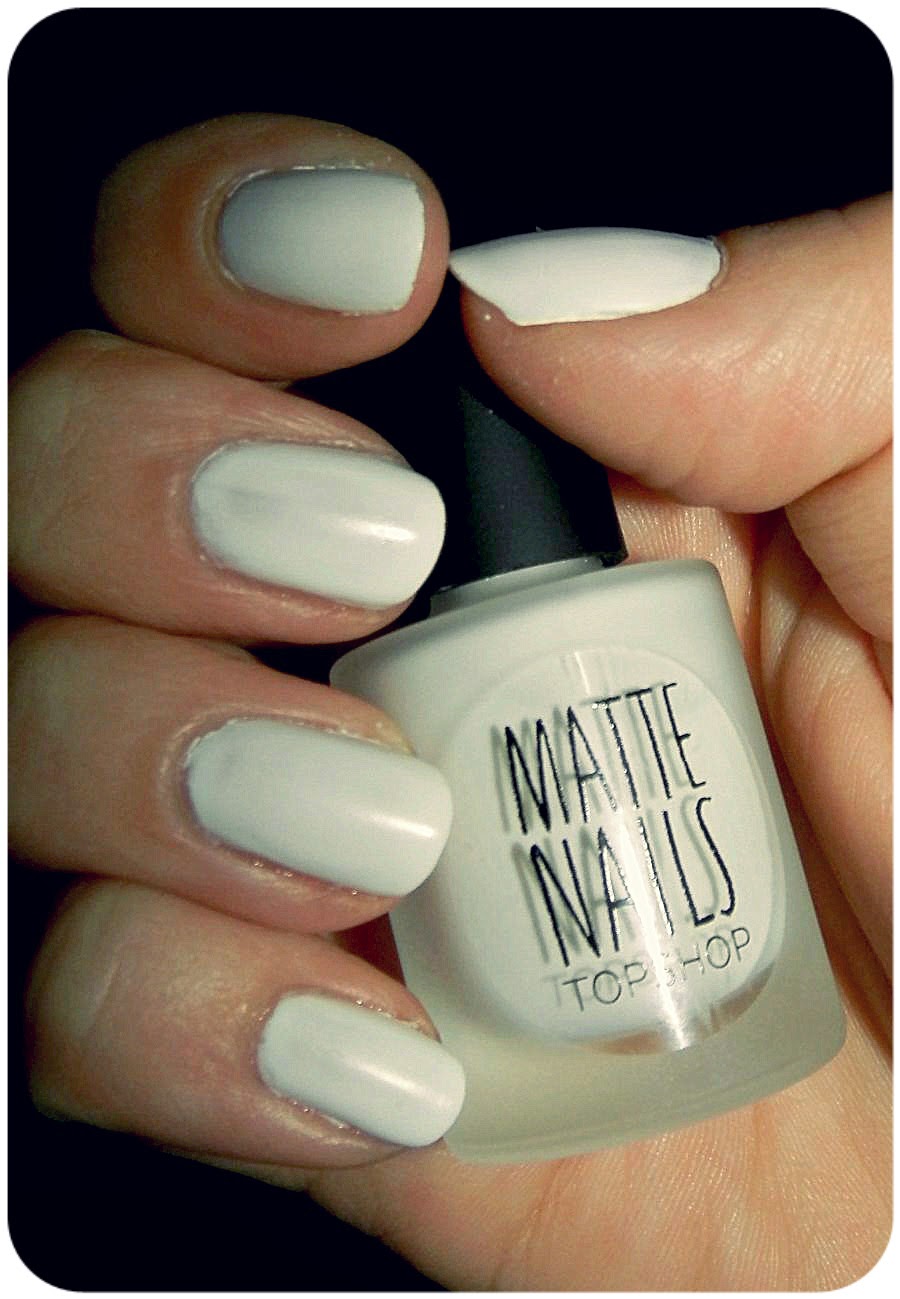 Topshop Matte Nails in Milk and Honey £6.00
In a previous post I've pondered on whether white nails ever look more than just a frenzied tippex attack and had pretty much come to the conclusion that they just aren't my thing. So why did I buy this shade? A possible moment of madness due to the fact that whenever I see others with white nails I just love the look so decided to give it another go.

I have to say I think this Topshop varnish is the perfect white for nails, it doesn't have that tippex-esque finish that some really do have yet it is just a bright white. This should be a matte finish but it really isn't fully matte as there is some shine to it that doesn't fade once dry. I applied two coats in the photo above but I couldn't quite get it as even as I liked, I do tend to layer it on thinly this would have benefited from a full on thick coat.

Speaking of drying this dries remarkably speedily, touch dry within 5 minutes and after 45 minutes I was able to wash my hair without damaging my nails. As it was a supposedly matte finish I didn't apply a top coat I did end up chipping a couple of my nails the next day which as disappointing but a couple of days own the line no further damage had occurred so that was pretty impressive.

If you are after white nails then I would highly recommend this one, but I really think it works better on darker skin - at least anything other than pale. I'm not quite convinced for myself but it will make a pretty nifty base coat/background for clear glitter effect nail varnishes and for the odd time I might make the effort to do a design!
Posted by Unknown at 21:35