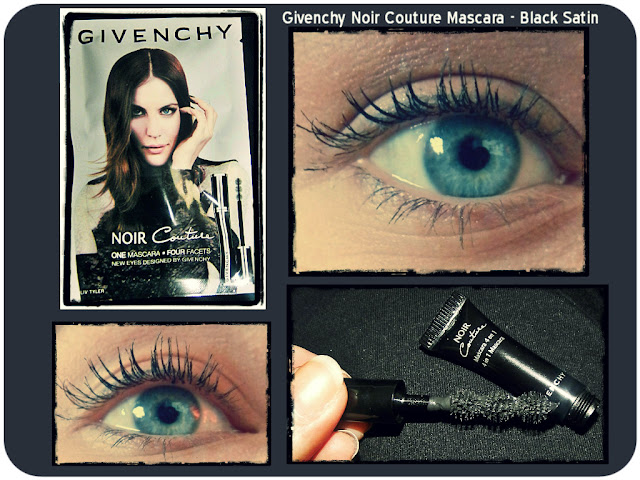 I received this mascara in my May 2013 Glossybox. Usually with miniatures I save them as they're handy for when I do travel, this one felt smaller than the usual trial mascara so I decided to try it out straight away as I felt I'd get three goes out of it at the most.

This mascara comes with a tri-spherical brush, I'm not that bothered about there being three but I do like mascara brushes with a ball on the end to help work the end and the underneath lashes. I really couldn't tell the full benefit of this brush with the trial mascara being so small the brush was only 2.5" long including the handle so a little tricky to apply. I think with the full size version the brush would be great though.

The overall effect for me wasn't as dramatic as I expected. I applied three coats but still don't have a build up as dramatic as the Benefit they're real mascara but it does still make a nice evening mascara. It was clumpy, although I don't think I've ever found a mascara that works well without using a tissue to remove most of the mascara from the brush. I worked my lashes through with a clean dry brush which improved them tenfold.

One really positive thing is that the mascara seems to last without flaking. After applying and leaving for ten minutes I was able to rub my finger along my lashes without any mascara coming off onto my finger, something a lot of other mascaras do. I can imagine this will last the night, only coming off when I want to remove it.
At £22.50 I'm not convinced this mascara is worth the extra money, I think you could get the same effect from a £10 mascara but possibly without the longevity. I would have been preferred to have tried the Givenchy Phenomen`Eyes Mascara, I like the brush and I think I could get a more theatrical effect from it.