Huzzah! 1000 Items in My Film Collection

This is one of those random rather pointless goals I gave myself earlier this year. I'm an avid film fan, I'm not in to the big blockbuster, CGI fests that seem to be the norm these days, I tend to go for the older films, although my tastes in genres is pretty wide I am a huge horror fan, Kitchen-Sink Dramas, Old British Films, B-Movie Sci-Fi, 80's teen, old musicals, the odd teen movie from the 90's and movies that could generally be described as bad taste. Living in a town without a cinema I started collecting videos around the age of 12, those were taken over when DVDs came along although I still retain a few of my videos. Having a collection this big makes it hard to keep track so when a friend introduced me to Film Aficionado I signed up with gusto, James was 'happy' to help me out by going through the DVDs/Blu-Rays while I logged, my obsession with keeping things like this in order made it easy to work through and whenever I get something new I update my list.

The DVDs/Blu-Rays that made my goal possible arrived today, I know I have a huge collection but I'm a thrifty shopper when it comes to my film collection as well as everything else. I don't go to the store and pay full price when something new comes out, I wait, I look for offers, I use points I've saved. Steelbooks I rarely spend £15 on, I usually pick them up around the £12 mark, Blu-Rays I try to get for around £9 max and DVDs £6 tops but I also pick up second-hand copies for a few quid. 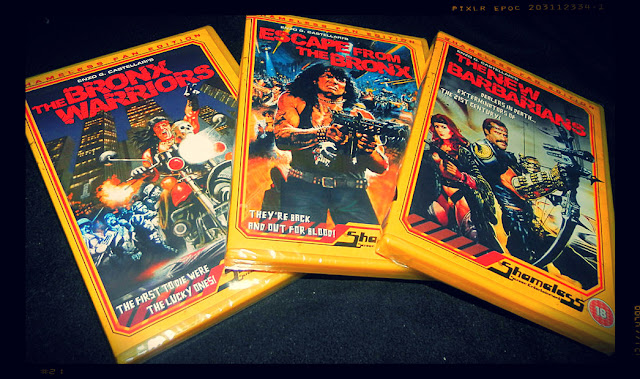 These three DVD's make up the Bronx Warriors trilogy, I'd wanted these for a while, originally I was after the box set with all three in but that was too expensive. Instead I got them individually, James actually treated me to them as he thought I would pout if he didn't! 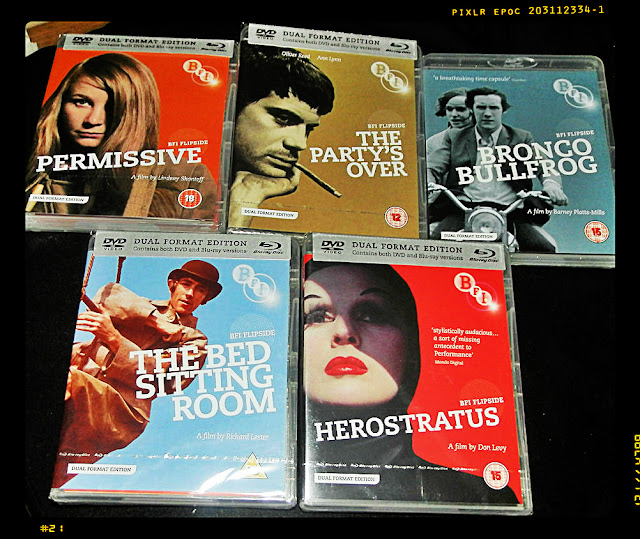 Now these five I actually bought myself, Sainsbury's Entertainment had these BFI Flipside releases for a steal at £6.99, I wasn't going to as I'm a bit strapped for cash until I'm back in work but I then realised I could use nectar points. I love nectar points, I've collected them without even thinking about spending the points so I was nicely surprised when I checked my balance.

That's it for now, I should catch up on watching before buying anything else. I have a couple of things on pre-order but with a collection like this I don't need to worry about running out of anything to watch for a while. When I get my own place I will really need some more custom built shelves.