It would be foolish to say this year hasn't been full of stress and heartache but I was still looking forward to Christmas. With all that was going on James and I have been super busy so we had postponed Christmas in favour of visiting family members first - which is also the most important bit. Sadly my gran had been sick for a while and has recently passed away, as we had been expecting it we're not exactly shocked and in a way we're glad she is now at peace after spending months in hospital going from one infection to another and just two weeks ago they discovered cancerous growths. She was 87, a fantastic age and to be honest since grandad died last year she has deeply missed him.

Dad is also still in hospital, neurological rehabilitation to be precise, but he is making progress and that is something to be positive about.

We could cancel Christmas this year but instead we're focusing on the positive, Christmas was always a special time of the year, we spent a lot of time together as a family, eating and laughing and although I'm sad I'm very lucky to have had such great grandparents.

Before gran passed away we already knew we would be busy so James and I planned to have a Christmas day to ourself when we had time but before New Year. We've saved our presents to each other including stockings and our presents to Samhain - we thought it would be unfair to give him all his presents before rushing down to spend the day with dad so we have dedicated tomorrow to being our Christmas day which makes today our Christmas Eve. We will have more sprouts and bread sauce, two types of mash and Yorkshire Puddings followed by my first Christmas pudding of the year. I'm sure I'll post photos of what I received after my Christmas day. For now I'll just post a photo of the snowfall we've had where I am, grandma did like the snow. 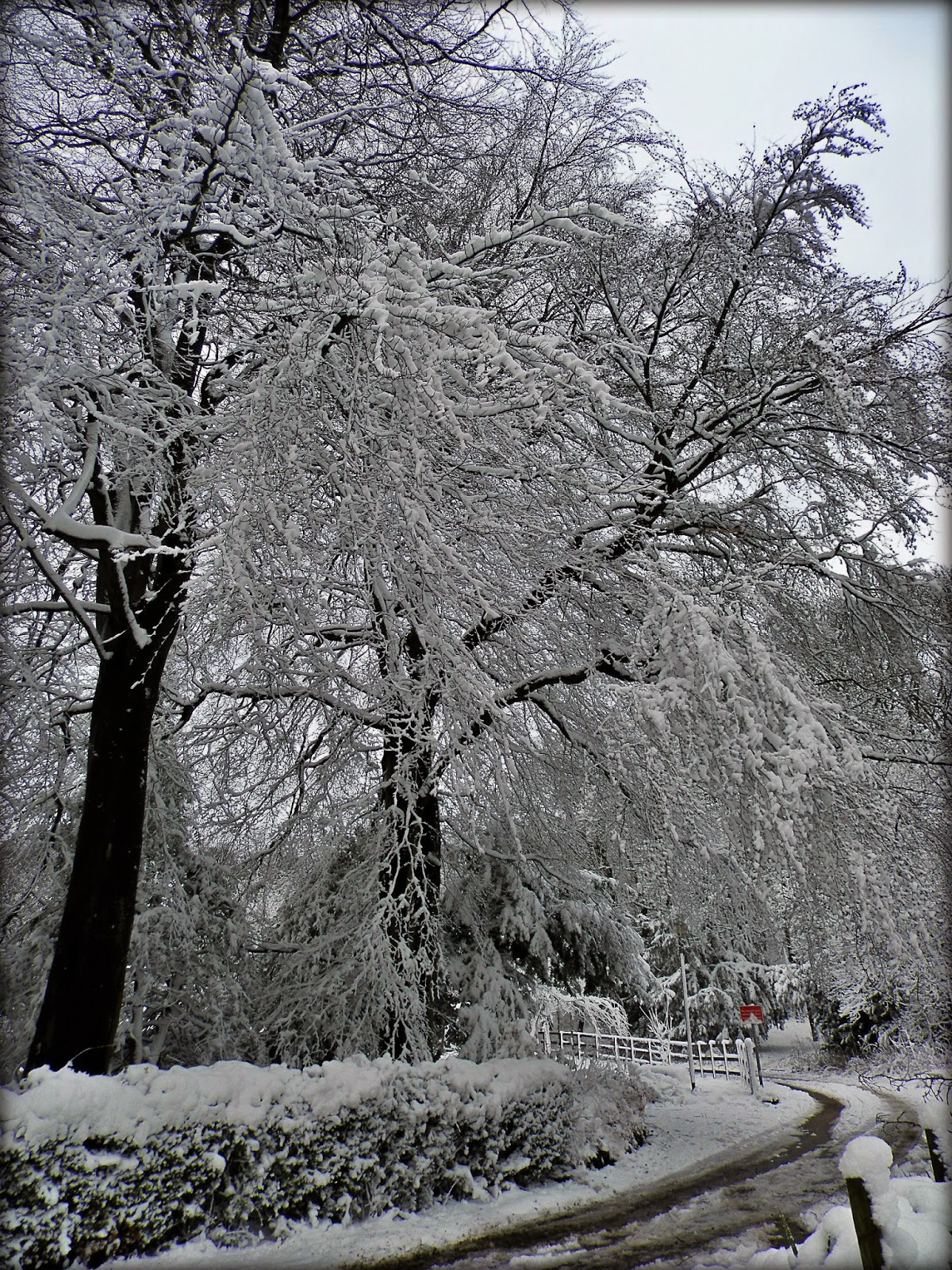