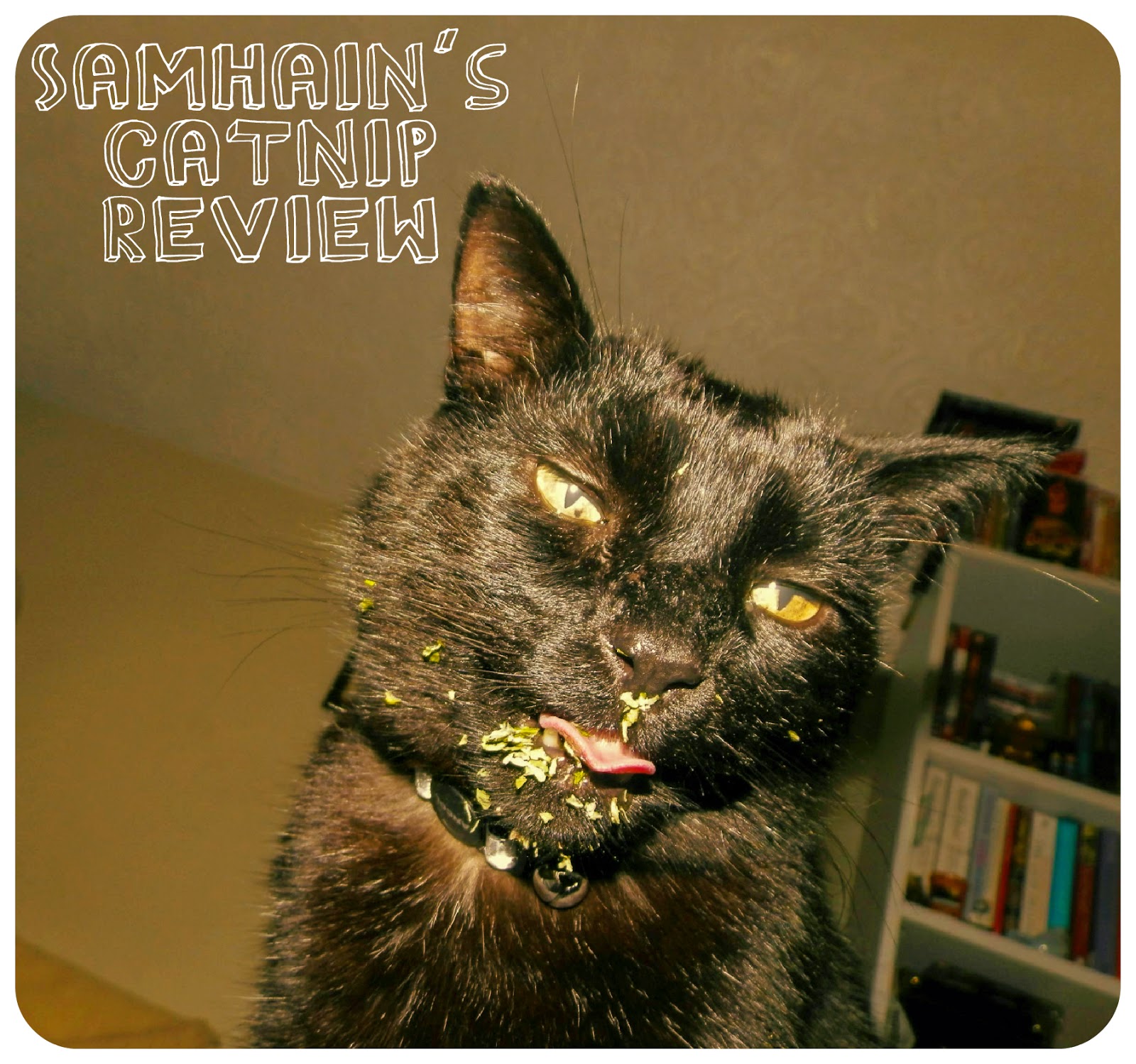 Another catnip review from Samhain, this time focusing on something he has had for a short while now. I had been meaning to pick up the Yeowww cigar for him since he came to live with us but I decided to be reserved as I had already spoilt him rotten, this would at least be something to get him in the future, for Christmas, and in a way I did wait. I then picked it up rather early in time for Christmas and then ended up giving it to him after he had been in a pretty rotten fight, I can barely move for cat toys! 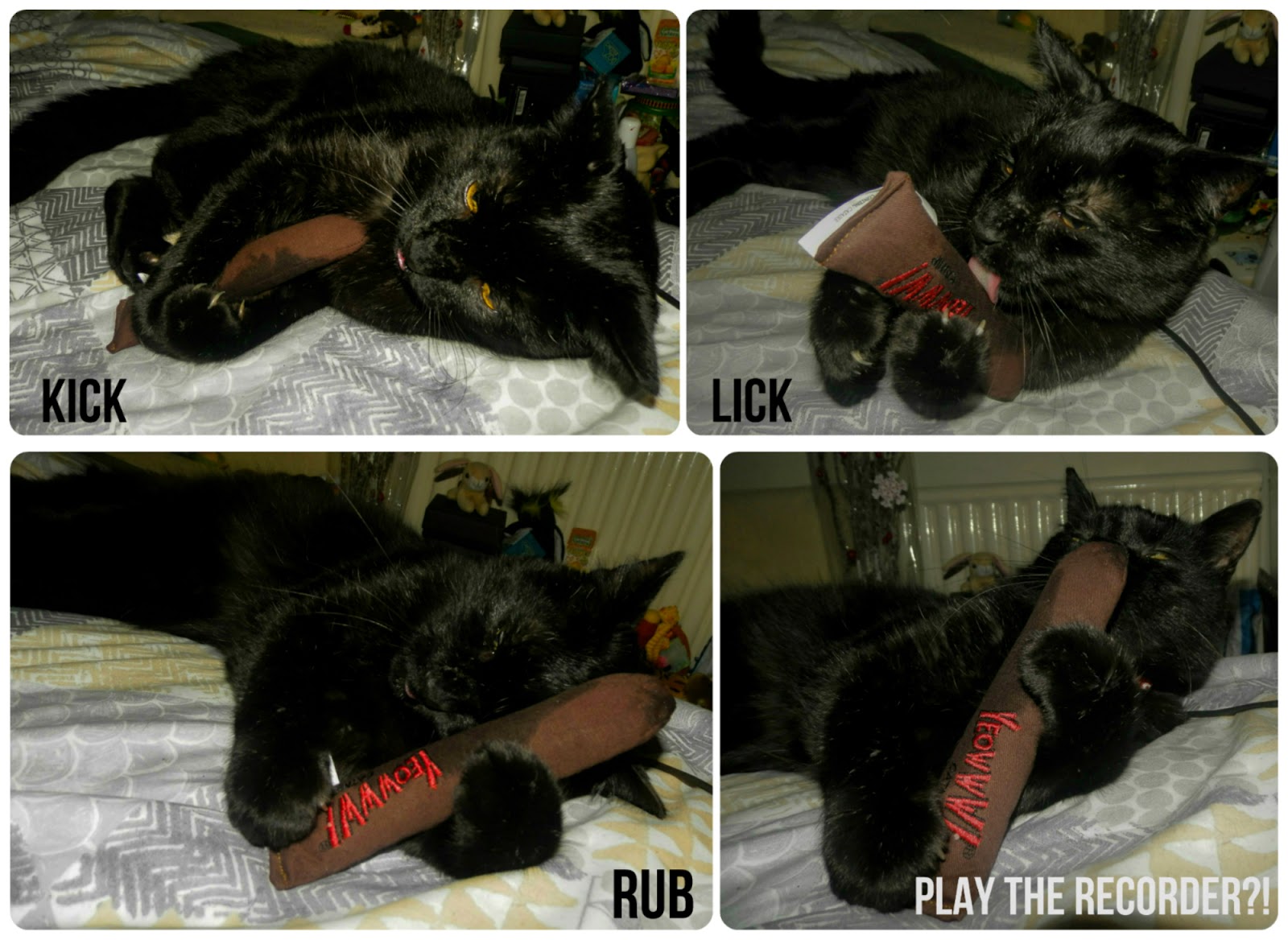 Yeowww are possibly his favourite big brand catnip, he prefers the smaller independent brands in general but there is just something about Yeowww that sends him in a happy frenzy. Now he already has a few Yeowww toys but the cigar is his joint favourite along with his pollock. I believe this is because of the shape, they're long so he can wrap himself around them and kick kick kick with his back legs, he just loves to do that. He is also big into licking so he completely soaks the toys - he then likes me to rub the toy around his head for him.

The toy is still going strong after about a month, it hasn't lost any strength and he still seeks this out. Even though he has licked this repeatedly it isn't falling apart and more importantly it still smells of catnip and not cat saliva. I think this is rather high quality even for a mass produced product.

This would make a lovely little stocking filler for any cat from nip fiend to doubting Tomcat.

I picked this up for £3.99 from Amazon but the price does fluctuate frequently.


Finally, to sum it up, how does this make Samhain feel?