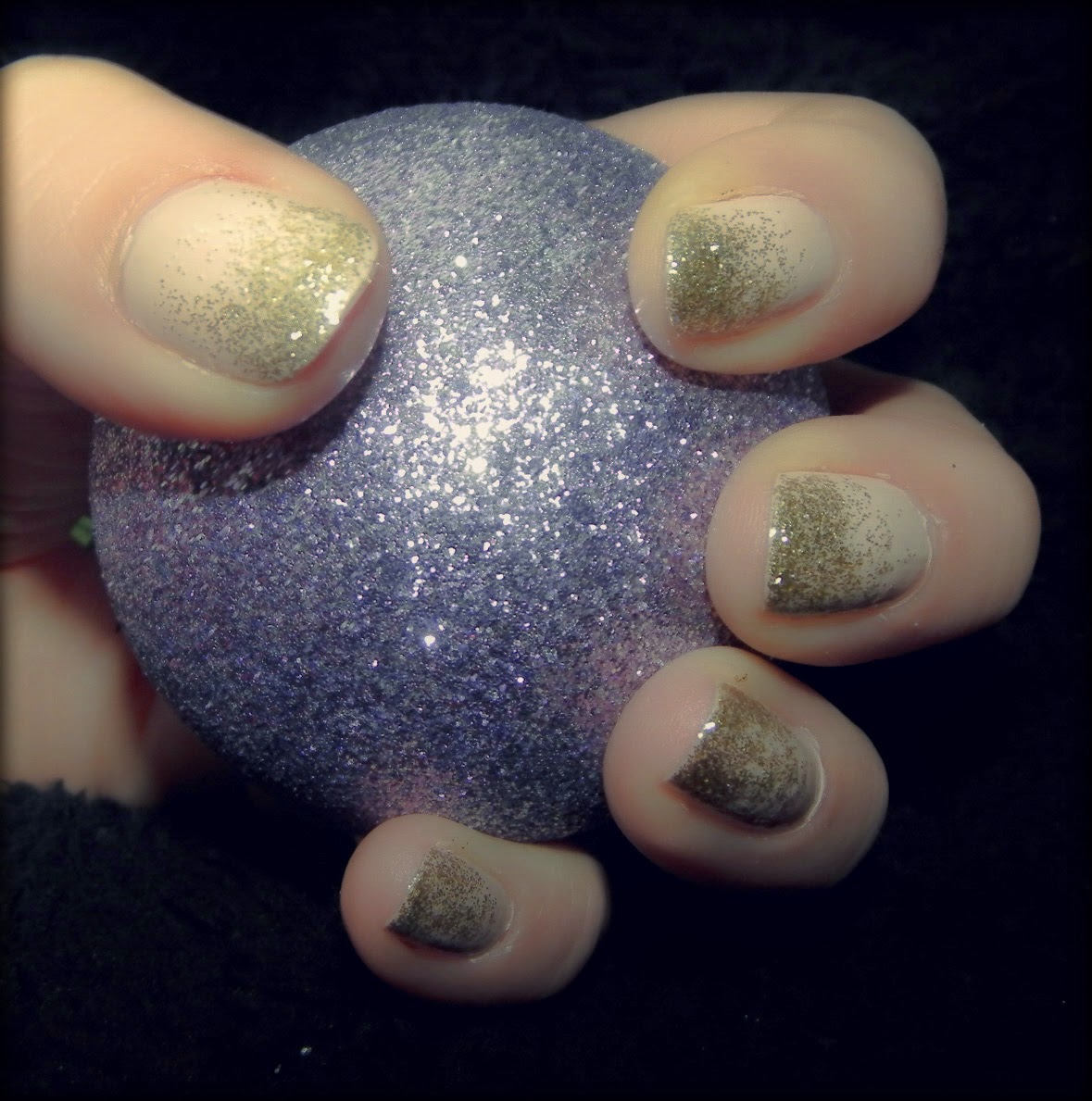 I didn't got our New Year's Eve but I did do my nails, 15 minutes before midnight to be truthful. Okay, so I didn't have the wildest night and even though I did them super late I still wanted a bit of sparkle. I decided to do something glitzy but low-key, so avoiding being full on I decided to use an opaque nude shade along with some gradual golden glitter.

For my base I used Barry M in Lychee a creamy light brown, or, like a peeled lychee, I applied two coats leaving it nice and opaque. Once dried I added Illamasqua's Spartan (Sadly discontinued but still available as part of this set). I made sure to wipe as much of the glitter of the brush as possible before applying it starting three quarters of the way, next coat from half way leaving a little bit more glitter on the nail and for the final coat starting at the quarter up mark I applied as much glitter as I could get on the brush.

It's a pretty simple look - I'm incapable of anything too complex, it's nice and light and will look low-key with jeans and a jumper but would equally look rather glitzy with a glamorous dress.
Posted by Unknown at 11:30