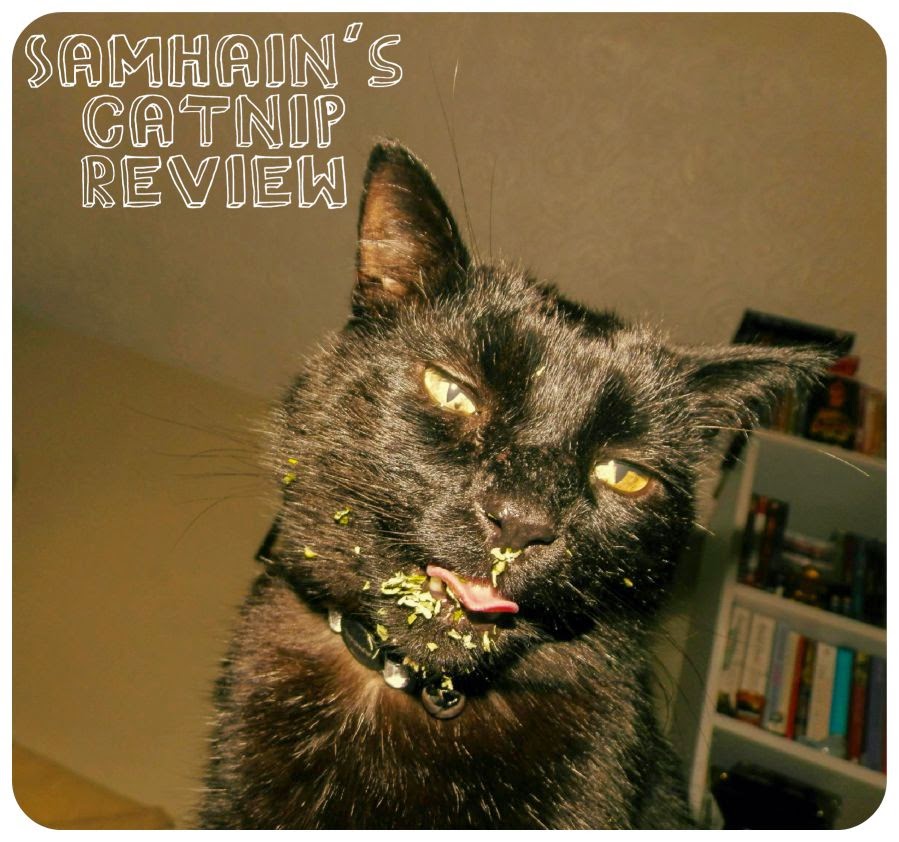 Now it's been a while since Samhain reviewed a new catnip product but that doesn't mean he hasn't had plenty of new products to try, he was truly spoilt rotten over Christmas but the product featured today is something he received in his last Cat Hampurr, a Christmas Catnip Mouse £3.00 from KraftyKatsUK.

Now the day we looked at the box was the day of another big fight and he was so exhausted and down-hearted he just couldn't enjoy anything like he usually would but since then he has gone slightly wild over his new toy.

This Krafty Kats UK mouse is a lovely, durable, handmade mouse. One thing I liked - and he liked was the size, slightly larger than your usual catnip mouse which makes it easier for him to get a grip on. If he ain't licking his catnip toys he is holding onto them so he can give them a good kicking, which again makes the larger toys more suitable for him.

This toy sent him into a crazy mood, he chose to enjoy this toy whilst lying on his back with his back paws in the air and his front paws clutching or licking his new toy while I rubbed his belly, see photo below!

He doesn't mind having his belly rubbed but he doesn't demand it and he rarely rolls onto his back for this type of mollycoddling but the toy sent him off in a dreamy state which was just lovely.

Another great thing about the size is that when he has had enough of licking and kicking the soft toy makes a perfect pillow for a completely knackered pussy cat!


Such a fantastic addition to his mound of toys, I've never had a toy make him want to just lie on his back like this does, what a weird effect but truly marvellous!
Posted by Unknown at 10:00