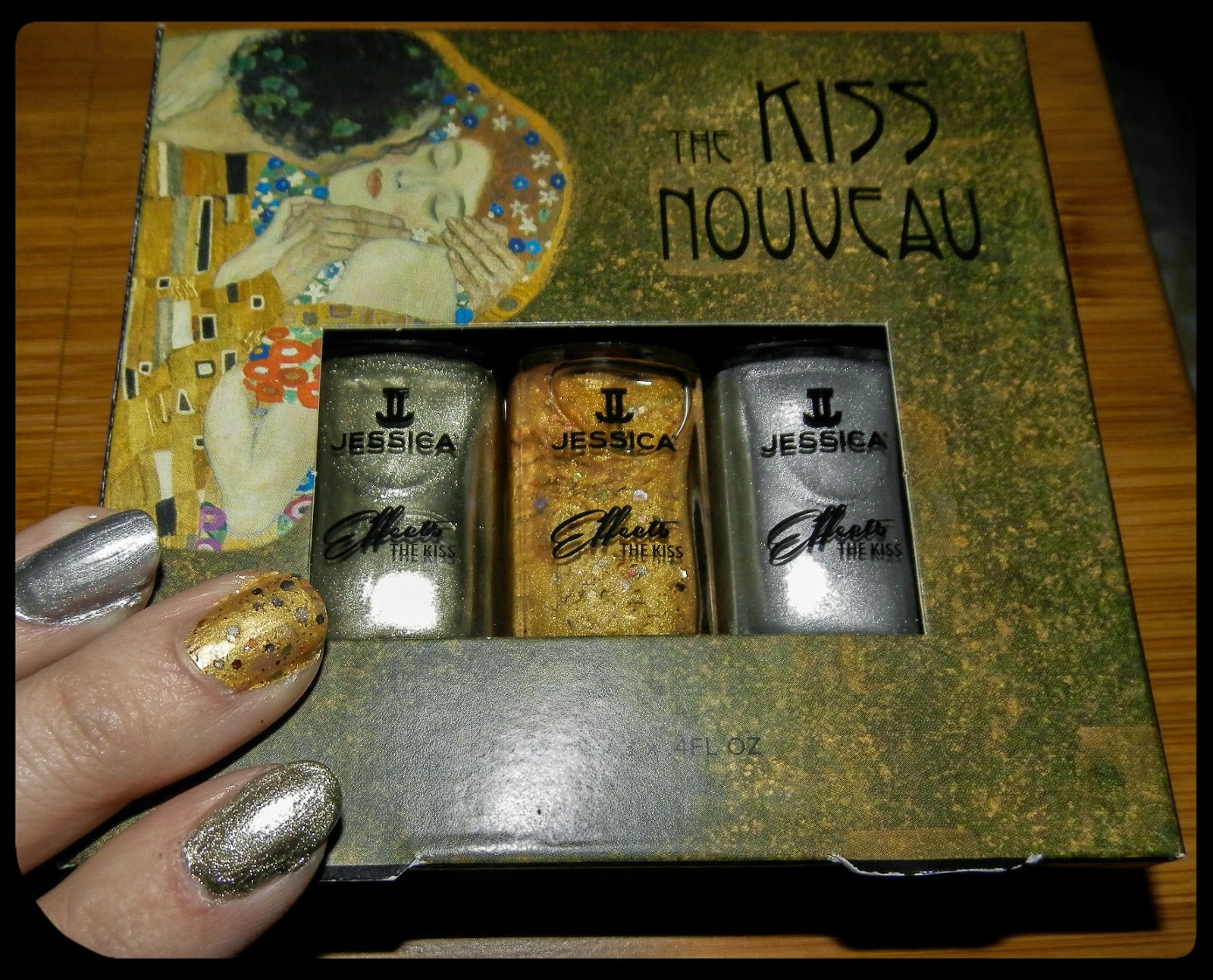 Now I should mention that I bought this set pre-buying ban so I haven't cheated just yet. I thought it was time to feature this as it is currently on sale at feelunique.com for a very reasonable £14.70. This was bought in a week that I sorely failed to be reasonable when it comes to updating my nail varnish collection, this was one of five sets I'd bought. I have no regrets though.

New to Jessica nail varnish, I was aware of the brand but nothing had really caught my eye so I hadn't felt the need to explore, until I saw this. I love Klimt and the idea of a nail varnish set based on his piece "The Kiss" was both amazing and ridiculous, I don't know why it hadn't been done before, it works so well.

There are three nail varnishes in the set, all very wearable, two slightly more versatile than the other. Those two are both metallic, chrome shades, the names of them are self-explanatory, Platinum Passion and Golden Embrace. The final nail varnish, Be Jewelled, is the most Klimt of them all, the base is a golden yellow with multiple particles in different colours reminiscent of Klimt during his golden phase which makes it very rich and vibrant.

Having never used Jessica nail varnish before I wasn't sure what to expect quality wise but it applies rather easily and evenly, it lasts well after drying in a fairly reasonable ten minutes for the solid colour but slightly longer was needed for the nail varnish with particles - possibly as this was more layered. My only issue came when using Be Jewelled, possibly because of the array of particles but I found that unless I scraped the brush it would run all over the shop, instead I found it best just to apply several thin coats, rather than the two standard I'd done with the other two but for the overall effect it is totally worth the effort.
Posted by Unknown at 11:00