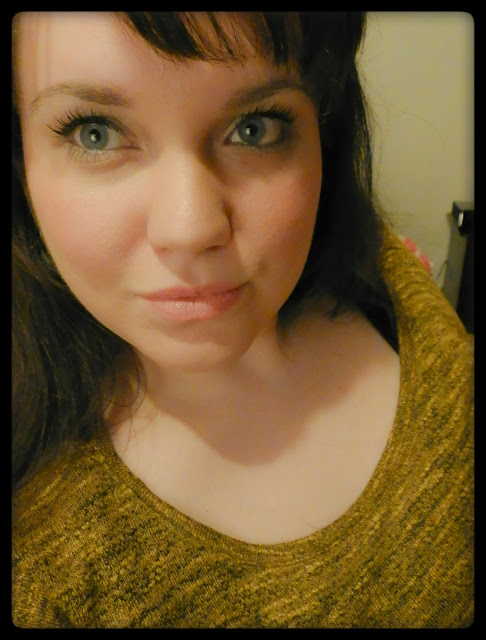 This is more of a simple but still a pretty flash look. I do love gold eyes, usually I apply quite a faint effect but here I've tried to layer on as much as possible - I did this look before I bought the Illamasqua liquid metal, I'm going to work on even more dramatic looks with that at a later date. 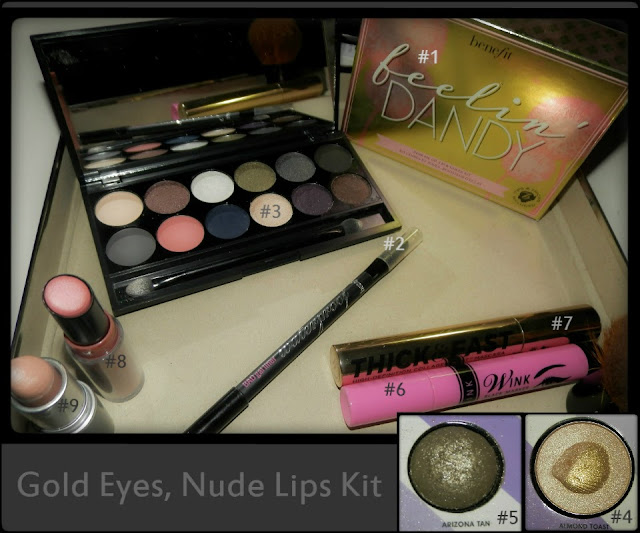 Yet again I used my basic go to foundation and the Benefit Dandelion blusher (1) The Feelin' Dandy kit is featured in the photo as I couldn't find my full sized one, typical! I first used a kohl liner, Benefit Bad gal liner waterproof (2) on both my upper and lower lash line. I then started on the eyeshadow, first with a light gold base from the Sleek i divine Showstopper palette Sparkle (3) adding this all over my lid, crease, only stopping at the brow. I followed this with two others golds from the Frontcover Metallic Pastels Eye Collection, first I used the main colour of almond toast (4) all over my lid, I then took the gold featured on the shell in the middle and added a thin line on the inner of the lower lash line followed by more of this gold on my upper inner lid. I did layer up several coats to build on the colour before I was happy. I then lined the lower lid with the Arizona Tan (5) and also added this darker gold on my upper lid in the crease. Next time I might add a liquid brown eyeshadow underneath for a darker layer to build on but I still think this is a nice enough look, it's hard to not want to go more and more golden. I finished it off with Barry M Wink Marker Pen Eyeliner (6) on the upper lid tracing over my original line in black and finished it off with Soap and Glory Thick & Fast HD Mascara (7).

This isn't a full on look so I could have worn a darker lipstick, possibly a plum or a berry, instead I opted to go nude again and used a mixture of lipsticks, I wanted a slightly pinker look so I first used Revlon ColorStay Ultimate Suede in Socialite (8) followed by my unlikely favourite of the moment the MAC Cremesheen Creme D'Nude (9). A pretty simple versatile look.