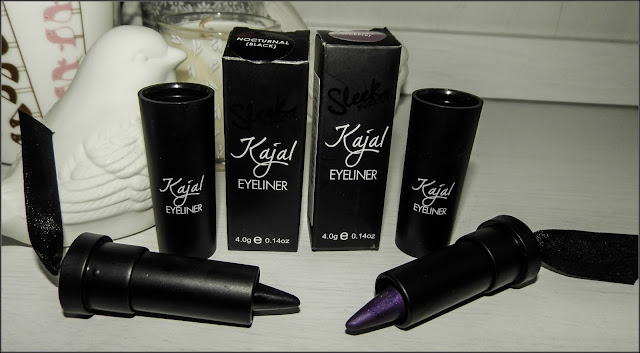 As part of my quest to find the perfect eyeliners I decided to try the Sleek MakeUp Kajal eyeliners. I liked the shape but also the idea of a slightly moister eyeliner. It is described as neither a pencil nor a liquid eyeliner but more like a crayon and I can vouch for that. It is just like using a crayon. Unfortunately like a crayon the shade when applied is rather faint, especially where the black is concerned. It would work quite well if you want a heavy thick look and aren't after precise, fine lines. 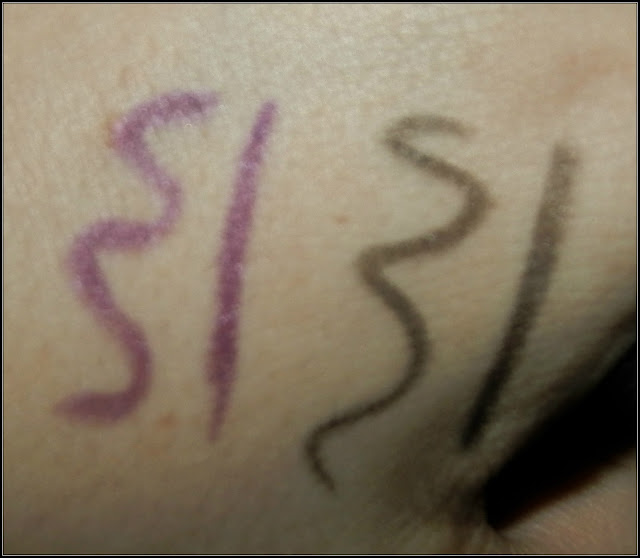 The odyssey is my favourite out of the two, I love purple for autumn/winter and wanted to find an eyeliner, it isn't quite dark enough to be the one but it is nice to work with. These eyeliners can also be smudged and used as an eyeshadow, I much more suitable use. As the crayon is tapered it is recommended you use it just on its side to keep the point as sharp as possible, making it quite fiddly and limited. I've only tried it out on my eyes with no shadow underneath or on top but I am looking forward to trying it with a full look to get a better idea of how I can make use of them as on their own they don't quite last.
Posted by Unknown at 11:00