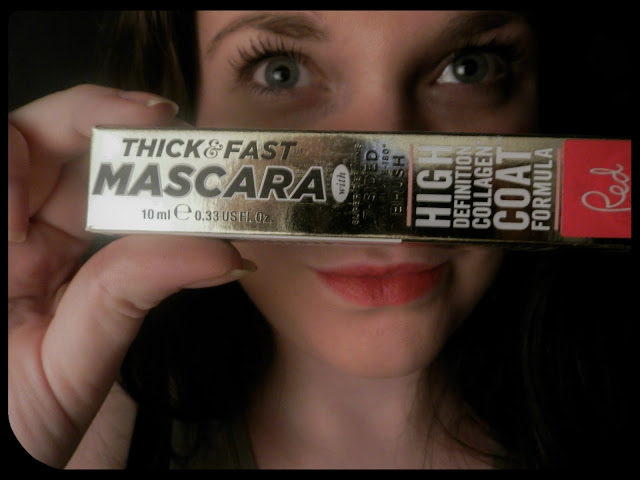 You can never have too many mascaras? not at all true, if you have too many they either dry up or go bad, make your eyes water and possibly even give you an infection. So be finicky when picking mascara, buy when on offer and never ever share.

I have more dried up mascara than I have of the un-dried variety, even when useless I find it hard to part with them but this last year I have been pretty good, I think other factors are involved rather than myself being thrifty. Last week I treated myself to the Soap and Glory Thick and Fast™  HD Mascara during my Boots online binge along with the Show Good Face foundation and primer (2 for £15 in Boots). 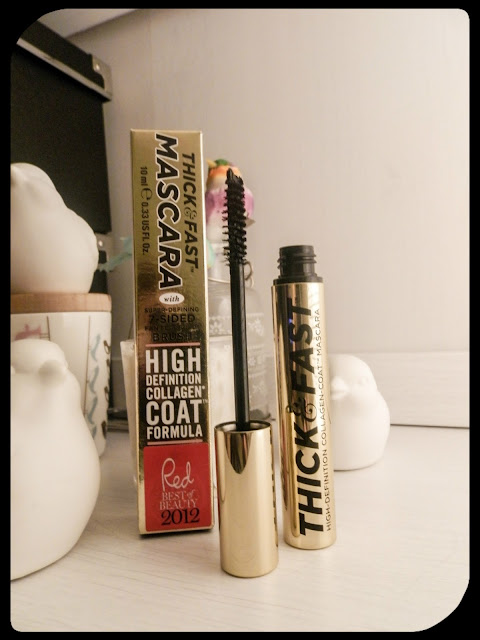 I love Soap and Glory but haven't really ventured into the make-up side, my local Boots is quite small and although it has a selection it is a small selection. It is fair to say I'm out of the loop with all the make-up releases. I did receive Sexy Mother Pucker as a gift, I tend to get the massive, generous box sets at Christmas which take me forever to work through, I say forever as the ratio is higher on the unused side. So I rarely think to browse Soap and Glory as even though I'm an obsessive compulsive shopper the fact that my bathroom has more Soap and Glory products in than my local Boots does stop me. Which is such a shame, their make-up range seems to have grown and grown so it is time for me to try some of it out.

Having finally bought and tried the BeneFit they're real mascara earlier this year I thought I had found the one and only effective false lash style mascara but I was wrong, the Soap and Glory Thick & Fast™ HD Mascara is every bit as effective and at £10.50, a little cheaper.

With bigger and thicker lashes more the norm these days mine have felt particularly limp. An inability to keep a daily routine has meant, even while stuck at home for months, I haven't tried any of the so called lash thickening, lengthening treatments. I just want a mascara I can stick on when extreme lashes are needed without the need for falsies. This mascara really works wonders, on application it feels rather natural, like a normal everyday mascara but the results are thick, long lashes without feeling heavily coated and barely any clumps. The brush itself is pretty standard compared to the newfangled brushes that have come out recently and there is nothing wrong with that, the quality of the product is that great I almost forgot that the brush was nothing new.

You can see the photos but it doesn't really show how natural they look, as natural as coating your eyelashes in black gloop can get, or how they move. So I shot a brief, silent video to give a better idea, in both the photos and the video I am only wearing two coats of the mascara so think of the possibilities. I call it the blinking video so here you go, watch the blinking video!

So a natural, reasonably priced mascara with full on dramatic results, what more can you want?
Posted by Unknown at 14:41