A Metaphorical Journey Which Also Represents an Actual Journey i.e. my Confusing World of Weight Loss 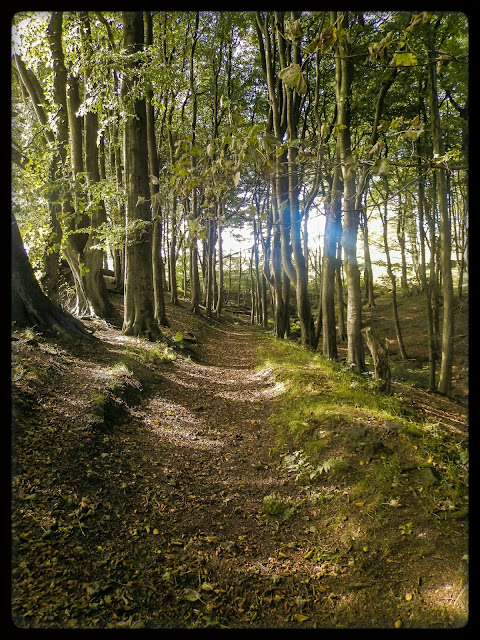 It is time for me to bite the bullet, a lot of things are changing this week and I can't put off the inevitable, that being losing more weight. Before I go into where I am with the whole weight loss journey I think a back story about my yo-yo years is in order to understand why I now happily post baking recipes but am also very much into fitness.

Before I go into my personal story I just wanted to share my thoughts on diets and the pressure but on young girls, women and even men. Obviously I'm not happy about it, I think we have so much pressure to be perfect it's sickening. The rubbish we have to read in magazines about special diets, special foods, quick fixes is disgusting and all exist to sell a product in one way or another. We should be happy with ourselves and only change things for ourselves, whether that is feeling comfortable in your clothes, health but never for someone else. I hate fat shaming as much as I hate skinny shaming, weight plays too much of a precedence in our lives.

Time to rewind the clock some 13 years back to my late teens. I gained a ton of weight, okay not literally but I put on a few stone at first I didn't care but it started to get me down and I felt like I really needed to lose weight. At first I started to sensibly cut out 'bad' foods, this worked, I lost some weight and I felt better but I really wanted to be within my healthy range so I started working harder at it. As I got closer to my target weight my weight loss slowed down, this frustrated me beyond belief, I started to cut more and more out of my diet. I developed a serious problem.

By my early twenties I was at my ideal weight, I actually managed to get down below it and I looked terrible. My skin was sallow, I was bony but with saggy skin, to me my face still looked round, fat and I have such a heavy frame to go along with being tall I was never happy, I had no energy and my weight was out of control, if I ate a tiny bit more than usual I would gain. I'm sure you can see the problem here, I was starving myself on purpose. I would work out hard before eating a meal, even at a friends house. I would skip meals altogether, some days I wouldn't eat a thing and sometimes lunch would consist of a cucumber.

I was a vegetarian, I still am, and I'd got it into my head that I couldn't eat any carbohydrates so I skipped - I didn't really think about the amount of carbohydrates in fruit so I did no carbs would be a false statement to be honest I just didn't eat pasta, bread, potatoes, crisps, cake, crackers, biscuits, rice. I would still drink alcohol normally at the weekend, I don't know how underweight I would have been if I didn't have a social life but my meals were little or non-existent if I could get away with it. To this day I can still remember my usual daily diet :-


Wash that down with copious black coffee, green tea and water.

I would do frantic sit-ups before a "big" meal, I would see accidental spillages of food as a sign I shouldn't eat. I would cry, beat myself up and scratch away at my skin. I was an emotional wreck.

My body gave up, I became so weak I couldn't get out of bed but I was fortunate as I didn't suffer as much as some people. I became relatively normal quite quickly, or so I thought,  it has actually taken me a decade to get my relationship with food back on track and my weight. I pulled myself out of it, possibly too quickly. I started to eat more, around 1500 calories a day and with that I gained weight, I thought this wouldn't be an issue but my mind went into overload, my emotions were everywhere and even briefly ate meat again as I thought it would make my life easier, it didn't. I was so distressed by the weight gain I would eat so little in the week and then binge at the weekend and my weight was still climbing. I was highly distressed and I felt like I was snowballing out of control, I was right to think that because I was.

I started to become less active, I was really struggling and then I became ill. This may have been my saving grace. A benign tumour was found in my kidney along with cysts on my ovaries - double bonus! After they found the tumour to be growing I was sent into hospital for an embolisation. It was only when recovering at home early last year that I finally got my relationship with food sorted. A doctor actually annoyed me by suggesting I should eat as little as 1000 calories a day as normal diet, he did say he wasn't a nutritionist and wasn't sure, although I knew I needed to lose weight this irritated me as I knew I would eat as little as that in the week anyway, sometimes less. The line between what was normal and what was low was so close I decided I needed to look into things properly.

I'd been logging my food when I was starving myself but decided I wanted to do it again just to see if I was slipping up anywhere. It was while I was trying to use a rather outdated, weak food diary that I stumbled upon MyFitnessPal - I joined January last year and haven't looked back.

Being able to log things accurately really helped me, I know this sounds strange but I actually had to up my calories to keep on top of my weight loss I entered the site thinking I was special with special problems but I am now happy to say I'm just normal. Sure I count calories, I even weigh my food, to some people this may seem like extreme dieting but I much prefer to weigh my pizza rather than avoid it altogether I don't see food as the enemy now, nothing is avoided I instead believe in everything in moderation.

I do worry when I see magazines aimed at women suggesting extreme faddy diets, these diets are dangerous, they create more problems than they solve. They nearly always lead to yo-yoing and eventually the body gives up and you just can't lose any more weight. Food shouldn't be seen as the enemy, it should be enjoyed and nobody should be made to feel guilty about eating a Tunnocks teacake. When anything is off limit it always makes it more tempting, having a little bit now and then helps avoid binging on the goods at a later date. I eat a myriad of 'junk' food but I also eat a number of healthy foods, I have balance, I try to have balance everyday but if a special event occurs or even if I just want to do a 24 hour movie marathon I'll just indulge.

I'm over halfway through my journey. By October last year I'd lost 48lbs, there was still a way to go but when I became ill, barely able to move, instead of panicking and decreasing my calories to counterbalance my inactivity I increased my calories to maintenance level (around 2000). Previously I had been netting around 1500/1600 calories a day although usually consuming 2000 thanks to exercise! I'd just adjusted my daily calories allowance to be an average over the week so TDEE with exercise included and a slight cut rather than the MFP method of allocated calories plus exercise calories - although I think this is wonderful too and helped me lose weight. I've continued with the TDEE and when I was completely bedbound, needing help to use the bathroom, sponge baths, etc. I wasn't really concentrating on losing weight but I adjusted my calorie allowance to around 1800. The fact that I increased my calories not only to lose weight but also when I became ill I credit as the reason for not gaining weight when so immobile, I ate what I liked within my allowance and made sure I enjoyed the foods I loved before hospital. Last week I weighed in for the first time since last year and I'm actually down 3lbs so this is where I am now.

The active badge is on the right hand-side of my blog. Now don't expect to see a huge weight loss from week to week. I'm not at the point where I want to put that much pressure on myself. The plan is to eat the same calories and slowly up the activity. I don't even weigh in weekly. Weight loss should be slow and fairly steady. I'm thinking of the next few months not the next few weeks.

I also want to reclaim the word diet, us humans say diet to refer to skipping food, punishing oneself, basic temporary starvation menthods but when we refer to the diet of other animals we just think of it as what they eat day to day. When I refer to my diet I don't mean a special way of eating for a short term I just mean my day to day food, nothing omitted, it is just what I eat to live. You may have gathered that I don't quite agree with diet diets, they have a place if someone needs to lose weight for surgery or for the seriously obese but for those in need of losing a few lbs a more sensible lifestyle change should be adopted. I want to support women, I don't want anyone to feel ashamed, there is nothing to feel guilty about.

Exercise has also played a huge part. I think everybody always complains that they hate exercise at first but there are so many different things out there something will appeal. I wasn't sure at first what I'd like, I was a big swimmer in my youth but after I perforated an ear drum I was reluctant to swim as much so I needed to find something else. Now I've found there are a number of things I love to do I've missed them so much whilst I've been ill. Standing pilates, normal pilates, yoga, circuit training, jogging, badminton and weight lifting. I just want to get out there but I still have to take it easy. I already have a new exercise to add to the list, boxercise, once I'm well enough. Eventually I'll have an exercise for each day of the week which is fantastic as variety is important.

One thing I have been able to start doing is walking, I was bed-bound for so long I'm over the moon to be able to get out for a walk, sure they've been fairly short but they'll get longer and steeper. This is where the journey ends, at the beginning of this article I posted a photo I took last week from my walk to represent my metaphorical journey but as mentioned in the title it also represents an actual journey as not only do I walk in this area but it was where I started jogging, it's in a quiet area so nobody to embarrass myself in front of and one day I'll be back to embarrassing myself in front of nobody jogging down that very path.
Posted by Unknown at 16:00